Review of Being Human U.S. Season Two, Episode Two: Do You Really Want to Hurt Me 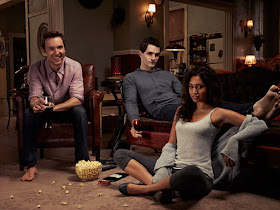