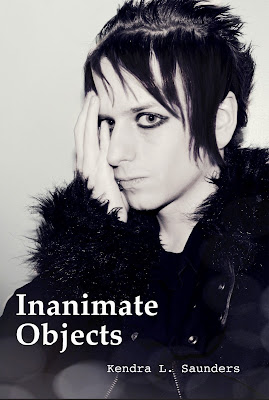 Leonidas is an up-coming new artist; outrageous, flamboyant, stylish and edgy. With a unique style and incredible talent – he has caught the eyes of many, especially Matilda. Lady Matilda August, an immortal muse who has had centuries of training, moulding and controlling artistic talent, bringing out the very best in artists and ensuring they will be remembered for generations to come. She is fantastic, larger than life with connections around the world and the power and the influence to take Leo wherever he wants to go

So long as where he wants to go is exactly where she wants to go. While she can give Leo everything, does Leo want to pay the cost for all that?

Meanwhile, Elisha August, Matilda’s immortal son is driven by revenge for the cruel death of his wife – cursed to die in his arms many years before. Elisha is convinced that his immortal magician father is behind the death and is determined to kill him in revenge. But his plotting threatens to drag his mother into his schemes – as well as Leonidas and his sister, Helena, caught in this immortal drama

This book is, in many ways, a work of art. I’ve said before how frustrated I get by overwritten works – I have a much stronger preferences for concise, plot driven works rather than reams and reams of flowery prose that doesn’t advance anything. Yet this book takes it’s elaborate prose and makes it work. It artfully uses very lengthy and repeatedly revisited description to paint the scenes amazingly well.

It also upholds its themes throughout. The pain of immortality and mixing with mortals. Of what’s actually important to an immortal. Of freedom from an overwhelming force that may bind you by giving you whatever you want. Of individuality. These are powerfully maintained throughout through the very well built characters.

And the characters are well built indeed – they’re vividly described. They’re generally pretty complex with even their surface shallowness covering a wealth of motivations We get to see their past and history and how that all came together into a whole making them all rich, three dimensional characters.

We also have an extremely good analysis of class. With Leo being treated as a pet by the stupendously wealthy Matilda who uses her wealth and influence to flutter from event to event, sure that her long experience, reputation and wealth will ensure that she is honoured and praised. Leo is arm-candy – to attend the events Matilda demands, to wear what she wishes, to meet who she wishes and, ultimately, to do what she wishes. She tries to map out his life for him and pull him in based on her fantastic wealth and contacts and what she can offer him. She regards Leo as a commodity to buy and control. Her friends and peers are astonished at the novelty of someone who grew up so poor and had to resort

We have some great analysis on Helena, who used to be fat and ignored – and now she has lost weight she is seeing so much attention – and rather than being grateful for it, she is angry about it. Angry at these people who dismissed her as a person before, who ignored her until she became thin and was suddenly worth her notice.

Inclusionwise, sadly, we only have a couple of POC who are passing background colour and not much else.

We do have a really fascinating world that’s artfully hinted at. A world where there are vampires, but we only see them in passing. A world with magicians but only hints at what they can do and what they can achieve. There’s a lot here and the hints just make me hungry for more because there’s so suggestion

I also have to give the author extreme kudos for originality. Not just style and description but the world described and the concept are unlike anything I have come across in the genre. When we seem to read books that cover the same themes over and over, it's a surprising relief to find something that is so unqiue

Sadly, while we have all these wonderful things, one thing we don’t have it plot. We have setting, we have characters, we have theme – but we have no plot. We have constant interaction and musing between the characters – but hardly anything actually happens until the end of the book. It’s all character building, thematic setting and meeting after party after gallery after party in all of which the same few characters meet up and talk to each other again. It's wonderfully done - but it's not enough to cover a story

Beautiful setting. Amazing writing, a true work of art – but, ultimately, and I hate to say it, I was bored because nothing happened. It reminded me of amazingly crafted Literary fiction, artistic, full of nuance and theme and brilliant turns of phrase, yet still dull because there’s not story behind it.

While it's not to my taste, it is a wonderfully crafted book and I really can't write enough praise on how well written it is and how the descriptions and settings truly leap from the page and make you feel both the places and the characters. In many ways it si worth a read just for this excellent style

I think this book is like a beautiful spun sugar desert. Incredibly beautiful, elegant, artistic and shows that its creator has some truly amazing skill and astounding talent. Yet, ultimately, when you eat it you just wish you had a slice of nice, gooey fudge cake instead. However, just as I know there are people who love these gorgeous sugar confections, I’m sure that if you love this style of writing, you will adore this book. Me, I’ll stick to be stodgy treacle sponge.