Fangs for the Fantasy Book of the Week 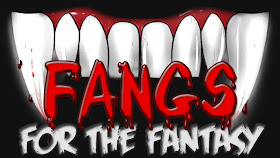