The Art of Inserting a Token 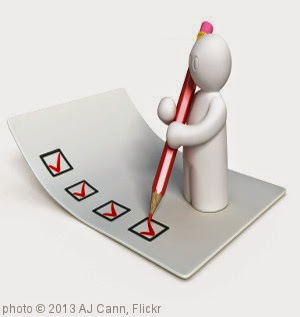 One of the prevailing problems with minority representation (beyond erasure - which is still a major issue) is tokenism. The minority character who is dropped in to, basically, be a minority. They’re there to tick some boxes on the inclusion check sheet so the writers/producers/creators can all sit down and pat each other on the back for being all modern.
Of course, “random minority” may be an accurate description of a cast member, it does become awkward actually coming up with a reason why your super special protagonist has, say, a Black lesbian following them around. Of course, you could actually create a fully rounded character with actual goals and a life and issues that blend into the plot line and fully integrate them with the story. But that’s a whole lot of effort for some inclusion box ticking! That might mean working for those precious inclusion cookies!

Instead, here are some handy-dandy tried and tested methods to get your characterless token seamlessly shoe-horned into the cast, following you precious protagonists around while you bask in the warmth of your benevolent diversity.

Wait, I hear you cry, this sounds like a lot of effort! You’ve got to establish an actual relationship and make the protagonist care about them and give reasons why they’re friends; that’s a lot of bother!

Ok, you didn’t want to go with friend because you still thought you’d have to have your protagonist at least PRETEND to care about the friend’s issues. And then you’d actually have to give the friend some issues which is just so much effort for a random token. So, go for family instead! After all, you choose your friends but you’re stuck with your kin, right? As an added bonus your protagonist doesn’t even have to like them - or be remotely likeable - that familial love is an automatic given. All the bonus of a friend, for even less work.
If you’re really good, you can also pull this off with a love interest. After all, they love the protagonist so that gives them plenty of reason to hang around; but this is tricky since you have to present them as someone your protagonist actually loves without actually wasting time giving them a personality.

This has all the bonuses of a friend, but also lets the character keep them around on the job - and no need to worry about them having any of their own storylines, they should be leaving that personal crap at home (unlike your protagonist who is special and different, of course). We have the same instant, development-less motivation to be around and to serve - and because it’s their job we can even count following the protagonist around as fulfilling their job!

The trouble with the colleague is that they’re ALWAYS THERE. And sooner or later someone’s going to point out that they’re a moveable cardboard cut-out. So, get someone in who is a little less high profile - someone whose job means they’re always kind of around the protagonist but not all that involved. Then you have a minority to tick those boxes without the demand to actually do something with them

Which brings us to the cop - which is a special kind of Support Worker when your protagonist isn’t a cop. Oh the cop is a tempting token. Firstly, they’re useful - covering up evidence, warrants, inside information, apparently wandering around doing whatever you want without ever being accountable. A cop is a gold mine. As a bonus, you can use the whole “justice” “keeping the peace” “protecting people” as a total motivation for why the cop is following your protagonist around

If setting up a support job is just too much effort for you, there’s a quick and dirty move to inclusion - the servant! The servant has to, well, serve - which means they can be on screen and completely focused on your protagonist’s issues without any need for pesky development! Be they employed, cultist or follower they can follow your protagonist around like a lap-dog

Ok, the problem with all of these is they tend to be a little… subservient? A lot of people complain when you have a minority who just follows the protagonist around, serving their every whim. I know, people are so picky about their tokens! Well, here’s a great counter - the BOSS. You’re putting a marginalised person in a position of authority - who can complain about that? As a bonus, bosses are rarely around so you don’t even have to have them show up all that often (promotion to obscurity!).

The problem with the boss is you can’t get much use out of them. They’re the boss! Your plucky, I-don’t-play-by-the-rules-I-do-it-my-way-and-am-awesome protagonist has to strike sparks with the boss so they can prove the boss wrong and show everyone how awesome the protagonist is. But we still want that powerful, authoritative minority for those tasty inclusion cookies - time to break out a Sage! These guys show how Wise and Powerful they are by freely handing down awesome advice, aid (often magical) and random information, often for no payment. How could anyone complain about that? And, of course, since they exist to dish out wisdom, they don’t need any actual characterisation

Screw it, who needs a reason? Sometimes a scenario will drop in your lap and you just don’t need a reason for someone to hang around your main character. Dystopians are great for this - “fellow survivor” is all you need to ensure that box is ticked. They can just hang around at the back, occasionally killing zombies/aliens/weremoose and ensuring that minority box is ticked. But it doesn’t take a survival horror to force characterless minorities to gather - covenmates, pack members, fellow secret-society cultists; anything that forces people together just begs for a token.

With this handy (but not even remotely exhaustive) list of examples and these tried and true method of shoe-horning in tokens, you should be gorging on those inclusion cookies with absolutely no effort! Tick those boxes and you can expect adulation for your diversity any day now (or at least you can hide behind them if anyone dares to accuse you of erasure)

Or you could actually spend some time investing some development and characterisation into your minority characters and actually making them, well, characters… an unfortunately radical concept.
Sparky at 9:00 AM
Share
‹
›
Home
View web version