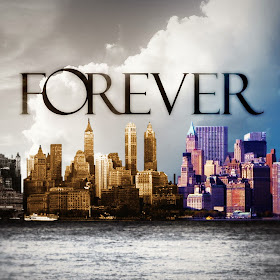 There’s a busy line in an embassy (Ukesh? Urkesh? I’m fairly certain it’s a fictional country) with people applying for visas – all seems normal until, when asked his reason for visiting, one man (Armen Aronov – and they seem quite focused on his name) says he is there to die. Which is rather derailing. She runs to her boss stunned by who is applying for a travel visa.

Armen then goes to feed the pigeons and has a heart attack – so his travel plans are, we assume, curtailed.

And breakfast at Henry’s house (Henry and Abe breakfast with the excellent synchronicity of people who have eaten together thousands of times) and Abe is looking up people who share his newly discovered surname, looking for relatives. Abe is really excited about finding his family (which Henry respects) but takes a step back to assure Henry that there’s no doubt in his mind who his father is. this wonderful family moment is, if anything, ruined by Henry’s voice over about family trees.

Anyway, Henry is called in to Armen’s death but Hanson and Jo point out it’s not actually a murder and a rookie cop called it in by mistake – Armen had lung cancer. But Henry sees an odd operation scar and decides he wants analyse it anyway.

This lead to some flashbacks of Henry and his wife Abigail, going on a holiday by train back in the past after World War 2, briefly discussing having a baby (Henry is opposed) and a boy with appendicitis who Henry has to operate on in very amateurish conditions. The implication is the boy is a young Armen with ominous foreign agents threatening him with dire consequences if Armen doesn’t live because he is the son of the king and heir to the throne of Ukesh.

Back to the present and the morgue and a woman barging in claiming Armen as her husband and confirms that Armen is the king of Ukesh. Henry talks to her in Russian, of course (Jo says, very on point, that a person would have to live 10 lives to pick up what he has. Oh Forever don’t get cute about not telling Jo the big secret).

This talk of heirs and kings lead to Henry going back to the shop, sneaking out some objects and asking if Abe never wanted children or a legacy – Henry reflects but decides that being part of Henry’s immortal life ensures some level of legacy anyway. The ring Henry picked up is the Urkesh royal ring he wants to return. He goes to see Armen’s wife and, in the course of the conversation, he learns that Armen wasn’t been treated for cancer. Which is a lead because Henry recognised the signs of radiation exposure – and assumed radiation therapy – on the body.

Jo, Hanson and Lt Reece (I missed her!) exposition this fictional country – the king was deposed, his family slaughtered and he was living in exile. Reece would like to have the whole death be declared the natural causes it seems to be (and so definitely won’t be) and have it all settled before an international incident makes everything unpleasantly dramatic.

Which means no-one is thrilled when Henry dramatically calls the death an assassination.

To the embassy where Henry tells Jo when he went to Ukesh (as a stop on the Orient Express for his honeymoon). This also gets us a flashback of Henry being hugged by the old king, Armen’s father, for saving his son’s life. Back to the embassy they interrogate the Ambassador who, as an official of the new regime, isn’t exactly a fan of Armen (which causes all kind of hostility from Henry – including his rather odd assumption that a well decorated embassy somehow indicates how well paid the ambassador is – even implying corruption). Jo isn’t a big fan of Henry’s hostility.

The ambassador does decide to talk to them outside the embassy, while ordering food and reveals Armen bribed him with a huge diamond to help him get back to Urkesh quickly

More investigation – Armen was poisoned with Polonium-210 and the extremely disgusting examination of Armen’s stomach contents (poor Hanson. And respect Lucas’s skill, we don’t often see him shine; even if it was geeky and disgusting).

They go to the restaurant where Armen ate his last meal – and find that the old Ukeshi owner was once tortured as a child by the Ukeshi royal family who also has a radioactive bowl.

They question him but he protests if he had known Armen was king he wouldn’t have “poisoned him like a woman” (the sexism of which Hanson objects to) and just stabbed him instead. He mentions a woman he was eating with.

So back to the lab and instructing Lucas to see if they can find the woman’s DNA (and, as Henry puts it “I’ve known men who’ve been sexually active very late in life” yes, Forever is definitely doing the cute hint dropping thing).

They track down the exclusive club Armen visited and the identity of the woman he was with – Lydia, a cocktail waitress. She reveals that Armen told her he was her father (which means the accusatory nature of Jo revealing Armen’s death is rather harsh). She grew up an orphan and Armen’s revelations were quite a surprise – and she didn’t believe him and assumed it was all a con when he mentioned being a king and everything. She also mentions he said his wife would kill him if she knew. Henry and Jo give her the dual revelations that she’s a princess – and an orphan again.

Another Henry and Abe moment, as Abe connects with his extended family, Henry regrets that he and Abigail didn’t have such a large family to share with him and not having children to give Henry siblings. Flashback time! To the old king wishing his son wouldn’t be king and would have the choice to be whatever he is (oh please don’t play the terrible burden of being fabulously wealthy thing).

Investigation again – they ask Armen’s wife about his infidelity (she knew about) and his illegitimate child (which she didn’t). She is extremely shaken by the accusation and the implication – protesting her love in shaky, dramatic, emotional terms, casually scattering diamonds about to show her contempt for wealth as a motive for marriage. She collapses – and Henry realises she’s also been poisoned with Polonium. Henry brings emergency medical help and saves her.

They find where the killer broke in – and left the diamonds making it clearly about assassination and not theft. But they’ve left a clear clue behind that they’re a consulate worker who fingerprinted the king

The consulate can’t officially help – but the ambassador helps anyway clandestinely giving up his employee’s (Asif’s) details and revealing that Lydia had visited the embassy.

Asif has already broken into Lydia’s flat, planning to kill her as the royal family killed his parents. There he discovers Lydia has a baby – another member of the royal line. Jo and Henry arrive – and in the ensuing firefight both Lydia and Asif are shot.

In the ambulance on the way to the hospital, she pleads for her baby, terrified he will grow up an orphan like her.

In the hospital someone sees Jo and Henry with the baby and declares “your baby is gorgeous” causing a cute flail of !we work together!” yes, Forever is definitely doing the hinting thing.

After hours of babysitting, Henry goes back to Abe who has a dramatic revelation for him – they’re related. They have a common ancestor – Abe is descended from Henry’s uncle.

Time for touching closing scene, including Jo, Hanson and Lucas eating together (This is closing scene? Damn that would have been awesome!) and Lydia, her baby and Armen’s wife meeting in the hospital – and accepting her as family.

And Henry tucking Abe in.

I really liked Henry and Abe in this episode – the little moments. Like Henry honouring, respecting and encouraging Abe’s need to find his biological family but, at the same time, Abe being undoubtedly clear that Henry is his family and looking for his biological relatives in no way detracts from his regard of Henry. I think this also fit nicely with his talk about Henry being his legacy – yes it means a lot of Abe’s life is invested in Henry, but it also shows that when Abe thinks of his family continuing, he thinks of Henry – and how he has influenced and shaped Henry. It’s a nice honouring of both origins (and, given Abe’s history, collected ethnic group and experience) but also that family is not defined by blood.

Which is why I was a little disappointed by the blood connection belatedly discovered – because they’d just made the point that Abe and Henry were family without it. It’s saved somewhat by Henry pointing out that, if you trace any family line back far enough, everyone is related.

I also am surprised that the show backed off on an overly simplistic rendering of Urkesh and the monarch. Henry is clearly, by his own experiences, heavily biased in favour of the king. But even with his generous gaze and defence it’s made clear that the monarchy was hardly a benevolent force in the country, even if the current monarchs are scarcely responsible for it (though, equally, they profited from their legacy which could have done with some more examination).