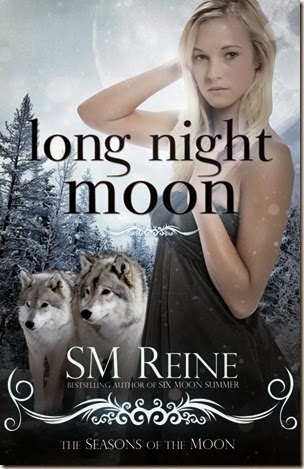 Rylie is almost beginning to learn how to be a werewolf, or so she thinks. Her life is working, so it seems.

Except people are dying – is it the responsibility of the new werewolves in town? And even if it isn’t, can she control her territorial instincts?

Like the previous books, this book continues the story of Rylie and her development. Rylie the new werewolf trying to find her way even as she seems to have things sorted out at the end of the last book with her and Seth and Abel.

And it doesn’t go to plan

I like that. From book one there has been a sense that Rylie is a special werewolf. Sure she turns into a wolf, sure she has anger issues and sure she doesn’t remember what she does in wolf form, but she’s a special one. Her specialness is relied on repeatedly by Seth to keep him safe and is an underlying theme

Furthermore, contrary to this idea of specialness that has been implied and so pervades this genre, we also have an indication that there are people who may be better at this whole werewolf thing than she is. That there are people who are not only better than she but that they may be able to offer her something. Or, to put it another way, the awesome and powerful figure I know Rylie will become in the future

Rylie predominantly focuses on Bekah of the new werewolves. I’m hoping this means she will play a greater role in future books and may finally be the one woman Rylie’s age who she doesn’t loathe with the fiery passion of molten silver – because it’s about time. Of course, that focus in this book means she DOES focus on her with the fiery passion of molten silver quite unlike her brother (though I do question why she repeatedly thinks of Levi as sick or even rotting).

In terms of storyline, I don’t think there’s much to say because I don’t think there is much in the way of story. People are dying but only Abel really focuses on it and he in a not very coherent fashion. They’re more a backdrop to Rylie’s daily life that both lacks the mundanity of a daily life storyline and lacks the events to set it as other than that. We have mini events, a dance, a therapist visit, Rylie’s constant hostility towards Bekah and her struggle for control and, of course, Aunt Gwyn‘s illness. But an actual storyline? I think it’s lacking, even more than the previous book which left me at times wondering exactly what I was reading, what the point was and generally losing me.


Levi and Tate are gay, which is a nice inclusion. They’re not major characters with storylines in their own right so much as they are catalysts for more action in Rylie’s life. They’re still not bad characters and there are several elements that interest me – including lack of fawning over Rylie and Seth’s reaction. Seth seems to be at least somewhat homophobic and to be repelled and appalled by both them and Gwyn being a lesbian. This is actually one of the instances of a portrayal of homophobia being handled decently – homophobia isn’t reduced to something only the evil villains of evilness do (alas, it’s not the case) and, at the same time, Rylie is not impressed and pretty derisive of Seth being so shocked and appalled that gay people exist. It’s similar to how Rylie was presented as having terribly ignorant about HIV in the last book – the wrongness was presented and then challenged.

Seth and Abel, the two main characters after Rylie are both Black men. Originally there are elements of Abel that feel a little like violent/animalistic Black man trope – but not more than Rylie and them both being werewolves (for an interesting twist at the world) and Seth is a wonderful counterpoint with his focus of academics and his desire to make a career and normal life free from violence

The ending is good, – albeit terrible if this were a stand alone novel. It has some excellent twists that completely upend so many of the genre staples and put Rylie in a whole new light while simultaneously setting her story up for a complete new chapter in her growth and development even if she is left licking her wounds at the end.