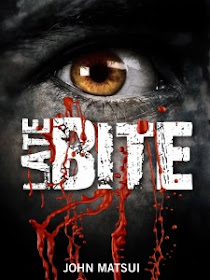 A man has been arrested for a series of attacks. Attacks in which he drunk blood

He is representing a vampire on trial – and trying to prove this revelation not guilty in the middle of a media storm.

It also brings us a really fascinating concept of vampires – as a separate species evolving alongside humanity and slowly being wiped out by humanity’s numbers. Not because of hatred, or persecution or murder (except way back in out history where, thought provokingly, it points out that the lack of other subspecies in the homo genus does suggest that ye old homo sapiens did not adapt well to competition) but through simple environmental devastation. It’s a very original concept

The problem is that I find myself being distracted or becoming disinterested in a lot of this book. Many times I kept questioning why I was being given various pieces of information – almost from the very beginning this book introduces me to Al Hamblyn, the main character and Dragul’s lawyer and we get a mini biography of him. Or a not so mini biography. And it’s not bad or even badly written – but who is this guy and why do I care so much about his life? This happens several times in the book, we get more snippets of Al’s life and I’m just not really sure why I know

And it’s not like Al is a bad character. He isn’t – far from it. He’s intelligent, driven, far from perfect, with good flaws even though he tries. He has some great friends and some great people in his life who really make up a really fun legal team. This is not a bad thing even by close – it’s not a bad story I just don’t really know why I’m reading it

There’s also a surprisingly smooth pathway. Everything just seems to go so well. The court case, their life after the court case. It also does the annoying thing of introducing the middle of the book as a prologue so the court case fails any attempt at tension because we already know the result of it. I find myself fighting not to skim this book simply because I know exactly what is going to happen for so long.

Again, it’s not bad, it’s not a bad story, it’s not exactly boring but it’s not exciting either. It’s interesting, mildly fun and has the excellent world building backstory of the vampires to give it more originality than I’ve seen in so many other books. I didn’t regret finishing it, but at any point I could have put it down, not picked it up again and not felt compelled to find it

This means when the story changes immensely after about the half-way to two-thirds when we finally, and belatedly, get some action. It’s almost jarring – suddenly we have Russian mercenaries everywhere. It’s like a second book was hastily pasted on the end – and it was certainly more exciting but also confusing

We do have a lot of racial diversity in this book – it is set in Toronto and there is definitely some representation that Toronto is not an all white town. From police to lawyers to witnesses, to crime victims – there’s a large variety of races represented. But none of them are major characters. Al, his mentors Sally and his old professor, Dragul, his assistant and his ex-wife and son are all White. All other characters are really minor, little more than names.

Sally, as a pro-bono lawyer for the poor relying on donations, does bring some excellent insight into the injustices that exist in the justice system and the struggle. The flip side we do have some appropriation of marginalised populations – including First Nations – to reference the vampires. We also have a large number of disabled, mentally ill people being magically cured – and while it’s nicely acknowledge that mental illnesses don’t just go away, it’s taken down by then having, well, mentally ill people being cured.

There are no LGBTQ characters in this book

I’m not going to spoil the ending even though it has a doosey of a twist at the end. It’s a huge twist. Yet it’s also the oldest of old clichés which is almost bizarre but still I totally didn’t see it coming. And in many ways it perfect addresses so many of the conflicts I have here – why we seemed to be focusing so much on Al Hamblyn, why there’s so little conflict in this story and why everything seems to go so smoothly and contain so much information that isn’t necessarily relevant.

It doesn’t necessarily make it all excellent or fascinating reading – but it does add a complexity and a reason to it. It makes all of this foreshadowing to the twist which is an artful inclusion. But I can both admire the skill, intelligence and originality (yes even with a very old trope) of it while at the same time not finding it fun