After looking at the ranks of Musty Vampires, we have to look at the flip side of the coin - our sexy vampire villains. With their cool accents, their disposable minions and their diabolical plans, these vampires remind us that the undead are, indeed, monstrous and dangerous and not to be trifled with. In this era of sparkling and musty vampires pursuing teenage girls with tearful eyes and tortured souls, it’s refreshing to find a vampire who is clinging to their horror story roots.

So, which one does it right, readers - who is bringing the evil back? 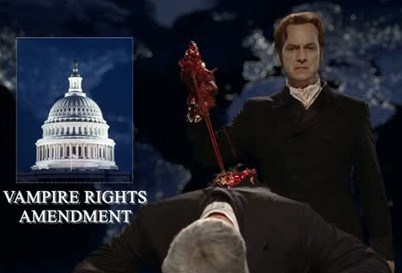 Russell Edgington: Russel made his appearance in season three of True Blood. When he was not mourning for his lost love, Russel made infamous television appearances (which managed to be both horrifying and amusing) and showed no pity, when it came to hunting and terrorising Sookie. Russel is ancient and not even remotely interested in dancing around with vampire authorities - even killing an inquisitor to prove his point. He aligned himself with the werewolves, hooking them on vampire blood ensuring that, like any self-respecting villain, he has minions. While he lacks the required menacing British accent, he is a British actor, so he still gets points. For his classic one line zingers and bold actions, Russel is a villian’s villan.

We last saw Russel encased in concrete - but what can be more villainous than a villain who is sure to return?

In The Vampire Diaries, Klaus is one of the first vampires, one of the Originals, making him over 1,000 years old. He’s also a hybrid - a combination were-wolf/vampire and nearly impossible to kill. This also provides him with a necessary staff of minions. He makes long ranged schemes, and is willing to kill anyone and anything to get the job done. Like all good villains, he has a menacing British accent (an almost pre-requisite), so he sounds suitably malevolent when required.

Klaus, alas lives in Mystic Falls and, as such, is exposed to the Aura of Mustiness. He has now started to fall in love with Caroline and is, no doubt, being slowly drawn into Elena’s Mary Sue field and will soon be adoring her and serving her like everyone else. He has already started the angsting and the crying that is the first symptom of being thoroughly mustified. Enjoy him while you can, vampire villain fans, before the angst claims him forever.

Spike is the original British vampire and spawned many a bleached blond, punk rock copy. His razor cheekbones inspired a following - that alone must speak in his sexy favour. He has little patience for the whining Angel and much preferred Angelus. He has a quick quip for every situation and a British accent (wittiness and accent both being essential for a proper villain). While he did work solo on occasion, we have seen him with numerous disposable minions and an entourage -- as every true villain needs. Naturally he is brutally violent and quite willing to get down and dirty when required and while he never mastered the creepy, Drusilla was there to fill the necessary creepy quotas.

Unfortunately, like Klaus, Spike has fallen prey to Mustiness and fell love with Buffy.  In the end, however, though a part of him wanted to be worthy of Buffy’s love, Spike was Spike and could not change. 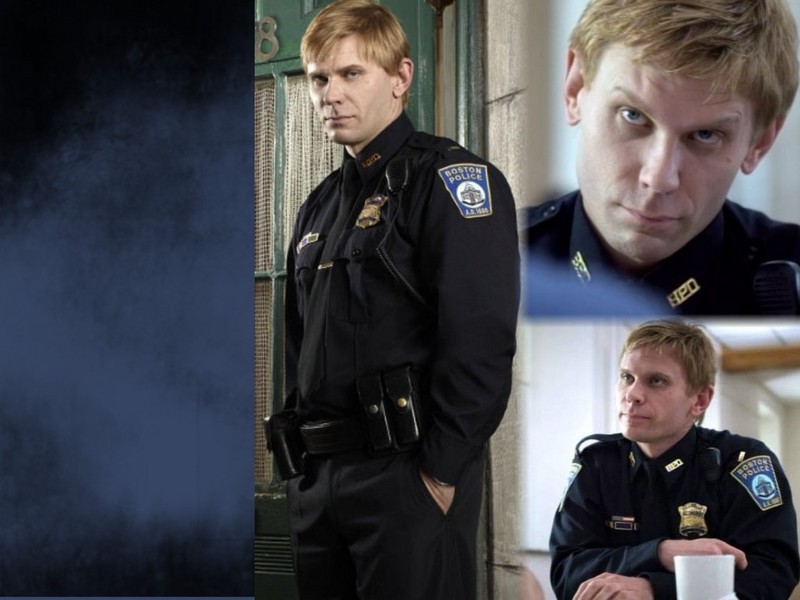 James Bishop:
Even from the grave, Bishop is still tormenting Aidan - talk about carrying a grudge and having staying power.  Like Russel, in life he was very interested in being the father of a new world order.  Bishop takes points for not only wanting to change the way that vampire society worked, he also wanted to ensure that humans only existed as food. He had very little tolerance for humanity whatsoever and his main goal was to break Aidan of his little penchant for pretending to be human, and to be the vampire that he was meant to be.  This of course was his undoing.  It’s awesome to have a villain who doesn’t actually hate being a vampire for a change.
Renee at 12:00 PM
Share
‹
›
Home
View web version