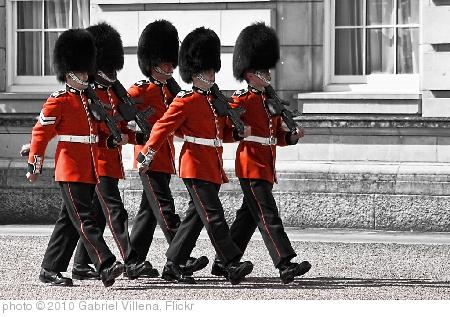 Deep within our lexicon is the trope Dick Van Spike. And it amuses me muchly it does, oh yes it does. I often read passages aloud to see how many people I can get giggling

The sexy British vampire isn’t the most common in the genre (Scandanavians seem to becoming more popular thank to True Blood - but the portrayals include far less accent mocking - but it’s coming! Don’t you get comfy, Swedes!), but it certainly has its place and in the interest of ensuring the integrity of these characters I feel we need a guide on how to write a truly authentic Urban Fantasy British Vampire

First of all, you need profanity. Nothing says authentically British like a character who can’t stop bloody swearing every sodding sentence. Specifically it must be special British profanity. Now, if you go to Britain today, you'll probably find that “fuck” and “shit” etc are pretty common. This will not stand! Such generic cussin’ completely ruins the mood. No, find some truly British cussin' – “bugger”, “sod,” and of course the holy grail “bloody”. Yes, nothing says British like a good “bloody hell”.

But if you really want to go for gold, try to find some anachronisms. “Bloody” is good, but “Bleedin'” and “Bloomin'” (the missing gs are important! We’ll come back to that!) are jackpots. In fact, you might want to check out some Shakespeare – sure your by our lady protag may sound like a concussed, time travelling renfair reject, but at least he's an authentically British, concussed time travelling renfair reject!

Secondly, you must use that profanity everywhere and all the time. In front of a truckload of nuns? His mother? Small children? Never mind that – bring on the profanity! Nothing breaks the ice like a foul mouthed tirade in front of your aged granny. Not only that but squeeze it in everywhere. If a sentence doesn't have at least 3 of them in, you're slipping. You can't ask for a cup of tea (and it better be tea! British people cannot drink anything else, it is known. In fact, what you don’t know is because of our unique British constitution, tea is actually crack to us. Heroin addicts have an easier time of going cold turkey than british people have doing without the Earl Grey, it is known). He needs to “Sodding ask for a buggering cup of bloody hell tea.”

Which brings us neatly to the next point. Any of these profanities can be used anywhere in any context. Yes “that buggering thing” is hardly in common usage and “bloody hell” isn't really an adjective, but don't let little details like that get in the way of authenticity!

Thirdly - the accent. Those missing g’s. So we can have bleedin’ and bloomin’. And advanced classes can skip some hs too - bloody ‘ell. Remember, while you’re making the effort to type the accent, there’s no rule saying ti has to be consistent! In fact, often you can get away with just using your authentic accent on the authentic cussin’! If you truly want to go the whole hog you can have “loves” (or even luv’s!) and “duckies” and even the odd “pet”: now these terms of endearment tend to come from different parts of the UK, but let’s not complicate things. Remember there is only one accent in the UK; usually a London one - which is, of course, the only place in the UK as well. There’s London and the hot guys in kilts and nothing in between.

And we need a brief insert for Scotland here. They will wear kilts and tartan, they will belong to some kind of clan and they will live in a castle. Even if the story is contemporary, the whole land will resemble the 14th century (I think these authors think Edinburgh is a series of mud huts around many many castles) and there will be a big, brawny, bare chested red haired Scotsman seducing a fiery lassie! On the plus side, there are very few Scottish vampires out there; but werewolves? Scottish werewolves abound! I think it’s something about the hairiness for some reason

Ahem, back to the English vampires.. Fourthly - idiom! It doesn’t matter how convoluted the the sentences, how tortured the conversation, you simply must squeeze in some genuine British idiom! Never mind that no-one has used the phrase “sound as a pound” since the 50s, you simply must squeeze it in somewhere! And of course we need to use the word “pound” and “quid” even if your vampire has lived in the US for 50 years and is surely familiar with dollars. The British vampire simply must deal in sterling!

Fifthly - remember, there is exactly one period in British history, the 80s. Specifically, the punk movement. Now, you may think this was just a passing subculture embraced by a relatively tiny minority of British people - but not, not in Urban Fantasy. Clearly it became Britain’s new official religion - and there was an vicious inquisition ensuring everyone had appropriate mohawks. even musty, fusty Bill Compton in True Blood had to go punk when he went to the UK.

The punk inquisition also assigned the proper ration of peroxide hair dye. Speaking of - could any foreigners out there please send us some peroxide? We use so much ensuring everyone has bleached hair that our levels are dangerously low. We simply cannot be seen in public without bleached white hair!
Posted by Sparky at 9:00 AM