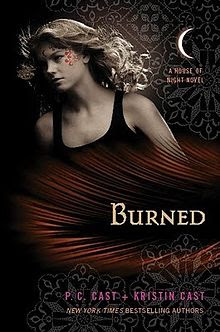 After a brief interlude with Rahim and Leo, the new battle is on. Leo, Laura, Nico and Dracula intend to lead their teeny tiny forces against the Turks (who lost all their tanks episode) and rely on the Book of Leaves-inspired lightening device to fry all the Turks who are conveniently wearing lightening attracting armour.

Of course all this may fall apart because Zoroaster and Sophia were captured last episode. Thankfully Lucrezia has also being captured. Lucrezia doesn’t stay captive for long – and when Bayezid goes to question her he finds that chaining her up only gives her new weapons to throttle him with. He’s duly strangled to death before Lucrezia happily goes on a little rampage (finding a convenient crossbow from somewhere) to free Sophia and Zoroaster.

They then head to set up the machine – with Zoroaster failing and badly injuring himself (and seeming to be dead – this episode does a series of “zomg this character is dead!” moment most of which don’t come to pass. I actually think it would have been much more dramatic, especially as it’s the last season, if a huge number of the cast were duly slaughtered. This probably says how little I’m actually invested in these people).

Just in time for Lucrezia to finish putting together the lightening machine (albeit taking an arrow in the process) and then we have lots of zappy zappy zappy – the entire Ottoman army is slaughtered. The remains surrender and the city is free.

Except for Lucrezia who, of course, dies in the name of Maximum Manpain for Leo. We always knew that she was heading for the nearest walk-in fridge and she’s finally settled herself in among the ice trays.

That’s a very quick summation but there weren’t a whole lot of twists there – and we kind of expected everything to go the way it did. It’s not a bad ending, it’s a quite satisfactory conclusion to the whole Ottoman storyline, but it’s a bit… predictable? Safe? Lacking in twists or intrigue or interests? Leo geniused the enemy and everyone is now dead?