Thoughts On The Iron Druid Chronicles

Unfortunately, I don’t remember the name of the person who recommended Hounded for our little book club, but I would officially like to say thank you on behalf of Sparky, Tami, Dan and myself.  It was an absolutely awesome read from the very first word, and I cannot say that about a lot of the urban fantasy books that I have read recently.

Unlike many books in this genre, not only is the author male, but the protagonist is as well. Atticus O’Sullivan is a 2000+ year old druid, who draws his power directly from the earth, and lives with his Irish wolfhound Oberon.  This is going to sound weird, but Oberon is one of the best characters that I have come across in a very longtime.  He is able to communicate with Atticus through a psychic link and is absolutely hilarious.  He goes from an obsession with Genghis Khan, to wanting to get it on with French poodles.  He is without doubt comic relief and is given some of the best lines in the book.  I found myself wishing that I could talk to my dog the same way.

Nalini Singh has created a fascinating world here. Set in the future, with technology that exceeds our own (albeit, not to a sci-fi extent), 3 types of human occupy the planet.

The humans are much like humans on our world – and rarely play a part in the story.

The psy are physically weaker than humans, but have incredible psychic gifts

The changelings are physically much stronger and faster – and can change into animals.

100 years ago the Psy made a terrible choice. In desperation and fearing the massive toll their abilities takes on their psyche and on the damage it causes to those around them, the Psy decided the only way they could be safe was to suppress all emotion in a policy they called the Silence. Through the Silence, all emotion would be stilled, Psy would become creatures of cold, practical logic without their emotions making them vulnerable to their psychic gifts or causing them to – by accident or design – harm others with their powers. For a group that could kill people with their minds – and frequently had often by accident – it was a blessed relief. 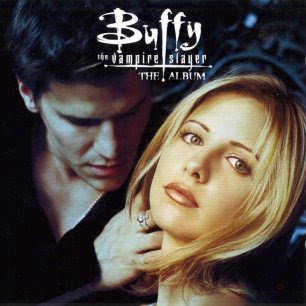 This season I learned that going to a frat house with older boys will lead to trouble.  See that girls, if you are attacked, it is all your fault for putting yourself in that position in the first place.  Good girls never date or are attracted to older men.  This is once again played out in Buffy’s relationship with the ever so musty Angel.  It is no accident that the moment that she decides to sleep with him, that he lost his soul.  Are you paying attention kids, there is a cost to teenage sex, no matter how much you lurve him. The very fact that Angel’s first act as a non feeling vampire is to slut shame the hell out of Buffy is telling.
Angel would then go on to stalk Buffy for the rest of the season.  The fact that he had lost his soul was enough for Buffy to empathize with him for much of the season, though he was clearly violent and a threat to her friends. This screamed of the old, he just can’t help himself mode that we often see attached to violent male behaviour in this genre. Excusing it in no way makes it healthy. I know that some believe that Buffy was redeemed because she finally got the guts to knife him at the end of the season, but from what I have heard, her pinning for him continues into the next season.  Stalking is illegal for a reason, and to justify this with the claim that he is just not himself, belies the fact that in many of these cases, real harm and even death occurs.  A more pro woman attitude would have been for Buffy to reject him outright, than to continue to express feelings of love for an entire season.
Read more »
Posted by Renee at 9:46 AM 0 comments

Fangs for the Fantasy Podcast - Episode 17

We begin with the vital importance of rescuing beer. After which we discuss what constitutes Urban Fantasy, Bisexuality as a codeword for ambiguous morality as well as other treatment of sexuality in Urban Fantasy. Again we discuss erasure vs problematic portrayals. We look at Connor Grey series by Mark Del Franco, Cassandra Clare, Chloe Neil's Chicagoland Vampires.

We also list some of our favourite Urban Fantasy series