The Almighty Johnsons Season One, Episode Ten: Like Jesus, Only Cooler 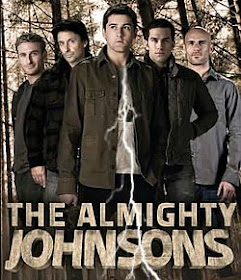