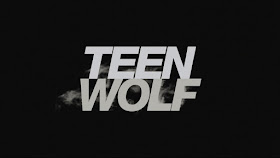 It is time for the Teen Wolf season finale, with the Beast running amok as Sebastian and everyone plotting to find a way to defeat him. Actually, it’s a little confused since it seems to bring together every plot line from every direction and I’m not super sure they all make sense, but hold on and we’ll try to grab them all.

The Argents have found the pike that Marie-Jeanne used to kill the Beast the first time (owned by one of the Dread Doctors who turns out to have been Marcus, Sebastian’s long lost friend which, I suppose, finally gives them a motivation for what they’ve done), now in nifty and portable sword-cane form. They have all their bags of tricks to stalk the Beast and give it a good stabbing

Scott & co are less willing to just murder Mason and want to bring him back – which they think they can do because they’ve dragged up some werewolf lore where you can make a werewolf turn human by saying it’s given name (wouldn’t that have been useful at some point in the last five seasons? Or this season). The only snag is a banshee has to do it. This out is brought to you from the department of ideas-pulled-out-of-writer’s-arses-at-the-11th-hour.

The downside to that is one of Beastie Sebastien’s attacks hit Lydia and badly hurt her throat. No banshee powers for you! He also mauled Hayden’s abdomen because why not?

So they’re down one Lydia, but luckily Melissa steps up with cortisone which, in Beacon Hills, magically cures gaping neck wounds! Yay, Banshee is dragged out of her near death bed to be a weapon! Go Lydia! You already spent most of the season locked in Eichen House, we can’t bench you for the season finale as well.

So good plan? No, because Theo. Theo has decided to try and be relevant by killing Vicky, one of his extra-chimeras with chimera powers, to steal her abilities while Deucalion snarks on. Now powered up by all his chimera’s, Theo decides to interfere – his getting involved gets Scott Kanima’d (only the venom only lasts a few minutes which I’ll out down to Scott getting more powerful), Lydia gets dropped in a pit and Parrish the Hellhound, distracted by Lydia, gets knocked aside by the Beast

Which promptly slaps Theo aside – turns out Deucalion has been working for Scott all along and isn’t really blind (because of course the one actual disabled character in this show is going to be magically cured) and totally lied to Theo about stealing beast powers. He snaps Theo’s neck. No-one was sad.

Can we have a screeching halt here to examine this? Deucalion has been working with Scott all along? Since when? I mean, did he really recruit Deucalion (who has no reason at all to like Scott) to infiltrate Theo’s gang (remembering he didn’t even know Theo was an enemy for a long time) to lie to him about Belasco’s talons not working before Scott even knew they were a thing?

This doesn’t even come close to making sense.

Theo out of the way, that leaves Scott and Liam to try and fight off Sebastian with the Pike (liberated from Gerard by Chris Argent who pulled a gun on his dad fully expecting Gerard to screw them all to make sure his name goes down in history. Alas he doesn’t die)

They fight, Liam tries to kill the beast (and Mason, his best friend ever, apparently) to save Scott but fails because the beast is so much more dangerous. Scott is nearly killed – but the beast stabs his claws into Scott’s neck and sees his memories of Allison who really does look EXACTLY like Marie-Jeanne. Confused to see Scott apparently remembering his long dead sister, Sebastian is distracted enough to let But now it’s time for Kira to come back from her little holiday, free Lydia from her pit so they can unleash the cortisone enhanced Banshee voice!

Mason is back – and Corey appears from nowhere to welcome him. No, really, he has been invisible THIS ENTIRE FIGHT doing ABSOLUTELY NOTHING. Did I mention this character is the most pathetic ever? That leaves the beast’s smoky spirit to be killed by Parish and the Pike and be officially defeated

Unlike Theo who is STILL ALIVE. So Kira unleashes the girl from the Ring to drag him into hell or the underworld. No, really. This is a thing she can do, apparently.

Oh, while this has been going on Malia and Braeden have been fighting Malia’s mother who reminds us she wants to kill hr daughter because when werecoyotes give birth they give some of their power to their kid – which she regards as theft and she wants to steal it back. This involves lots of tense gunfight moments with absolutely no connection to the main plot. In the end everyone is shot, Stiles gets a shard of glass impaled into him and Malia wins the power-drain fight using Belasco’s talons (the claws Theo intended to use to drain the Beast) possibly making her a super-duper coyote. The whole plot line feels kind of tapped on

We have some nice summation with lots of wonderful reflection on Allison which is a nice way of honouring her memory and going back to Stiles’s fears that they’d all split up with college and putting them to rest. But I’m brushing over them to segue into some of the main problems I’ve had with this season. Ok the ending had some really cobbled together storylines but I generally haven’t hated the plot line this season or of the pack coming together and being awesome which was always shiny. What wasn’t shiny was the treatment of marginalised characters

Take Malia, Braeden and Kira. All of them developed “storylines” (speech marks there because they weren’t really developed enough to be storylines) which, effectively, plotboxed them for extended periods or had them off doing their own thing pretty much ignored or only vaguely referenced by the rest of the cast. They were separated out away from the other characters, largely unsupported by them and just felt added on or distracted. And I still have ZERO CLUE why Braeden is involved. On top of that we had Lydia spend most of the season locked up in a mental institution being tormented and Hayden was basically Liam’s love interest. I’ve said it before, we have potential for some awesome female characters on this show that is sorely undeveloped.

Which also applies to POC – Scott is an excellent and rare Latino protagonist and again and again we’re reminded that his main power is his inherent goodness. Unfortunately while he stands out, the other POC on the show are hugely neglected. Kira has her side plot which took her far too far from the main plot, Deacon is an often forgotten resource that only appears when useful. Braeden is a completely unexplained and undeveloped weapon – why is she here? Why does she care about these people? What skin does she have in this game to risk her life so much?! Who is this person! Mason disappeared for episodes at a time, was never really involved in the plot and when he did it emphasised just how uninvolved he was

Like the other gay tokens on this show, Mason was hyped up again in the LGBT media, only to turn out to be another underused side character. And then he turned out to be the Beast – it’s laughable really because you can directly contrast Mason being the Beast with Stiles being the Nogitsune for actual impact of good-guy-being-the-villain storylines. Mason was never there, Mason was never involved… the twist just ended up being completely flat because of it because there was NO CHARACTER to be twisted. It just emphasised

And Corey – this supernatural chimera literally spent the entire season cowering and hiding.

Sadly Teen Wolf’s treatment of marginalised characters is always lacking – and the only thing more galling than that is that the people behind the show – from actors to writers to directors – all seem to be really proud of their record.