The Wasted Potential of the Women on Teen Wolf 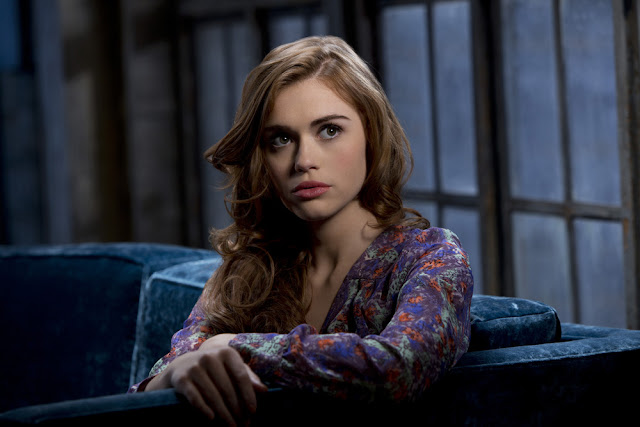 We have spoken before about the dubious treatment of women in this series - including the laughable label of the Argents as a Martriarchy despite their complete male dominated society. The female characters were too often victimised, utterly wrong  or killed off and discarded after being woefully underused


This has changed to a degree over the seasons - but even as the characters have become richer, with ever more increasing potential, that under-usage has continued


What is most frustrating about this gross under-usage of women on this show is that they have had some incredible female characters. It’s almost more insulting that they haven’t just made empty tokens to stand around and look pretty - because they’ve gone out of their way to create really well developed, interesting and inspiring women… then treated them like empty tokens who stand around to look pretty.


Lydia - a Banshee with her own arcane powers. A brilliant thinker, an excellent planner, a great source of knowledge and research for the group… yet how many storylines have we followed that involve her? Her Banshee powers are an interesting tool for tracking down useful information like the latest bodies or the whole force behind the “murder list”. But do we actually have any research or examination of what it really means to be a Banshee? Beyond “she screams and hears death”? Anything of their history, their legends, what else it means to be a Banshee, the history of her grandmother and what it means and how it affects her? Even her excellent relationship with her excellent mother, Natalie?


Where are these storylines? Look at all of that! All of those plot hooks? You could write several spin offs on Lydia’s storylines alone! Equally irritatingly, Lydia is one of the most involved women on the show, probably the most involved since Alison died - and her most prominent storylines tend to be related to her love interests (Jackson, Stiles, Ethan, Parrish). And, sadly, her most prominent appearances are inevitably of her in peril. Lydia has spent entire seasons of being in peril - her whole character is stained by endless peril to the point where we both begin and end the latest season with her in a catatonic state


Then there’s Kira. Again, another female character with amazing potential for her own storylines. She’s a Kitsune, a supernatural being that is screaming out for more development especially with all the hints we’ve had - all the touched on world building about different kinds of Kitsune, the tails as blades, even the Fox taking over Kira all beg for more attention. This is demanded all the more by the presence of Noshiko, Kira’s mother, a Kitsune with several centuries of existence and experience behind her. It is mind bogglingly ridiculous that none of the cast has felt the need to consult more with Noshiko, to delve into that incredible well of experience she must have. It goes from mind boggling to offensively ridiculous that Kira herself didn’t, especially as she grew more and more concerned about her Kitsune powers being out of control.


Instead the vast majority of her storylines, including the storyline of the fox taking her over - (a storyline that really should have been about her but ultimately turned into her fear of hurting Scott or Scott being unable to trust her) was all about her relationship with Scott


Kira and Scott actually have one of the few relationships on the shows we watch that don’t cause me to get friction burns on my eye-sockets for rolling my eyes so constantly.I like them together, I was sad when Kira was pushed away in part because of the damage to that relationship - but, like Lydia, this character is far too interesting and has far too much potential to be almost solely defined by her romantic relationship to a guy.


Which also applies to Malia. Malia, a woman whose quirky viewpoint and often harsh outlook makes her an excellent lens for looking at anything in a radically different light. She is not just a dangerous fighter, but that different lens gives her the potential to bring so much insight and knowledge that not even the most intelligent of the other cast members can match. On top of that, she must have her own struggles - she is quite literally relearning what it is to be human again. She is not just trying to catch up on several years of education but also relearning basic social interactions, and acceptable behaviour. And what about her family? Her father thought she was dead for years and now has a near adult nearly feral-daughter to try and reconnect with? And that’s before we consider Peter and the Desert Wolf, both less than stellar parenting models who practically scream for lots of conflict and trouble.


Yet Malia’s most dominant presence, beyond comic relief, is as Stiles’s girlfriend. Again, it’s not a bad relationship and not one I dislike - but there is such a vast potential to Malia that she deserves a far greater and richer depiction than what we have seen. She deserves her own storylines, not just the ones that extend Stiles’s story.


We now have the introduction of Hayden. Hayden who is struggling with a sudden revelation of the supernatural, Hayden who has supernatural abilities herself. Hayden who has her own personal struggles of chronic illness and the cost of medications. Hayden, in short, who has a lot of potential storylines and conflict in her.


Yet, again, what we get is Liam’s love interest. It consumes most of her attention, most of her screen time and pretty much all of her storylines. Is this Hayden Romero - or Mrs. Liam Dunbar?


On top of these excellent characters unable to be more than love interests, we also have the mothers: Noshiko Yukimura, Kitsune, ancient, font of wisdom and knowledge is, as I’ve said above, continually ignored despite it making no sense to do so.


Natalie Martin, Lydia’s mother who we’ve only seen glimpses of - yet those glimpses have been excellent. When we have seen her she has been supportive of her daughter as a capable - and sexual - being. And now we finally have an indication that she knows about the supernatural (on top of being the daughter of a Banshee and the mother of a Banshee surely giving her a moderate chance of being a Banshee herself) giving her the full potential to be part of the story… and yet we haven’t seen it yet and it’s unlikely we ever will.


The only reason Natalie doesn’t shine as being an awesome mother figure, beyond her sheer lack of presence - is because Melissa McColl is so damn awesome that she puts everyone else in shade. Her support of Scott, her fighting for him, her awesome pep talks, her dedication in helping him and his friends as they confront the supernatural - and the confidence to allow them and to expect them to do so - make her an all round excellent character (and, again, a mother who isn’t freaked out with the idea that her child is having sex). And, between the money troubles, the coming to terms with the supernatural, her worry about her son and being one of Beacon Hills’ Medical professions surrounded by mayhem, monsters and chaos - she has more than enough fuel for a storyline or three. In fact, I would be the ultimate fanpoodle for a Melissa McColl spin off series because the only thing that is wrong with Melissa’s character is her lack of presence on screen - her lack of doing anything but being supportive and dishing out truly awesome pep talks.


Yes, there are always side characters and supporting casts - and in a show that focuses on teeangers it is sadly almost inevitable that parents are going to be put in this role: but, like so many tropes it is made problematic by its prevalence and context. The parents being sidelined in a teenaged show would be not worth mentioning - if all the women weren’t all sidelined, teenaged and adult.


Because this isn’t just a current problem - it is ongoing as we touched in on our previous post (which, again, was named because the Argents were named a Martriarchy without any of the women being given the power, presence or control to actually make it so). Erica was introduced as part of Derek’s pack - again with a lot of potential storylines as the awkward, outsider suddenly gifted with confidence and power… and was sidelined (along with Boyd) almost completely until she was killed off almost as an afterthought. Contrast that with the treatment of Isaac who did get his own storylines and presence


Or there was Cora, Derek’s sister - remember her? Don’t worry if you don’t, she pretty much existed to be a briefly appearing Damsel for Derek before being clumsily dropped on a bus and shipped of the screen; never mind that all the angst, pain, history and experience that Derek had applied very much to her as well. Or Mrs. Morrell, the female druid we assume - and we have to assume because she just tends to appear and do some plot advancing stuff without even the slightest attention given to her motives, personality, development or even remotely trying to integrate her into the story. She would be a glaring dropped-in plot device if she weren’t outshined by Braeden - who has even less character development, less history, less exploration of her motives or reasoning and just appears whenever we need someone to kill things. The one attempt to establish her as a character was to make her Derek’s love interest.


How can you have these two mysterious women with epic skills and experiences, potentially sinister motives and the scope for immense origin stories and use them so little and so poorly? That’s not even lazy - it would be easier to churn out some quick and easy episodes with that much potential!


Since Teen Wolf began it has had a whole host of female characters and the only one of these female heroes with her own focused storyline was the now deceased Allison. But even that is a stretch - after all, this was back when the main storyline on the show was Scott and Allison’s relationship which over-shadowed all else, and most of what Allison did (finding her place in the Argents, her conflict as a hunter) usually touched on Scott and her relationship with him. Did she actually have many storylines that didn’t involve Scott? Certainly some, but even her family conflict has its roots in not wanting to hurt her werewolf boyfriend.


And, since Allison’s death (and even when she was alive), the women who have had their own storylines and involvement beyond being love interests tend to have been villains. Kate Argent, Victoria Argent even (if only in contrast) Kali, Deucalion’s second in command and the ominous Dorach, the dark druid. Is this the only way the women of Teen Wolf can actually get any direction or lead on this show? By trying to kill Scott? Is this a not-so-subtle comment on independent womanhood? Especially since all of these women also fit the trope of being unstable evil women.

It is, sadly, not unsurprising or uncommon for female characters to be reduced to love interests or otherwise extensions of men. It’s one of the reasons why the Bechdel Test exists after all. But in many ways Teen Wolf manages to make this trope even more glaring by having characters that have the potential to be so awesome. I cannot imagine being a writer, creating characters positively dripping in fascinating storylines, awesome character growth, amazing conflicts and deciding to so completely ignore them, especially if you’re then going to spend so much agonising time on Liam, the blandest werepuppy who ever yapped his way onto the screen.
Posted by Sparky at 9:00 AM