Mental Illness and the Non-Neuro-Typical in Urban Fantasy 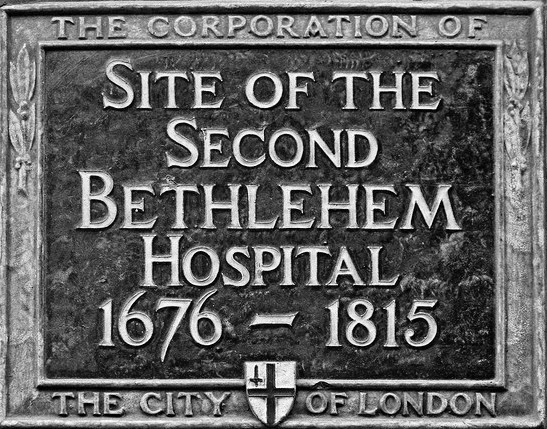 Mental illnesses and non-neurotypical people are both very much misunderstood in society. Feared, reviled, pitied and shamed, there’s a lot of ignorance, a lot of misunderstanding, a lot of fear and a whole lot of damaging tropes that are assumed and encouraged. Collectively these present real barriers for the non-neurotypical to seek help and support they may need or want (or even be aware they exist) and create massive difficulties in interacting with neuro-typical people whose assumptions and worries can render it almost impossible.

Needless to say, media depiction has a huge effect on this - with repeated depictions adding to all of these problems as we see the same tropes crop up over and over

Almost ironically, the most common mental illness and non-neurotypical tropes we see in Urban Fantasy doesn’t even involve the mentally ill at all; instead it epitomises neuro-typical people’s fear of becoming mentally ill or, as it is repeatedly called over and over “going crazy.”

Indeed, it’s very rare for an Urban Fantasy series not to take a neuro-typical person, introduce them to the supernatural world and have them not think “oh my god, I’m losing my mind!” with additional levels of angst and fear. It is indicative of just how much we have demonised being mentally ill that, when the character is convinced that what they’re experiencing is real, they commonly feel profoundly relieved.
Because a world where there are immortal supernatural beings with immense power that literally feed on people to survive is much more reassuring than the idea you may have a mental illness in need of treatment? Hey a supernatural monster is currently hunting me, but thank gods I’m not crazy!

Looking at it logically, this is an appallingly ridiculous reaction - but in series where the supernatural hasn’t already been established and it has to be discovered then this doubt and relief is almost ubiquitous. It’s considered as much a staple as the dead parent.

This trope of mental illness being a terrible worse-than-death fate that may afflict neuro-typical people is really well ingrained in our culture and frequently arises in fiction.

In Witches of East End rather than have Maura live with the mental illness Wendy magically inflicted on her (and, perhaps, be treated for it), they choose to magically send her into a happy deluded coma instead. That’s an extreme example - but there’s innumerable examples of neuro-typical people suffering the terrible fate of being wrongly locked in an asylum (especially in programmes set in the past). The whole of American Horror Story: Asylum rests on the trope. Teen Wolf had Stiles wrongly confined in Eichen House, Penny Dreadful has Eva confined in an asylum. Once Upon a Time in Wonderland has Alice escaping from Bethlem - in fact, Bethlem could have its own subsection of its own!. Her Own Devices has Claire rescue someone from Bethlem, one of the main terrors of Xandra in the Immortal Empire Series is being shut in Bethlem. The whole concept of Bedlam is set on the horrors of an asylum now afflicting modern neuro-typical people - and it’s even named after the infamous asylum.

All of these feature a neuro-typical person being wrongfully detained in an asylum. And it’s not being locked up in an asylum that’s the problem - it’s that they’ve been locked up while being neuro-typical. It’s the wrongful accusation. This even applies when the conditions in the asylum are horrific and brutal - the horror isn’t horrific for its own sake, it’s horrific because these people are “innocent” of being mentally ill. In fact, mentally ill inmates of these institutions are often used as background wallpaper or to even add to the horror the neuro-typical protagonist must endure. The mentally ill are often freakish horrors that add to the protagonist’s misery and torment until they can escape the unjust abuse.

And that “unjust” abuse is important - because we’re expected to care much less about the torment of the mentally ill inmates; the “justly” abused. This failure to examine how mentally ill people are treated doesn’t just extend to asylums - The Tomorrow People had an excellent opportunity to show the difficulty of treating a mental illness on limited resources or a teenager attending school with an isolating mental illness, but, again, it’s lost because the character isn’t actually non-neuro-typical, none of the Tomorrow People are. We end up seeing them paying for pills they don’t actually need (knowingly so when it comes to Marla) which removes the whole conflict.

On the rare occasions when we do have actual mentally ill people they often serve less as characters than as narrative tools.

For example, in The Walking Dead, Rick reunites with Morgan who appears to have had a breakdown as a result of his son’s death. The whole purpose of Morgan in this episode isn’t to be a character, but to be a warning to Rick about what he could become. Elsewhere in the genre there’s a lot of psychics/magic users who will see the blasted, catatonic shells of their predecessors to warn them of the terrible fate that will befall them if they fail/misuse/overuse their powers (as seen in Rivers of London series where overuse of magic can cause brain damage).

Another use of mental illness or non-neurotypical people as a narrative tool is to use them as a convenient way to add twists or a barrier to the plot. The person’s mental illness becomes a way to stretch the plot out because the other characters have to navigate around it somehow.
A common version of this is the seer or otherwise knowledgeable person who cannot express themselves or cannot be understood because of their mental illness. Like Meredith on Teen Wolf, her banshee powers mean she has the answers they need - but her mental illness ensures getting the answers takes time and effort on the part of the other characters. She’s a resource that needs to be translated rather than a character in her own right and her mental illness is only there so Lydia and Stiles have to spend some effort finding the key (and be the ones credited with it) rather than Meredith just handing it over. Another example is Anton from Utopia, he quite literally has all the answers, but is incapable of communicating clearly except in brief (and narratively convenient) flashes of lucidity. He is, again, a resource to be plumbed by Becky and Ian, the information they glean from him is to their credit and he is incapable of simply conveying what he knows. Under the Dome has the oft-mentioned Pauline communicating through drawings. Even Orphan Black indulged in this trope for a few episodes with Ethan appearing to suffer from dementia and be quite confused (though this later seemed to be an act). Even Alphas which made some effort to present a number of non-neuro-typical and disabled characters had Gary often be an information resource who had, at times, to be carefully managed.

The cryptic information resource is one way the non-neurotypical are used to stretch out the plot, another is the random, unpredictable or even whimsical mentally ill person. They can be relied upon to stretch the plot in any direction because they do not make sense. The idea is that a mentally ill person will do ANYTHING and doesn’t need a motive (or a coherent one) because MENTAL ILLESS. Again, returning to Utopia Jessica Hyde and Pietre are terrifying, amazingly well acted and deeply sinister characters - but part of the reason they’re frightening is their mental illnesses. Both are willing to kill anyone often with little in the way of motivation and in the latest season, Jessica’s break down after being tortured has left her almost whimsical. Their conditions are being used to both extend the storyline and make it both unpredictable and tense: because these 2 characters could do anything to anyone at the slightest or no provocation. This not only advances the trope of mentally ill people being completely random but also adds to the very common and highly damaging trope that mentally ill people are dangerous.

That’s perhaps the one of the most plot consuming examples stretching over entire seasons, but Supernatural has pulled off an episode of the week where convoluted threads are held together by a character with mental illness. Many shows have also relied on mental illness to be an antagonist’s motive - simply because the mentally ill simply don’t need a motive in TV world - mental illness is always motive enough (crime dramas are also very fond of this trope when their convoluted plots don’t quite give the villain sufficient motive to commit their crimes). Buffy has outright contextualised an opponents actions by them being “a thundering looney” and let’s not forget the disturbingly unpredictable Drusilla. The Tomorrow People had someone who was “brain fried” be a dangerous serial killer.

The use of mental illness in this way is obviously dehumanising. The mentally ill person isn’t there to be a character - they’re a roadblock. Their mental illness isn’t a developed part of their character, it’s a convenient tool with which to extend the plot line for another week or so. They could be replaced by a faulty search engine or random severe weather or some other random, impersonal event. The use of mental illness in these plot lines is laziness - “mental illness” becomes an answer to any questions, a way to stretch the plot when there isn’t enough storyline, a way to add random events when they can’t be logically incorporated and a quick dash of motive for a bad guy who the writers can’t be bothered to characterise. Mental illness serves as a cautionary tale or a terrible fate for the neuro-typical to avoid, be threatened by or to escape and has become an overused tool to evoke horror or torment. Rarely, if ever, are mentally ill people presented as people, full characters worthy of agency and stories of their own - nor are their conditions accurately diagnosed to any real degree: a loose label of “crazy” is attached which inevitably means whatever the writers need it to.

These are not characters, they’re roughly used tools, narrative tricks and lazy writing - and the result continues to perpetuate toxic tropes that continue to stain how we treat the mentally ill in society