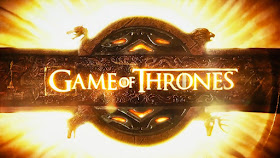 Look I don’t want to be too shallow about this, but this is an issue – and an issue beyond the fact I’d really like to see him naked. This is a show that has had wall to wall female nudity, lots of full frontal nudity: Melisandre the constantly naked is RIGHT THERE in fact. And here we have a perfectly plausible reason why John Snow would be naked here. He IS naked here – but all through the resurrection scene he had a coy bit of cloth covering him and now camera angles, low light and leg positioning ensures only the very top of his buttocks are visible.

I get that not every actor is comfortable being naked – that’s what body doubles are for. There’s an issue when we’ve seen a gazillion women cavort around naked and then all these usual cinematic tricks are used to stop us seeing anything when the man is unclothed.

After some excellent advice from Davos (who is very good at that) he deals withg his resurrection trauma and has some good reunions with all his friends, involving dicks jokes and lots of hugging and no eating brains at all. Not one bit of brain nomming.

He does hang the people who stabbed him though – including Olly, the kid. Ouch, harsh. Having duly finished off the traitors he walks away, repudiating the Night’s Watch

He’s totally going to marry Daenerys and become the new King and Queen (maybe not but every time I say it I hear Renee scream a little louder).

Of course he’s left just as Sansa goes to find him – Sansa has the worst luck.

Elsewhere in the North, Lord Umber has thrown his lot in with Ramsay Boulton. Sort of. He’s a blunt speaking man but not a fan of wildlings and is willing to ally with Boulton if it will help him fight the army of wildlings that Jon Snow has brought past the wall. And to show he’s genuine he hands over Osha and Rickon Stark

The Stark kids aren’t doing so well. Though Bran is still enjoying visions of Weteros past – including how his dad lied about managing to defeat the Kingsguard in the last war (those Kingsguard were damn damn skilled fighters)

Arya has also finished her brutal, vicious training and got her vision back – and is officially No-One since she drank the poison water and lived.

Sam and Gilly are still out there, planning their future. He’s also very sea sick. I wish he wasn’t. I really wish one scene with Sam wasn’t about how weak and helpless he is.

Over in Essos Daenerys finds out she’s facing a trial among the Dosh Khaleen for not joining them as soon as Drago died. He repeatedly declaring "I am the mother of dragons" isn't exactly going to convince anyone unless a dragon shows up. On the bright side, even though she was stripped naked, she wasn't shown naked. Maybe the show is changing

While Varys is plying his skill with Tyrion to try and keep her nation together. Or get it back. Alas, Missendei and Grey Worm are little more than spectators. Varys remains an awesome spymaster and interrogator.

Over to King’s Landing and Cersei, Qybelle, Jaime and the big scary Ser Gregor are plotting lots of revenge. Allllll the revenge! Unforutnately Tommen is still far too soggy to take on the High Septon and the Small Council (including Lady Olenna) doesn’t want to play with them. Still I have a feeling one of these days the Lannisters are going to unleash all kinds of hell on everyone. I actually hope Olenna gets on side as well because then the High Septon’s destruction will be EPIC