Once Upon a Time, Season 5, Episode 21 Last Rites 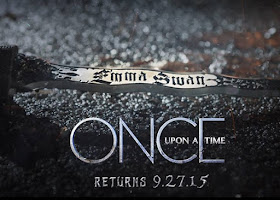 Well… that was damn depressing. Once Upon a Time what happened to the fairy tales?! Happily Ever After, remember? What is this? Everyone is dead and everyone is sad! Bad fairy tales! Bad!

So everyone is back in Storybrooke and Zelena is all happy, she has her daughter and her love of her life (the evil death god) and now a home where they can be happy.

Except team good guy has also come back and they’re quick to tell her that Hades is still naughty/bad/awful and totally tried to trap them in the underworld. Zelena your boyfriend is the Worst

Of course, lovestruck Zelena isn’t willing to believe that and Hades does his very very best to convince her that Team Goodguy is plotting against them and totally wants to ruin everything. While doing so he keeps talking about the awesome kingdom they will have once he smites everyone with his magical Olympian Crystal. He kind of misreads Zelena who would be quite happy with a cottage and a happy life and it doesn’t even have to be in Storybrooke in sight of Regina’s awesome interior design. She doesn’t really want a kingdom, she just wants to be happy. He’s very bad at reading her.

Meanwhile Emma is raging around deciding they have to kill Hades to save Storybrooke while everyone calls her totally emotional and how this won’t bring Killian back and revenge is bad, ‘kay. Look, I get that the Charmings are soggier than a snowman in June (outside of Canada) and Regina’s right, Emma isn’t exactly using a whole lot of sense at the moment, but can we agree that killing the evil manipulative death god is probably a good idea be it for revenge or protecting the town or for happy dappy funsies?

Time for Killian, aided by King Arthur (who Hades kills for… reasons? I actually have no idea why he does this). They need to find Hade’s weakness (and Arthur needs to find some serious redemption given the givens) which means questing through the underworld looking for the storybook in between duelling various spirits and ghosties and saving each other dramatically but rather easily.

With the Storybook they can tell Emma the secret to killing Hades – the Olympian crystal he just re-created.

Ok, someone needs to tell me why he recreated the crystal? He’s a god, with the possible exception of Rumplestiltskin there’s no real threat to him here. Why create the one weapon that can actually kill him? I need some explanation between narrative convenience for why he’d recreate the crystal that kills people without even giving them an afterlife?

Robin Hood and Regina sneak into the mayor’s house where Hades and Zelena are to get his daughter back – and on the way have some ALMOSTexcellent conversations about how Regina constantly trusting Robin’s daughter with Zelena, constantly trusting Zelena for the both of them and constantly defending Zelena isn’t ok. It comes close to addressing a lot of what I’ve said about Robin being Zelena’s primary victim and how Regina putting that aside isn’t ok… except it’s all about the child: trusting Zelena with Robin’s child. Not about the fact Zelena raped him.

They reach Hades, grab the baby: and he uses the Crystal to try and kill Regina… and Robin throws himself in front of the bolt, dying to save Zelena

Yes, Robin is dead – not only dead but dead via a crystal that precludes afterlife or resurrection. Damnation, can’t Regina get a break! Just once!

Face with this, Regina reaches out to her sister and shows her what love is – willing to sacrifice for the other, willing to give things up for them: epitomised by Robin willing to give up everything for Regina. Zelena sees this and compares it with Hades – who is still talking about his kingdom, about having it all and she realises he would never sacrifice for her. Using the Crystal, Zelena stabs Hades… and the god is dead and Zelena also loses her true love.

In the underworld, with Hades defeated, Killian has finished his unfinished business… he moves on. Arthur doesn’t – he realises he was prophesised to save a broken kingdom and the Underworld definitely counts.

That leaves Emma, Regina and Zelena all without their true loves, all devastated and with several funerals to attend…. Yes, it’s exactly as depressing as it sounds. The collective grief and excellent acting really sells it

And then… we have Zeus.

Zeus meets Killian in the afterlife and decides to send him back because killing his brother actually earns you a favour. (Remember Robin is unresurrectable… conveniently).

I suppose if anyone gets to use a Deus Ex then, yes, it’s Zeus. And I’m certainly not against having Killian around – but damn if it isn’t convenient, lazy writing. And it did completely shatter the emotional impact of the ending (and completely overshadow the tragedy) and it’s, of course, Emma’s true love gets the hail Mary pass.

I like Killian. I want to keep Killian – but this felt contrived. There’s a reason why Deus Ex Machinae is viewed as a terrible trope and shitty storytelling. I’m dropping a fang from this for this reason alone, because seriously.