Anna Paquin and The Evolution of Sookie Stackhouse 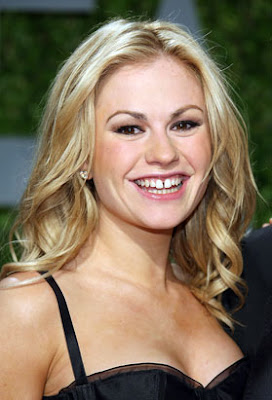 The New York Times has a great piece about the evolution of Sookie Stackhouse.  The following is a small snippet to whet your appetite.


“Anna’s Sookie has always been somewhat angrier than the Sookie I wrote,” Ms. Harris said in a telephone interview from Arkansas, where she lives. “So that leaves me wondering if I wrote her angrier than I realized, or if that’s a younger person interpreting my words in a way that makes more sense to them.”

The new season of “True Blood” will further explore the budding relationship between Sookie and Eric, as Ms. Harris’s novels have already chronicled, though cast members were wary to say just how far that exploration would go.

No matter how far off the deep end “True Blood” may seem to go, Ms. Paquin said, Sookie will remain a mouthpiece for viewers. “She is the character that will say, ‘No no no no no, not my problem,’ ” she explained. “It gives the audience the opportunity to address whether or not they think it’s ridiculous.”