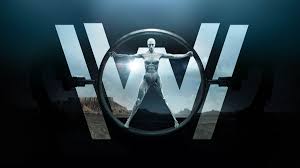 Last season, Westworld played with Delores's memories to explore the difference between William and MIB and this season, it's Bernard's turn, thus setting up a conflict between hosts who have two opposing views as to how to deal with the harm that humanity poses to their kind. Throughout season two, we've watched as Delores sought to burn down everything in her path while Bernard seemed to be dealing with the moral implications of the world that he found himself in once he finally came to consciousness. It's clear that going forward, now that Delores and Bernard are finally out and in the real world that the conflict will centre on them.

I really thought that Westworld was setting us up to have an epic character slaughter Red Wedding style but it seems to me that the writers simply aren't willing to just let people die and have created a backdoor through which people can be brought back. It's a cheap trick that takes away the tension from the story. What's the point of being invested or even worrying for a character if they can be brought back by simple slight of hand? Sure, this tactic could be used in the first season because as we know, the hosts have all died innumerable times but the destruction of the cradle was supposed to mean that death was finally a real world event.  Even Teddy, who died in the penultimate episode after realising that he couldn't be the partner that Delores needed made an appearance in the Sublime.

What is the Sublime you ask? Well, it's robot heaven. I actually don't have a problem with the existence of the Sublime given that most cultures on earth have some sort of myth regarding the after life as a place of peace and tranquility that we go to when we leave our mortal bodies behind. In the case of Westworld, it was made quite literal because we watched the empty bodies fall over the cliff -- devoid of life-- as the hosts crossed over. What II di find confusing is the fact that this event was witnessed by many people who worked for Delos but there was all that head scratching as to why the Hosts, who were discovered in the Valley, had all seemingly been erased.

Delos sought to map the human brain which was described as "the last analog item in a digital world" and to do so, the company recorded the interactions the guests had with the hosts, with the hosts acting as the control. It's all as horrible as it sounds. When we finally see inside what we learn is that the computers have determined that humans don't actually have free will and basically muddle through the world following whatever moral code has been set up for them. Each human has a defining moment and it's a moment we are cursed to re-live in a perpetual loop. I really see this as a simplistic understanding of human psychology that absolves people of wrong doing and harm that they inflict. James Delos, like William, both have defining moments about their children. For James, it's turning his back on Logan in his son's moment of need and for William, it's murdering his own child.

Westworld's approach to freewill is simply far too fatalistic. Even if we accept the premise that Westworld is trying to sell us on the lack of free will and that humans don't evolve, it contradicted itself in this very episode. We've watched as an incredulous Lee Sizemore basically spent the season trying to survive with hosts he felt weren't his equal. It is only when Maeve was captured and mutilated that he began to see them as so much more than their parts. In the end, Sizemore goes down in a hail of bullets, saying his own lines for the very first time so that Maeve and her compatriots can escape. How is that act not one of growth?

This brings up an interesting problem. At the end, we see an injured William being rescued from the beach and yet in the cookie which appeared after the credits (yeah, I didn't see that one coming either) William is being tested for fidelity and we learn that there have been several iterations of him to date. This leads me to believe that unless some environmental catastrophe occurred, that battle between Delores and Bernard as to what to do about the humans has been decided. William seems kind of resigned to the whole thing having always figured that one way or another, he would end up inside the game. William becoming a host and ending up in the same trap as his father in-law seems an appropriate punishment if simplistic for all of his misdeeds.

Ford has been quite the puppet master since he was introduced and it helps enormously that he's played by the incredible Anthony Hopkins.  Unfortunately, unless Ford gets turned into a Host, or the writers decide to invest time in his backstory, I think that he's the one character we may have to say goodbye to. I really cannot see further narratives involving Ford because it would be a backward step after working so hard to get the hosts outside of the park. One of the few truly satisfying moments in this season finale, is the revelation that Bernard chose to scramble his own memory to protect the Sublime and that he acted with some agency.  Yes, Bernard seems fated to be the ying to Delores's yang but until this reveal, he was treated more like an object to be positioned as though he didn't have something at stake as well.  Bernard may not be willing to give up on humanity yet but it's clear that he has some doubts, otherwise he would not have recreated Delores in the body of Charlotte Hale. I do however have a problem with how quickly he shifted from deciding that Delores needed to be killed, to deciding that Delores was the only one fit to handle the situation. I equally have a problem with Delores's shift from seeing the Sublime as just another trap, to something worth saving and protecting from humans. Yes, as part of consciousness, it's important to show that the hosts can change their mind or take a more nuanced approach to problems but this happened on a dime without any real context to ground the decisions Bernard and Delores made.

The biggest problem for me with Westworld is that what once was new and innovative, simply became repetitive and slightly predictable this season. I hope that the writers drop their penchant for playing with the timeline because it seems that the whole purpose behind it is to attempt to make what at its heart is a simple story seem more complex.  When you have to work this hard for water cooler conversation, you're doing too much.  Westworld has managed to have its characters come to consciousness but they still lack any real depth and those that have the most potential, Maeve, Lee Sizemore, and Akcheta are either dead, or have been shifted into the Sublime.  I was really disappointed to see that Maeve's entire arc seemed to be about rescuing a daughter that she was programmed to love. Sure, the writers tried to redeem it by claiming that this was about her free will because Ford meant for her to escape but at the end of the day, it reduced her autonomy. Sizemore was an interesting character and I tended to see the park from his perspective and he will be missed. Akcheta however did suffer from the whole noble people of colour thing that white people just love to do; however, having been there from the beginning, I think he could have been used to talk about more than colonisation. I'm not certain where Westworld is going and the truth is, I'm not certain I actually care that much anymore. I have had some niggling doubts as the series has progressed but this season finale has finally cemented by view of the show - it's become caught up in the very story its trying to tell and along the way has lost itself. Weighty issues such as the nature of humanity and free will should never be treated in the reductive manner that the writers have this season. Westworld as it turns out is all bang and no payoff.