Who are dangerous, which is another trope that is being done to death.

Not only that, but all the men are DAAAAAANGEROUS. Sascha gets her werepanther who frequently threatens her with death. Faith gets Vaughn, her were-Jaguar who stalks her and hunts her and, again, threatens her. Brenna, a were-wolf is teamed up with Judd a Psy who can accidently rip her limb from limb with a stray thought, Tailen, the delicate human is teamed with Clay who causes her to be frightened about 3/4s of the entire book. Ashaya gets Dorian who starts off hating her, threatening her and she even thinks of as “the sniper”. Katya gets Devraj who is her prison guard and *yawn* yet again threatens her with death.

Honestly, is this a new avenue of het-romance I’ve missed? It’s not love without death-threats?
The one book out of 7 where the woman’s life isn’t threatened by her lover is with Mercy and Riley - and even then Mercy, the Sentinel were-leopard, the elite soldier - has to find a man who can take her down and has to look outside her leopard pack because she needs someone more dominant than her.
Posted by Renee at 9:00 AM 0 comments

Marjorie Liu: In The Dark Dreams

In The Dark Dreams is the latest Dirk and Steele novel.  I seemed to have read it out of order and should have read Dark Dreamers instead which is an anthology.  I went into this book believing that it was a continuation of the novels and so I expected the standard supernaturals.  I was absolutely not prepared for a rich undersea world that included mer people.  This is the very first urban fantasy book that I have read with mermen and mermaids.  That fact alone drew me into the story.

Of course this book would not be a Marjorie Liu book without love at first woo woo.  You know the kind of love where you know someone for five seconds and then pledge the rest of your life with them and then seal the deal with some vanilla sex.

Jenny is a little girl and she is on the beach when she spots Perrin a male mermen. He is hurt and so she takes of her shirt and presses it to his wound.  She sings him a little song to calm him because he looks scared.  Suddenly a man walks naked out of the water and he pushes her away.  He encourages her to run and she does as the man, who would later turn out to be Perrin’s father Turon dragged him back to the sea. Apparently from that little meeting the fall desperately in love.  They spend years meeting in their dreams until the threat of the Kracken, (an undersea creature) waking from a deep slumber drives them together.

Fangs for the Fantasy Podcast - Episode 9

Continuing on from previous side-eyes about the first 2 books with the aggressive men and the fragile women.

First 2 books we have the emotionally nul Psy woman being “aggressively seduced” by changeling men to save them from themselves. Poor, fragile Psy women. No we could have just handwaved this by saying “well, the Psy are messed up, they are damaged, they do need saving from themselves” which is justified by the plot (which, by the way, rocks and is awesome). But in the third book we have an emotionless, repressed Psy man and a changeling woman. A reversal? Is the woman going to be strong and dominant and help him for his own good? No – because she’s the victim from a previous book and is fragile and hurting and needs his support and healing. And in the 4th book we have changeling man and human woman…. who is fragile and delicate and hurting and damaged and needs healing and protecting and support.

I love these books to death, but 4/4 now we have desperately fragile/broken/hurting woman being fixed by the mensssss (who, also, often have tragic pasts or breakages, but are still in the active fixing role) is a little bit of a tiresome repetitive trope.
Posted by Renee at 9:00 AM 0 comments 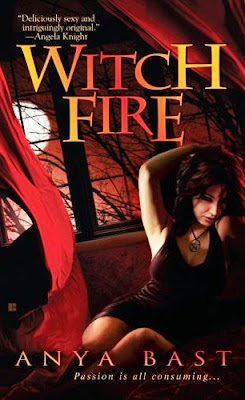