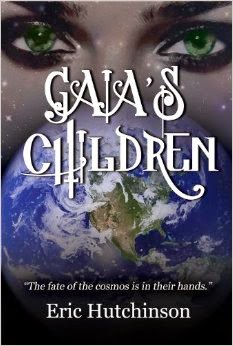 Recently we took part in the Book Smuggler’s holiday Smugglivus and one of the points we raised on our Inclusive Ingrid post was:

Sometimes Inclusive Ingrid wrote this book to tell us that racism/homophobia/sexism/ableism et al is bad, guys. Let me tell you how bad it is, because it’s really really bad. Have you not seen how bad it is? Don’t worry, this book makes it very very clear. Example after example, incident after incident all explained in detail. It’s a wonderful lecture on the damage and prevalence of prejudice! Unfortunately what it isn’t, is a story. Inclusive Ingrid has sat herself down and written one long PSA, shoe-horned in some downtrodden vampires and a werewolf who wants to expound on their women’s studies notes, and neglected to actually include a plot. Or characters we don’t want to cheerfully beat to death with their own sociology 101 texts.

That’s pretty much the very definition of this book. It is there to make a point and it does to at length and with great repetition. Some time ago I read the Sword of Truth series by Terry Goodkind which was, basically, a great big love in to Ayn Rand and the joys of libertarianism. This book is Anarchism version – one long polemic on how anarchy, no government etc is such a wonderful thing conveyed through an alien living in a utopian society describing his world and showing us the way to fix our world.

Now, I’ll add another preface by saying I am a very liberal person – I am, in many ways, the commie-pinko-socialist the right wingers love to hate – so many of the points the author was trying to raise definitely resonated with me: environmental destruction, wealth inequality, lack of representation in democracy, the way politicians try to hold power – so, no I’m not putting this book down because it clashes with my political views because in some ways it doesn’t (until the libertarianism raises its ugly head).

Most of this lecturing is delivered by having an alien, Albert, describe his society to many people, starting with married couple Tom and Samantha. After many many many many lectures (and shenanigans from a Completely Awful Journalist) a television interview happens which is very very very long and this, in turn, leads to a big societal uprising that Tom and Samantha lead

In some ways it was very useful that it was an alien that communicated their world and society because it required a completely alien world and an alien society for me to believe it was workable. The inherent practicality of it that even the book has to acknowledge is backed by a lot of special alien woo-woo to cover any of the inconveniences that putting humans in this system would bring (not least of which are the aliens not needing cooked food, food storage, medicine, sanitation, construction, recorded history, literature, written communication at all, transport, education – so much more). Basically, the alien physiology (and low resource nature of their world) renders any kind of collective undertaking unnecessary. They live as free-thinking individuals without leadership, hierarchy, government or laws because absolutely nothing in their society or world requires collective effort. And even this doesn’t follow through in their depiction – because this society with virtually stone age tool use (and even that is helped by an incredibly convenient ecology that produces easily customisable items) has still managed to produce chemical and biological weapons… somehow.

As for order in this alien society – well they don’t need laws because they have an absolutely terrifying level of conformity. People don’t do anything considered wrong because they’re raised to believe that some things are “just not done.” There’s no rebellion or questioning and this completely fails to work with a truly long section on the diversity of viewpoints, seeing things from different positions in order to reach the truth – because their whole ordered society requires people not to have differing viewpoints. For bonus funsies, all aliens gather together in rituals that merge their consciousness ensuring both conformity and complete lack of anything resembling privacy. Also, the society has gone all Vulcan and removed any extreme emotions because emotionally lobotomising this population is the only way their society can work. And yet, utopia!

I’m not against an alien society having any of these features – it’s all a fascinating look at a completely alternate society based on beings that are very alien from ourselves. What I am against is apparently a huge number of people hearing this and decides it’s a wonderful way for people to live. Albert is praised for the world he presents, his ideas cause a vast revolution and absolutely no-one sees the absolutely terrifying dystopia he’s presenting or how humans quite simply do not fit in his world setting.

In some ways I kind of hope that towards the end of the book everyone gets a swift dose of practicality and challenges all this – but I DNFed at 150 pages – and not just because the lack of any real depth to the lectures, but the way they are presented as well.

First of all, we have a truly ludicrous amount of exposition. This book is 650 pages long and if the rest of the book is anything like the part I read then at least 400 of those pages are spent on clumsy lectures. From pages 84-112 we literally have nothing but Albert sat there explaining his alien world. And that’s not the first lecture, not even close. The info-dumping is tremendous.

This discussions are also terribly hollow. People are ridiculously credulous, believing Albert, Tom and Samantha with precious little actual proof or convincing. People accept Albert is an alien with ridiculous ease – both bad guys and good guys. And I used that simplistic term for a reason – the good guys are impossibly good, beautiful, skilled, patient, kind, polite, forgiving and generally perfect to a level that makes my teeth itch. While the bad guys are thuggish, ignorant, not-very-bright, cruel, crude and violent. They might as well all have big moustaches to twirl

Every conflict is ridiculously simple (partly because of Tom and Albert’s uber-martial art skills. And of course an alien society that hasn’t known conflict in 1,000 years has martial arts); every argument with an enemy feels really scripted. They reminded me of when I was a teenager and I had imaginary arguments with people who pissed me off – they would make silly arguments and I would righteously slap them down and everyone would hail me as a rhetorical god. Of course, real life never quite works out that neatly and most opponents aren’t obviously awful and don’t usually do and say things that are so easily smacked down. But that’s how every conflict was resolved, the bad guy would say or do something patently ridiculous without any regard for the consequences or whether they were making sense and then the good guy would demolish them all with a palpable aura of smugness.

Which stands in for the entire storyline – everything is simple and contrived. A ridiculous shows entitled “Interview with an Alien” manages to get a viewership of 40,000,000 people which is about 60% or so of the entire British population (where this book is set). And watching this interview is sufficient to cause the viewers to rise up and threaten the next revolution – which then somewhat clumsily segues into Samantha and Tom getting a government job which calms the revolution down? Apparently? Thankfully the One Good Politician decides to champion them.

I stopped when it was apparent Tom and Samantha were going to go on television again which promised for more lectures on why the system is broken and how they can fix it – this after Samantha just had a 2 page rant on how taxation is theft (but she’s asafe because she has the mystical martial art of Good Guy Arse Kicking as well).

The sad thing is that underneath the polemic, there’s a decent writing style in places – Tom and Samantha bounce off each other in a really fun way and it’s one of the best depictions of an actual relationship between two people who are clearly madly in love that I have ever seen. I love them together and a story of them doing almost anything other than throwing political broadcasts at me would be a sheer joy to read. Similarly the writing style, when not lecturing, is wonderfully light, fun and jokey with a kind of wry irreverence that reminds of Terry Pratchett or Ben Aaronovitch or Jasper Fforde.

But it doesn’t come close to saving this book for me. But, if you are interested in a vision of Anarchy (capital A) and some not-very-complex musings about it, this book isn’t terrible. For me, those Sword of Truth flashbacks drove me to hiding. But I do think there is a lot of my taste in here and for other readers who can work past, through or even enjoy the utopianism, then this book would be an absolute joy for them. I say this especially because by the synopsis eventually a lot more happens