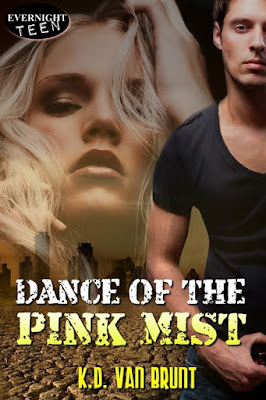 Gray has been captured by Cracked and is under Jace’s command. He must quickly adapt to the high standards of his new prison – or he will be disposed of as any shapeshifter is if they don’t fit into Cracked.

He also grows closer to her – as their telepathy and relationship come together into something new and completely outside both their experiences.

I was pleasantly surprised how this book worked – I expected a lot of resentment and angst and snarling between Gray and Jace. Their epic hostility would continue for most of the book until eventually the inevitable romance developed

Well, I was partly right

Instead of going down that clichéd route, Jace and Gray seem to mesh quite well from the beginning. A lot of this stems from Gray’s excellent personality. He’s easy going, he’s gentle, he’s not going to blame Jace for being an enslaved part of the system any more than he blames himself. He’s not going to rebel for the sake of it, nor is he going to fight a battle he can’t win. He’s going to do the very best he can in a bad situation, make sure he survives and then see how he can manage for freedom and existence from there. He also quickly recognises that people around him are trying to help him survive and he buries any resentment.

It’s a refreshingly mature attitude. And if I have any criticism of it it’s that it’s just a little… too perfect? Gray’s assimilation into Cracked, his adaptation, the difficulties he faces et all are all just… kind of easy. There’s little depiction of any real struggles over this new life he’s living, there’s no anger or grief or frustration over becoming a prisoner and effective slave. It’s freakishly smooth and probably too smooth. This is even more obvious when we see how quickly he makes friends and gets by with the other inmates – sure part of this can be explained by the fact he is Jace’s protégé and she is top of the pile, but in the last book it really emphasised how brutal and cut throat Cracked was with lots of violent competition between the inmates.

I feel odd for complaining about this because I think I enjoyed the book a lot more without these conflicts than I would have if they had been there. But at the same time, it doesn’t feel quite so solid or realistic to have his transition into Cracked be so smooth. Where do I stand on enjoying the absence of a particular plot point while at the same time thinking the story and the world building suffer for it not being there?

There was a love triangle – and I don’t think this needed to be there at all. I do like how it went though with, ultimately, Gray paying some kind of comeuppance for, basically, being such an utter coward.

The main reason I did like these awkward, necessary plot points being excluded is because it let us get on with the meat of the story rather than dwell on this (and I think that conflict would have been too obvious a plot line and full of lots of romance clichés).  The actual main plot, Gray finding his feet in the organisation, Jace fitting into her current place as well as the huge expansion of the world with new talented people (and their own telepathy talents) made for a much more compelling story – seeing how a different organisation works puts the brutal treatment of the Cracked facility far more stark

I also like the conflict, especially from Jace, over what she does. She doesn’t like Cracked, doesn’t want to be there and is desperate for freedom, but it’s still the only home she’s ever realistically known, it’s the system she knows, it is run by the mentors she knows and respects and, in some ways, it is also source of pride for her because she is so good at what she does and her team is so excellent. It’s subtle, but there’s some nice depth there. There’s also scenes like her team being seconded to the army, she thinks it’s important, she’s impressive and she thinks her team is doing the right thing and she’s proud of her achievement.

I wasn’t as enthralled by the actual depiction of the antagonists – whatever they are. They’re this vague band of vague shapeshifters aiming to do vaguely ominous things involving vagueness. And I think the plot is weak because of that – they get nebulous intelligence about this vague threat so they have to be sent off on various tasks. It feels poorly held together – the story demands that the characters go HERE and do THIS but it has no real motivation for this – so it’s kind of pushed in.

So we have this huge chunk of the book where Gray and Jace are protecting the presidential kids and… I have no idea why. I honestly do not know what the point of this is or what it develops. I think it may be there just for something to happen while Gray and Jace’s development continues. I didn’t so much find it tiresome as totally unexplained. I also want to know why Britain is the one willing to execute shapeshifters for existing when it’s the US with the death penalty

In terms of marginalised people we have some… minorish characters. Several members of Jace’s team are POC including an Indian, Viraj and a Latina, Carmen and they’re both definitely skilled, experts and largely free of tropes. There’s also an Asian FBI agent who is fairly prominent. But this book focuses so much on Jace and Gray’s story that they – along with every other character minority or otherwise – is pretty much pushed into the background. I don’t like the dubious, random and still unexplained middle eastern terrorists and we have a random army trip to Afghanistan to kill more evil terrorists.

At the end of the book it’s revealed that Gray’s sister is in a relationship with another woman – but she’s a vanishingly tiny presence in this book.

Jace is a very strong female character and leader – and I like that she is the driving force, the power and the greater threat and authority in her relationship with Gray. It’s a nice subversion of the gender roles we see so often. I also like how Jace and Carmen are soldiers, kick arse deadly fighters – but at the same time they are interested in make up and clothes. In a genre where we repeatedly see Strong Female Characters reject everything that is remotely coded as female, it’s interesting to see these women embracing them, while still being so strong and dangerous

This is another excellent book in this series and a great continuation of these characters’ experiences. I am really invested in them and, equally and surprisingly, invested in their romance. I want to see what is going to happen here – but I also think the world and actual plot needs more foundation