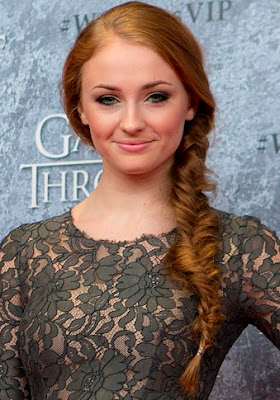 For many seasons, one of the primary criticisms of Game Of Thrones was its handling of women. We wrote previously about the rape of Sansa Stark, which was one of the most controversial things the show has done to date during its six-season run. However, there were other issues as well. Daenerys Targaryen was objectified and sold into marriage by her own brother, and was only taken seriously as a leader when she had dragons at her back. Cersei Lannister derives power from her beauty and name but for several seasons lived in the shadow of her authoritarian father. And on countless occasions, the shrewdest and most successful women in the show have used their physical charms to get ahead (or get by). In short, there wasn't ever a whole lot of female empowerment in Westeros.

This changed drastically in season six. We saw Sansa help to bring down her husband and rapist. We saw Daenerys dismiss her lovers and admirers to lead her army on her own. We saw Yara Greyjoy assume control of an Iron Fleet in her weakened brother's stead. And we saw Cersei orchestrate one of the deadliest schemes in the show's history all on her own with no help from her powerful and wily brothers or her long-deceased father. That's all to say nothing of the likes of Arya Stark and Brienne generally kicking ass. It was the season of girl power on Game Of Thrones, and the shift toward female empowerment got quite a bit of attention.

Now the question is whether this trend will continue when season seven rolls around in 2017. That's an open question at this point, but for now let's look at a few things that could be done to lend even more power to the women of Westeros.

Sansa Could Cast Littlefinger Aside

There's a lot of debate over Sansa's relationship with Littlefinger at this point. Moviefone, which will often post fun articles and interviews looking ahead to upcoming projects, posted some comments from the actors that indicated there may still be some kind of trust between them. It's implied that Sansa might be considering Littlefinger's vision of taking the Iron Throne with her by his side. The idea is that she wants credit for taking the North. But this would feel like a step backwards. Sansa has fallen prey to the whims of men in her life throughout the show, from Joffrey to Littlefinger to Ramsey, and it would be refreshing to see her stand up for her independence. There's also an outside shot that she could choose to marry Jon and take her place as the Lady of Winterfell, given that he's not her brother—but this feels unlikely.


Yara Could Win A Battle

Yara Greyjoy carries herself with a certain swagger that's unique among Westerosi women. It's implied that she knows what she's doing and that the naval troops of the Iron Islands have reason to trust her. But we haven't really seen her do much. It would seem to be a relatively easy move for the showrunners to give her a battle to win en route to Westeros with Daenerys.

Cersei Could Use Her Wealth

We could almost forget, at this point, how much money the Lannister family has. And that's because we attribute it mostly to Cersei's father. Backing this up, Lottoland published an infographic depicting fiction's richest characters. Ordinarily a destination for Euro Millions lottery players, the site seems to have put this up as a means of playfully teasing those players with fantasy wealth. But the point of interest here is that Tywin Lannister made it onto the list. And yet, Cersei is usually portrayed these days as being at the end of her rope, or struggling under the Crown's debt. For her to reclaim the wealth of her house and wield it like the Lady of Casterly Rock would be an interesting power play.

Finally, we could also see Arya Stark finish her list. The youngest Stark daughter has already become a rare symbol of female power in the show, and if she continues her journey to becoming a cold-blooded, man-hunting assassin, she could represent the ultimate girl power triumph.
Posted by Sparky at 9:00 AM