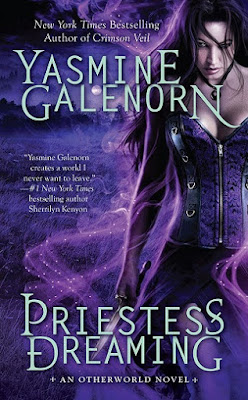 Otherworld is shaken by war and devastation. Thousands are dead and thousands more will die before the end.

But the war against the demons and their allies is not the only battle. Something ancient is awakening. Something from the depth of the world’s history – and something driven for revenge

To face such a power of old, only another ancient power will match it. But getting to him will be hard- and if they can awaken him from their long sleep, can they even guarantee he will help them?

All laid out, with sufficient ominous foreshadowing and visions of something big and terrifying beginning to arise – time to enter an epic… what the hell we’re nearly half way through?

No, really, after covering all of that which was really more of a giant recap more than anything else, with a random encounter tucked in there as well, and half the book is gone. A huge chunk of the book has just passed and not a great deal of things has actually happened.

It’s not awful, because the world, these characters, this meta plot is all really fascinating and great fun to explore and roll around in. It’s one thing I’ve always loved about this entire series. I love this world. I love this series. I love this raising, shining metaplot. But half a book on recap and reiteration with a random encounter tucked in is a huge, vast amount of space to give without actually advancing anything.

That random encounter is a winter portal that opens up for random reasons, has a random witch involves and then we have yetis and pixies and… whyyyyy whyyy is this here? It’s not even a particularly epic fight. They shoo off some pixies… whyyyy? Why have this in here when we’ve already got so much padding going on?

When we finally get to the plot it’s more interesting – it greatly expands the story of three of the more intriguing characters: the Arthurian legend part of the storyline. They’ve always interested me, I’ve always wanted to see how much of the Arthurian legend actually affects these characters and how that fits the overall meta. I also really like the idea of old powers rising. I think there’s a risk of distracting from the main conflict, but I think it gives us an excellent opportunity to examine these ancient beings, the history of this amazing world and expanded outwards into the hard choices that those ancients made and how things were far less simple than the sisters originally thought. This meta is definitely meta I want to grow – bring it on

I also like the idea of the elder fae and a romp through the lands of these ancient, ominous and legendary beings is always something I’m going to be here for

Buuuuut, I felt that we spent so much on the first half that we kind of missed a lot of the potential of the second half. The Arthurian characters had some nice revelations but didn’t exactly finish in a place to develop that. The epic land of the legendary far was a long hike with vague diversions. The big legendary thing they woke up didn’t do a great deal, and the big legendary thing they had to fight didn’t pose that much of a threat, we had a massive anti-climax. If some of the space used for padding were devoted to the actual threat, development and world then it’d be so much more awesome. I even had hopes because we had a huge recap section – hey with the size of this huge series a big recap post “I’m Camille and….” is not a bad idea. But then call it done and dive in

I think I can kind of get that this is an introduction to more to come while still reminding us of the cost of the war that is ongoing – so the stakes are really set high. And the moments that did that are really really really epic. But they’re bogged down with unnecessary moments and not given enough space to these moments which are so awesome.

It’s like having the most delicious, intense, flavoursome meat served on a plate with a great big mass of unseasoned mash potato. Or someone has tainted my perfectly beautiful steak with unnecessary salad. There’s something incredibly tasty in there I really really want to sink my teeth into – but why am I eating all this bland unnecessary pap?

As ever, this series has a collection of excellent women, all strong, sexual, powerful, determined, emotional and enduring as it has always had. There’s no women hate and even with rivals like Morgaine and the Raven Mother there’s a genuine respect between them and Camille and her sisters. Iris, new mother, is still respected for her strength and power and Hannah, who acts as a housekeeper/cook is treated as a genuine, cared for member of the household who is far more than a servant in the eyes of the sisters.

Morio is Japanese and plays a strong presence in this book though there’s only some cultural references to him, his being Asian isn’t downplayed. Shade and Trillian are both dark skinned – but unlike Morio, there race comes from completely alien heritage not connected to a human race, culture or ethnicity

Menolly and Nerissa don’t play a huge role in this book, but that’s due to the alternating protagonists – they are bisexual women in a relationship.

This book series continues to intrigue me, pull me in, enthuse me and immensely frustrate me.