Let me play with the chronology a little here to make it flow better: we have the inevitable scene where Sam and Dean discuss the current issue (Castiel the Nephilim et al) angst about it for a bit before deciding they should get on with a monster of the week episode. This is fairly standard fodder for Supernatural and the filler is all nice with lots of woe and emotion – but, it’s basically there so they can segue from “ZOMG EVERYTHING IS TERRIBLE AND THIS CONSUMES ALL OUR TIME!” to “Let’s hunt wererabbits!”

Now to said monster of the week

We have a spooky hotel which is being investigated by Tasha Banes. We’ve never met her – but we’ve met her twins children – Max and Alicia.

Tasha is a witch – but a good one (which is damn rare in the Supernatural world. Which I would consider something to consider as noteworthy given that this can be seen as demonising religious practice… but then this show also has a whole lot of evil Angels as well. And god was a bit of a self-absorbed whiney arsehole. So “religious power used often for evil” seems fairly universal)

She is examining some kind of bad woo-woo in this hotel – she finds a woman with a bad attitude and is then promptly stabbed.

Cut to Max and Alicia. Alicia is worried about her mother’s absence and calls Mary – getting Dean and Sam instead and they decide to join in. Max continues to insist everything is fine because denial is a very commonly chosen solution by so many people.

To the inn where they find Tasha, apparently alive and well. Since we all know that’s a lie absolutely no-one is shocked when Sam discovers people around the inn supposedly went missing years ago. After a few discussions about family that circle the same Dean/Sam/Mary vortex we’ve been swirling in all season.

Tasha is exposed as a fake and Max uses his woo-woo (since, unlike his sister, he inherited his mother’s witchy powers) to try and expose her. This alerts all the cloned minions of the house who are all pretty much invulnerable and a long battle follows

While Max and Dean go confront the witch behind all this and her gaudy nasty ring. She has a deal to make – a deal she offered Tasha and she refused. This witch is old and not far from death, the problem is that her powers came from a crossroad’s demon pact which means when she dies she’s headed for hell which she’d rather opt out of. She can do that by transferring her power to a new witch: she offers it to Max with the added bonus of wicker-doll-magic-living copy of his mother as well. Clearly it’s a hard offer to say no to – but Dean makes the decision by shooting the witch. Deal off the table on account of death.

While this has been happening, Sam and Alicia have also been fighting minions- and Alicia got stabbed and she died too.

This leaves a whole lot of bodies and an absolutely devastated Max who has just lost his whole family and would really like the Winchesters to leave. He doesn’t seem angry with them beyond a general angry at the worldness, but he does want them to just leave

Sam and Dean leave all very subdued and Dean does raise an interesting point second guessing his decision. Sure, Max was about to make the wrong choice and it was definitely the wrong choice. But how many times have the Winchesters made terrible choices to save each other? I’m glad we had Dean at least acknowledging the hypocrisy of this moment is something. And at the same time looking back at their own decisions and admitting that maaaaybe there were issues there is a nice point.

Ok, y’know, yes points for having a gay character they didn’t kill. And 1.5 out of 3 Black characters lived to the end. These are both advances on what Supernatural has managed for most of its run. But let’s also be clear that Max’s sexuality has been alluded to in 1 line, 1.5 did die and there’s little chance of Max and Alicia returning – and if they do it’s likely to be as antagonists. Supernatural has been getting better at its depiction of women, POC, LGBT and disabled people – but we’re still looking, at best, at one character every, at best 6-10 episodes? It’s not BAAAAD, but I’m not waving big flags about it. We’re past moments like this being worthy of praise.

To Mary who has begun to realise that Arthur isn’t just a brutal sociopath who uses torture as a tool but also gets his rocks off doing it. Also mick has been gone a long time and that’s totally suspicious. Then she finds Mick’s body in a box. Oh and Arthur has a big file on all American Hunters. The Men of Letters have a hidden agenda! 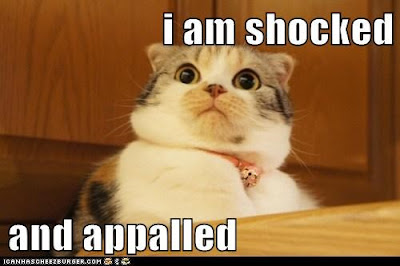 She and Arthur fight and it’s most awesome to watch as Mary definitely gives as good as she gets  - until he tases her in the back. Why she didn’t kill him when he was down I don’t know. Damn Good Characters