This is one of Scarlett’s ominous visions and dreams and comes with the added ominous worry that Vanessa is no longer part of it.

She and Axel have made it to Crooked springs, the place high in the mountains with the idealistic Jessie sending out red balloons and using the radio to try and attract people to safety because she’s overflowing with hope and positivity. There’s also Dennis who hates strangers and is sulky and not full of positivity. There’s also McGrath who… is there? And Boss Lady

Boss lady is mysterious. She doesn’t have a real name. She is a loner who stalks the wilds to kill vampires and saves people. She’s a scientist. We don’t know who…

Nope, I’m not playing this. I’m not pretending - I don’t believe anyone watching this show didn’t guess Ominous Older Woman is Mummy Van Helsing within 5 minutes. There’s just absolutely no way at all. I’m not going to hang around for a big reveal and pretend to be shocked.

Meanwhile Lucky, Flesh and Jolene are wandering the wilderness, kind of lost because Flesh has no more Vanessa visions (yes we’re playing up the fact she might be dead, I’m not really buying it). They do run across small precocious child Callie who is STILL ALIVE. Seriously she better be revealed as a fae or witch or alien or something because it’s ludicrous this kid is still among the living.

Also, note again that this show is taking place in a not-very-large theme park and if you wander for five minutes you WILL run into the other cast members.

Callie also conveniently has one of Jessie’s red balloons and expertly reads Jessie’s hand drawn map to lead them to Crooked Springs and more reunions. I swear people aren’t even shocked by tripping over each other by now

So pretty much the whole gang is now gathered together in the centre of the square 5 miles where they’ve been orienteering all weekend. So time for some character and relationship development: this includes Jolene learning that Doc took Axel to Vanessa, got him turned back human and all very self-sacrificey and she’s super super impressed and even if Axel hates her she knows Doc is awesome. This leads to Doc sharing her real name (Sarah btw) and hometown and them bonding

If I weren’t firmly against playing the subtext game I’d say they’re definitely on the road to becoming a couple.

Lucky might be pregnant and there may be Relationship Conflict between her and Flesh because Flesh is a bit “all about me” when it comes to angst but really this would work better if these characters had been developed more or had been remotely relevant to the plot all season.

More ominous is the ferals stalking the fortress. They are showing signs of intelligence, they’re using tools, communicating, setting up ambushes and generally being worrisome. Dennis is killed in a cunning ambush and turned - which is most unusual for ferals who generally eat people. They’re also led by the scar-faced vampire Vanessa released from the Ominous Base 2 episodes ago

Yes, that base is that close. I say again THIS ENTIRE SHOW TAKES PLACE IN A LARGE GARDEN. Everyone just runs into each other.

They launch cunning plans that involve taking out the power and everyone having to plan to get the power back on. This is generally not feral behaviours. Not-Vanessa’s-Mum examines their blood with Doc to conclude that the vampire’s are evolving and mutating super quickly and someone is definitely behind this. She’s very worried because this seems to make them resistant to sunlight which is bad - and able to regenerate in an almost supernatural fashion. To a degree where she worries vampires may become unkillable. This prompts Doc to offer her blood as a changed vampire to help find a cure - meaning Not-Vanessa’s-Mum learns more about Vanessa and her biting habit.

The cunning Ferals arrange another ambush using Dennis’s resurrecting vampire body (honestly the minute they said “regenerate” they should have checked this) which lures Lucky and Flesh outside to find scar-feral has captured Julius who is still alive - does anyone die on this show? Scar-feral is not amused: he wants to know why this human isn’t changing no matter how much he’s bitten. Of course they don’t answer and Flesh and Lucky get bitten

For Flesh this isn’t an issue. For Lucky this is a problem. Flesh is now devastated and Lucky pulls out a grenade from somewhere - which would have been really really really useful earlier - and uses it to blow herself and a pack of ferals up

Now we know why there was all the relationship drama; it’s a version of a Swan Song - trying to make Lucky’s death meaningful.

The gang is now sad and has Julius who is quick to tell Axel that Doc was super awesome and super helpful - but that he also doesn’t have the key and Dmitri is out there planning cartoonish evil with the elder.

To which Totally-not-Mummy-Helsing demands to know more. Upon hearing this she and Scarlett set out alone to find the elder and, shock of all shocks. Not-Mummy-Helsing reveals she IS MUMMY VAN HELSING! 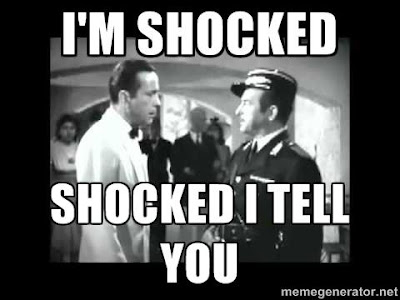 And back at the base Callie, the demon child, makes radio contact with the people who kidnapped Vanessa. Or leaned out the window and waved at them because everyone’s so close!