Star Trek, Season 1, Episode 10: Despite Yourself

I used to look at new Star Trek Episodes like: 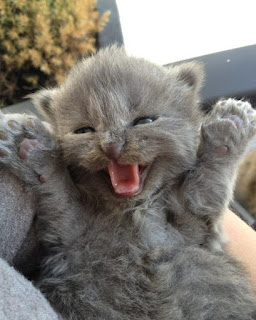 From now on my attitude is more likely going to be: 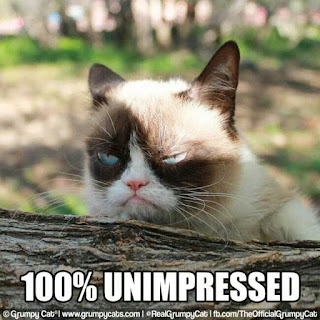 So the Discovery just ended up in a new place, completely unknown and Stamets, their Magic Mushroom wizard is alternating between catatonic and mumbling about castles. And apparently being able to throw Culper across the room

Wait, is it possible Sarek isn’t super strong? Do the writers just not know how hard it is to actually throw another human being?

Also Tyler is setting off Sarek’s threat ganglia which sounds like it should be a euphemism. Tilly is trying to annoy Stamets back to consciousness which doesn’t work - she worries Culper may blame her for not revealing that mushroom jumping was smushing his brain. Culper assures her he doesn’t blame her. Unlike Lorca who he blames 200% and politely invites him to fuck himself twice with a cactus of his choice (well the sentiment is there). Lorca makes noises about official protocol being that a new doctor not connected to Stamets should be called in. Culper points out protocol also says don’t melt your crew member’s brains arsehole so guess they both need to do some studying (perhaps not in so many words).

Culper is not a member of the Lorca fanclub

Lorca continues to be extra shady, with ongoing hints that he did this dimension jump on purpose, a seeming desire to derail them into exploring this world rather than hurrying back home where said shadiness could result in some richly deserved consequences and even a moment which MAY be a touching moment of faith and loyalty between him and Michael but to me kind of feels more like he’s trying to remind her who she owes/where her loyalties should lie especially since he can see her and Tyler are having a Thing (and way more than  mutual oral hygiene practices).

So what is this shiny alternate world? Well when they arrive they get attacked by a ship - a Vulcan ship. Which is rather unusual - but they’re rescued by another Human ship who seems quite casual about killing Vulcans. They do some exploring and find a klingon ship with Vulcan tech and Andorran bodies and doing some exploring of the data there they get the information:

There is no Federation. There is the Terran Empire. A human empire that loathes all things other, a fascist Empire controlled by a shadowy Emperor that revels in brutality and strength and murder

The visible shock of everyone is perhaps the biggest exploration of the values of the federation that this is the very opposite of everything they hold dear: this whole episode exploring the shock of it shows more of what the federation is than they’ve really covered all season. Especially with Michael’s excellent speech to Tilly about how the Terrans are strong because they have to be - because they’re constantly afraid and under threat; while they’re strong because they support each other

Of course this means they also have to interact with the Mirror world Terrans who would rather stab all the things. They realise their mirror world counterparts have disappeared so the plan is to imitate them to fit in. Which means the Discovery is controlled by Captain Tilly

Yes Tilly. Who is a brutal massacring horror show of a captain. This does not fit Tilly well but her acting it is slightly hilarious.

The research does identify another Federation ship that came to the alternate world - one that doesn’t have a magic mushroom drive so should tell them more how to get back without needing Stamets to be conscious. But this means accessing top secret files on a Terran ship.

Time for Alternate Michael! So it seems Michael is presumed dead - she is the captain of the Shenzhou (yes Gerogiou’s old ship) and was dispatched to find and kill Lorca - who was a captain who led a coup against the Empire and it Did Not Go Well. Lorca’s ship was destroyed complete with crew (in every universe it seems) and Michael was presumed dead.

Ok, side topic which may apply to Star Trek generally - but am I the only one who finds it kind of weird how each Captain seems to be basically autonomous? They have their ship and basically set off and do their own thing, the upper chain of command only appearing occasionally to be annoying. It’d be like an Admiral sending an aircraft carrier into the Pacific and saying “fuck it captain, do your thing, whatevs”.

The master plan is to have Michael reclaim the Shenzhou claiming to have faked her own death to get her hands on Lorca. So she, Lorca (as prisoner) and Tyler (as guard) can then explore her ship’s database for more information.

But before we get to their adventure on the Shenzhou we need to catch up with Tyler, the plot line everyone saw coming from a 100 miles and I kind of didn’t run with it because it seemed far too obvious but yeah serves me right.

And some seriously bullshit.

So Tyler keeps returning to L’Rell to fight his desperate Stockholm Syndrome, Flashbacks and why he finds her compelling and she pretty much confirms that he’s actually the Klingon Kol turned into a human to infiltrate. Except the process has gone wrong and when L’Rell recites her prayer of turning him back it all goes wrong and Tyler just has more flashbacks

Michael offers to help him with that, assuming it’s PTSD but he begs her to let him handle it - because technically procedure requires him to be quarantined until treatment and the closest medical centre is like a dimension away (I’m assuming the Terrans don’t have medical centres and just stab people in the face). Their relationship is definitely growing to an almost unhealthy level - Tyler seems to be clinging to Michael like a life raft.

Tyler decides to get to the bottom of this and asks Culper to examine him - who discovers he has undergone extensive surgery oh and his personality is not real. And he is totally not going into dangerous missions when they don’t even know who he is. Tyler reacts to this by snapping Culper’s neck and murdering him

RIP one of Star Trek’s two gay characters ever. We barely knew ye. Literally, you had like 10 minutes screen time (in case you missed it, the OTHER gay character is currently burbling and labotomised) 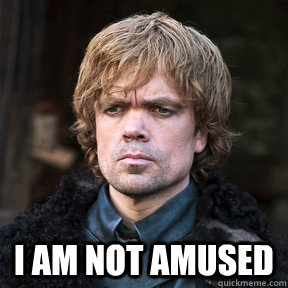 We will be returning to this. With a hammer. I would say when I’ve calmed down but that’s not happening. Possibly not in the whole of 2018.

Tyler, Michael and Lorca go onto the Shenzho and Michael has a moment recognising one of her, dead, colleagues is now captain of the ship. It’s emotional for her - even more emotional when she has to kill him when he tries to stab her to hold on to the captain’s seat. Her old colleague back from the dead - but as a space fascist and now she murdered him all over again. Ouch. Her new crew even gives her a round of applause for her murder

But this also makes me wonder how the Terran Empire works. Yes I get it they’re ruthless, but how does any empire function when the chain of command is changed on the edge of a knife all the time. When no-one can trust each other at all and every encounter requires looking over your shoulder.. This seems just a little too extreme to produce a functional society capable of bringing down every other alien race

So I’m kind of intrigued in some ways to see this alternate world. But part of me thinks it’s the 10th episode of a brand new show: we haven’t seen enough of the actual world before bringing in these kind of gimmicks, even if Tilly the merciless amuses.

And here endeth my moderate commentary

You. Are. Fucking. Kidding. Me 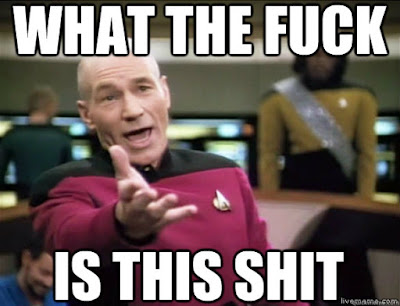 After blowing up gay media announcing that oh-so-inclusive Star Trek had finally, belatedly acknowledged that LGBTQ people exist and touting it through the gay media and you give us one in a fecking coma and one fucking DEAD. Yay kill your gays, AGAIN. And don’t give me this advertising bullshit about “gay love story that is transcendent and epic” Bullshit! They finally moved their relationship on from toothbrushes to kissing just before you destroyed them - it’s the epitome of Happiness as a Death Sentence 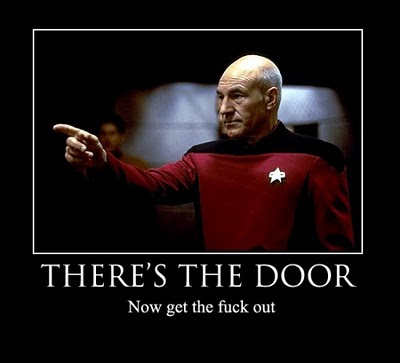 Last week - LAST WEEK - Star Trek did the media promotion thing by splashing their so vaunted gay couple on the cover of the Advocate. They were shilling this right up until the body dropped.

I mean, I’d be pissed if any show did this - but they made such a thing about the so-vaunted-inclusive Star Trek finally deciding to acknowledge LGBTQ people, they really sold this inclusion - and this is what we get? This fucking around with one of the most toxic tropes. 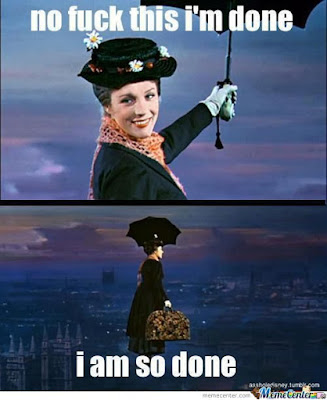 And while the show does have several POC who aren’t in comas - the fact we’ve lost Culper, Georgiou and Landry is noteworthy

Even if they do resurrect Dr. Culper at this point (which shows the desperate straws I’m clinging to) I’m not forgiving them playing with this trope - nor for them just using a truly vile tool to basically plot box him. Because even if, as they desperately tried to peddle in the face of a whole lot of “you did fucking what?!” their story isn’t over, there is absolutely no reason it had to include this trope at all! It adds nothing, it’s completely unnecessary and at very least will result in the gay characters packed away with the added not-shocking-shock-value of murdering a gay character