Lucifer nicely sums up the whole murdering Cain so he can teach his daddy a lesson complete with pictures. Not good pictures but hey. And he tells Cain his plan - he intends to erase Cain’s sin.

Now I thought this meant actual time travel (he is the devil, it may be possible) but instead what Cain is planning on is bringing Abel out from hell (as Cain triumphantly announces, he always told everyone Abel was an arsehat!) where he has been since the beginning - its first resident - and putting him in a new body. This will erase the murder and therefore uncurse Cain…

….Which I think is rather logically unsound. I mean, Cain was cursed for the evil act of murder - an act he has still done. And it’s not like he’s even atoning by bringing Abel back. But Lucifer isn’t exactly a logical angel.

Pierce signs up to this - and the first thing they need is a brand newly minted body. And Chloe perfectly times her arrival with news of a bombing, one dead another injured and near death. They seize on this being an opportunity and hurry to the hospital - Pierce insisting he take Lucifer this time

Chloe is rather touchingly put out by this. Lucifer’s her partner. She trained him. She made him a half-way decent detective and now he’s running off with someone else. She’s quite miffed by this. How dare he steal her partner? And how dare Lucifer be so disloyal!

In the hospital, they see the bombing victim, Bree (who looks amazingly well preserved for a bombing victim) and conclude she’s a bad choice because she’s too young and no-one actually wants to have Abel around all that long. Instead they find a nice, recently deceased 90+ year old with no family who will do nicely.

Except Lucifer misses and drops (oh Lucifer can zip to hell and back easily now he has his wings back) Abel in Bree’s body anyway. Oops. And bringing him back didn’t make the Mark disappear

Plan B is to have Abel kill Cain. But for that they need to find him - Cain knows very little about his brother who he hasn’t known for millennia - but Maze does, she’s been torturing him in hell all that time.

And Abel is most likely to chasing women being even more sex obsessed than Lucifer.

Meanwhile Chloe and Daniel look at the bomb scene, the apparent target is a movie producer called Alexa and Bree was her personal assistant. After chasing down a red herring we come to some Bolivian drug lords who may be after Alexa, one of those hitmen has arrived in the US

We catch up with Abel, in Bree’s body, randomly sexually propositioning passing women. He’s like Lucifer without the charm, class, style and charisma. And honestly it kind of shows the skilled acting of Tom Ellis that he pulls the same behaviour without feeling as obnoxious. (Note the “as”)

Of course, Abel being dead again will foil Lucifer’s plans to thwart god. Unfortunately for Amenadiel his plan fails due to a Bolivian hitman arriving (who Abel shoots) followed by Cain and a very very unhappy Lucifer. The angelic brothers Have Words and the hostility between them is definitely rising which will probably come to a painful head soon.

Lucifer’s latest idea is that to banish the curse Abel should murder Cain which will make everyone even stevens because…. Vengeance is mine sayeth the lord. I guess. Oh and the reason Cain is happy to die is because he firmly believes he’ll go to heaven as he doesn’t feel guilty for killing Abel (he says it was a fight, either of them could have died). We already know it’s guilt that drags you to hell (which is super unjust and problematic, I’ll add).

In the case they’ve concluded, obviously, that Alexa isn’t the target Bree is. And that Cain just lost their prime witness. Twice. I love watching Lucifer wait for Chloe to yell at him. Of course she’ll never yell at her boss even if he is involved in Lucifer like antics. But she does feel free to use every bit of polite GUILT ever. And still takes issue with him stealing her partner!

They look for a motive for why the Bolivians would have targetted Bree (now Abel) and find her employer (falling apart: the problem with a good PA is you can’t function without them). They find a cupboard biometrically locked to Bree and some evidence suggesting she was involved in money laundering and doing her own little skimming which gives them a motive to kill her and Chloe to make a passionate speech about loyalty which totally isn’t directed at Lucifer honest. And makes a reference to how yummy Cain/Pierce is.

Cain needs to find Abel and recruits Maze’s help - yes she said she wouldn’t so they sweeten the deal and tell her Amenadiel really doesn’t want them to. Since she’s still mega pissed at him; she’s in.

Cain lures in Abel - and Abel shoots him. And another theory of Lucifer’s fails - Cain resurrects. Abel is confused and starts to collapse in horror because his constantly recurring hell - Cain killing him - seems about to happen. Cain and Maze (much to Maze’s joy) fill him in on all the details. Cain also wants to keep his brother alive as he’s convinced Abel is the key to ending his curse

Maze goes on to keep Amenadiel busy with a fake Abel and fighting him. It’s a painful, emotional confrontation as they argue about why she’s mad (them lying to her, even if she and Amenadiel were broken up when he was with Linda) and his claim he was trying to protect her (which is condescending…. But also you kind of have to take into account Maze’s… excessively violent reactions). He stops fighting back which is absolutely no fun for Maze… Amenadiel talks about how much she’s hurting Linda and it’s all pain and sadness. 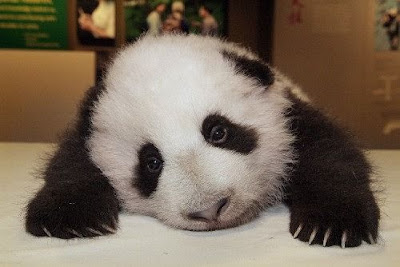 Of course now they have Abel they also have to look at the fact the body he’s in - Bree’s - is now suspected of money laundering and is wanted for murder. So they hand Abel over to Chloe to co-operate fully. And he continues his terrible terrible attempt to flirt: it appears that learning a gazillion languages and modern slang has not taught him anything about modern 21st century America since he tries to seduce Charlotte with the size of his flock of sheep. It’s cringeworthy to watch.

He does co-operate to everything, though he knows nothing, and they take him (in Bree’s body) to go open the locked cupboard keyed to her DNA and have a bit more investigating: and uncover that actually Alexa was the criminal working with the Bolivians and they were both trying to kill Bree who found out about this and tried to report her. So all the targetting for death was aimed at her

Including the bomb in the cupboard keyed to her.

Now we have a bomb situation. Chloe won’t leave Abel (who she thinks of as Bree, an innocent) and Lucifer won’t leave Chloe because she’s his partner and all that loyalty stuff, of course, was leading up to something.

Do I even have to say that no-one blows up? No-one blows up. The bomb is defused because this is TVlandia and generally an easy thing to do. But Lucifer is starkly horrified that his machinations nearly got Chloe killed which causes him to do something radical - and renege on his deal to Cain. He can’t go ahead if it could kill Chloe

And he is Lucifer, he never ever breaks his word - so this means a lot.

Of course Cain is still focused on Abel as the way to break his curse. They do make a kind of peace -though Abel is unwilling to be too close to Cain due to millennia of being murdered by him in hell. Except Abel walks into traffic. Of course. He was very very very very very very annoying

Last storyline from Charlotte - she’s in therapy with Linda and Linda insists that to help rebuild her memory she needs to confront what she does remember - her time in hell. Charlotte refuses, her need for control and need to win. She storms out of Chloe’s office

It’s only when she confronts Abel and realises Abel is happy to give up all control rather than face his ultimate fear: hell - that she realises there’s something she fears far more than losing control

She returns to Linda and describes her hell: every day she wakes up is happy with her family and every time her family are murdered - by someone she helped set free. Every time a different person kills her family, someone she freed. 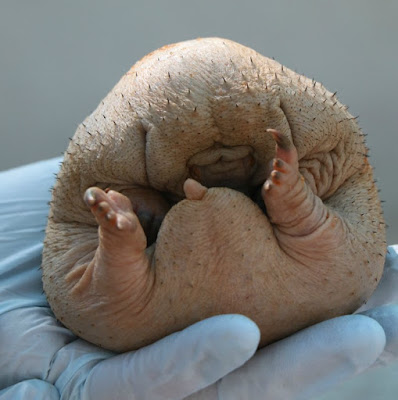 The demonstration of loyalty from Lucifer to Chloe - and even Chloe being wounded that Lucifer would leave her for Pierce is kind of touching and nice. But the closer they become and the more and more signs we see of Chloe and Lucifer bonding the more glaring it is that Lucifer hasn’t told her the big secret. Especially since there are increasingly going to be storylines with Cain et al that won’t involve her.

I have spoken before how much I loathe how Charlotte is demonised for doing her job as a defence lawyer, but this is beyond that. This is repellent. Charlotte went to hell and suffered in hell because of the criminals she defended? This is what defence lawyers do. This is what they have to do for system to actually work, for it actually to APPROACH being something like a justice system rather than even more a condemnation by default than it already is. This is part of the whole repellent demonisation of law, human rights and basic protection of the innocent we see in police procedurals of all kind and it is utterly toxic for society.