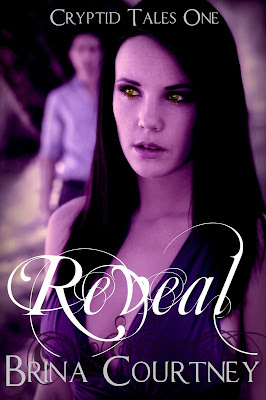 Shay has always been able to see ghosts, ever since her father left their family when she was 6 years old. It had always been her secret that she kept hidden while she tried to lead a normal life

Until she found Hugh, a very attractive guy – who can see ghosts as well. But seeing ghosts is just a tiny fragment of the truths he can reveal about her nature, her heritage and her father

And the dangers they – and the world – face.

The world is fairly interesting. We have people, Cryptids, with various abilities  due to their DNA being spliced with animal DNA (cats) leading to  the ability to see ghosts and shapeshift and some sundry other abilities which will no doubt arise. None of these abilities are especially original or shiny but nor are they particularly clichéd. It’s nothing exciting but it can work as a background – except the whole building around it is mind numbing.

The way they came about these powers is original – which is good because it’s absolutely freaking ludicrous. One’s ancestor drinking cat’s blood is a ridiculous origin story. Hey, I would be Super Pork Man, empowered by black pudding to be really tasty! This follows ongoing world building shakiness is exacerbated by things like her dad making Shay, our protagonist, super duper powerful by giving her his genes. He removed his ghost-seeing genes and injected them into her giving her… uh… extra Cryptid genes I guess.

I kind of glaze out and try not to think about it too much or my head hurts.

A lot of the rest of the world building is just so generic or, at least, horrendously underdeveloped to make it seem generic because we don’t have any details to make it more than generic. For a large part of the book the enemy is literally called “The Darkness.” Beyond making me want to snark about reaching for torches, it’s so vague and pointless.

This is later developed into Native American mythology – the Darkness is apparent Malsumis – a malevolent figure in Algonquian and Abenaki beliefs. I can’t say I know much about either belief system on which to comment except to say – Native American woo-woo and animalism! Brown people woo-woo strikes again! And my admittedly limited googling points to these being people being from the North-eastern US so the whole rural Texas reservation seems odd (the reservation made up of a dozen people who don’t deal with any other Native Americans seems odd too). This legend is pretty much the extent of delving into any Native American culture (the tribe/nation isn’t even named) and I can’t esc ape the feeling that it’s there for woo-woo justification. The flip side is we are blessedly free from the more blatant stereotyping though poverty is very much apparent.

As a villain in the book, Malsumis isn’t presented in a particularly menacing or dangerous way. People talk about him as dangerous and that’s about it – he wants to destroy the world and/or humanity. Ok, I can get behind a malevolent deity that literally exists to cause nothing but destruction – but I need that to be sold to me. A creature with literally no motive in life except utter destruction of everything is not going to be very human – they need to be inhuman to sell the whole mindset as believable. The Malsumis presented is all too human – and not very menacing with James Bond monologues, cursing out his minions and with the deadly, scary ability to turn to mist and he ended up running away in the face of pretty unimpressive force. He needed more oomph.

And why does he have minions? How do you even get followers when your remit is “the utter destruction of absolutely everything”? Does he offer a really good benefits package or something?

But the main reason why all of this falls flat is that there’s little coherent plot that goes anywhere. There are plotettes.

Shay goes to Hugh’s home to learn all about Cryptids, but other than an info-dumping mythology lesson and information that they knew her father, she doesn’t really learn much about what Cryptids are and spends most of her time hiding in her room, reading books (but not telling us about their contents) and trying – and failing – to shapeshift. She doesn’t actually train any abilities she has.

And she does have abilities – apparently summoning and banishing ghosts as well as talking to them. Does she develop them or learn them? Nope. Nor are the abilities of the ghosts or the special nature of the child ghosts – it’s just mentioned and then left alone, unquestioned, undeveloped, unknown.

One of the ghosts, Wendy, needs help but that’s never really explored in any great detail. Jeremy runs around doing ghosty stuff, but again, it’s kind of vague as to why or what.

She arrives in Texas and is attacked for being a “half-breed” and then becomes sorta friends with the attacker. Is there a point? If you’re not going to develop a prejudice/hate storyline then why bother including the reference?

There’s a storyline about her brother and his DNA – but it’s just there. She and Hugh solve it, easily and simply and it’s closed. The whole section could be removed from the book without any change to the story.

She has a friend, Olivia, but, again there’s not much point of her or her job in the antiques shop or the fact the shop is failing because none of it is developed or made meaningful.

It just feels part of background noise – but the whole book is background noise.  Malsumis is only vaguely referred to through most of the book – many times I even forgot there was a big bad. She has to come to terms to the revelation of her nature – and she does. Because she’s always been able to see ghosts and she makes no effort to actually develop her abilities, learning all this about her history is pretty academic. Yet she still talks about the “shambles” of her life… but nothing in her life has actually changed! She whines “I didn’t do anything to deserve this”… deserve WHAT? There’s this whole section of angst inserted without any explanation as to what she’s actually upset about.

And the romance? Well, it’s pretty standard in the far-too-common bad ways. She finds Hugh sexy – fine, great nothing wrong with that (though them both being virgins and calling college an STD breeding ground gets some side-eye) – but that quickly turns from physical attraction into love without any real development between them. They run into each other at a few woo-woo moments, she thinks he’s hot – then BOOM twu lub hits.

Then he decides that, despite hardly knowing her, it’s a great idea to take her to see his parents. In Texas. And he’ll do that by taking her on a road trip from Virginia without telling her where they’re going or giving her chance to tell her mother.  And he goes through her things to pack for her. This isn’t endearing, it’s creepy and weird and at least she’s pissed off about it. But then his parents talk about them as prophesised mates… I don’t care if I had to walk back to Virginia, I’d be out of there so fast.

Ok, inclusion? We have a lot of Native American characters but I’ve mentioned above which encompasses all of the minorities in the book, there are no other POC and no GBLT people. I’ve mentioned some of the problems there above.

As to portrayal – the characters aren’t developed enough to be good portrayals. Shay spends most of the book reacting to what other people do, occasionally getting mad, but largely following along; that doesn’t mean she’s passive per se, but she reacts to what is happening rather than directing anything herself. I can’t talk about any of the other characters because they’re not really developed enough to be characters.


Which is the problem with this book. The characters aren’t developed, not even Shay. The world isn’t properly developed. The story isn’t properly developed – we have no story, just a series of random events loosely hooked together to try and make a coherent whole. The bad guy is so undeveloped as to be almost comic. The relationships, the friendships, the love is all undeveloped. It just doesn’t work – it’s a pottery cup that hasn’t been baked yet, it’s all flabby and falling apart and it definitely won’t hold water. It almost feels like the author sent out copies of a first draft than a finished novel