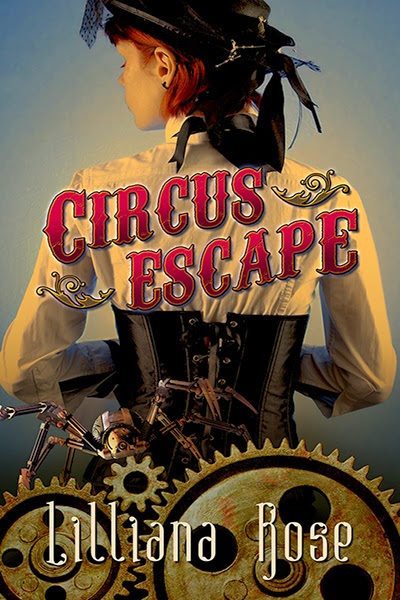 Nessie is a stifled daughter of a local politician with so many hopes and dreams – that feel like they will never happen. And a deep fascination in the mechanical that is deemed very much unladylike by her mother

Joy is a mech controller – a battle mech that fight for the entertainment of the masses. She’s skilled and confident – but stifled by the boss that controls her.

And they meet each other and they may have the keys to each other’s hopes.

I didn’t realise this book was a short story until I read it – it would have put me off because I’m usually not a big fan of novellas, especially novellas that seem to be stand alone.

Still, I’m glad I did get it because it turned out to be a sweet little story. It’s a romance and we do have some of the standard tropes we all know and expect – heavy awareness of each other’s bodies even when it’s not realistic and a rather rapid falling in love that goes far too deep far too quickly given the time scale.

But it does them well – the lust isn’t too heavy or overdescribed and the love isn’t presented as “quick lets run to an altar now!” kind of thing so much as it is very intense interest with a hope for much much more to develop.

It’s also a relationship between two women, which is a definite plus.

I also like that romance isn’t the entirety of their lives. They have hopes and dreams and ambitions and interests and histories and goals that go beyond each other and their romance. They have wishes for independence, a great love of the mechanical and a mutual appreciation for an extremely well made machine. In the little snap shot this book provides, they’re both clearly intriguing and developed characters

As is the world they’re in as well. Its society feels part futuristic sci-fi and part steampunk with a definite frontier vibe as well. And even the “villains” (inasmuch as there are villains in this) are not evil connivers – but more people with their own goals and aims.

Part of me feels like this is high praise for the book, after all it left me very much wanting more of everything – more of the world, the characters, their stories, their dreams, their lives. But while it left me wanting more… it didn’t deliver that more and I was disappointed.