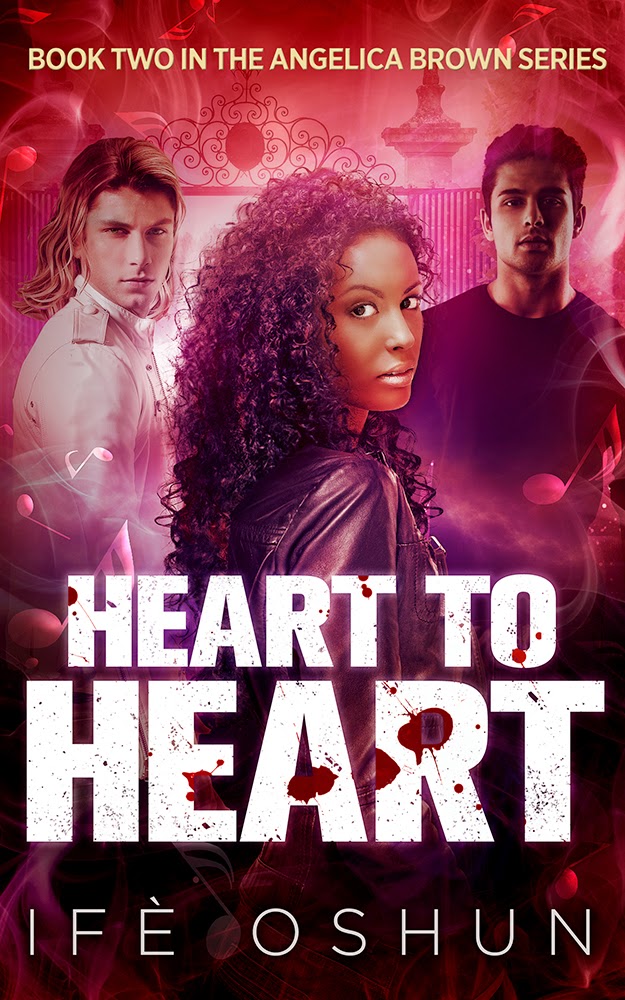 Angel’s music career is taking off. Their group has a television gig, their music is becoming popular, and they have a growing passionate fandom. Success is definitely striking and, as Angel moves to LA, she and her friends quickly have to navigate the often shark-filled shoals of show business and the music industry

And she has to do it without the support she previously had. Her mother has fallen to the Long Sleep, like any immortal she spends time in deep slumber during which Angel’s father has to tend to her and protect her. Angel is adrift –and it’s not just in the music business; she’s a new Shimshana, her hunger for blood is still raging almost out of control and her magic has unfortunate effects on the mortals around her

Including her magical boyfriend Sawyer and her band mates and best friend, Lala and Jules. It may not even be safe for them to be around Angel at all – as she becomes ever more isolated even as the crowds of fans grow.

This is one of those books I have difficulty reviewing because I feel the need to be more objective. A lot of the story involves Angel’s music career and it’s really well written. There’s glitz and glamour and a lot of excitement about the success – but it also excellently portrays the manoeuvring they have to go through. There’s a lot of forced socialisation, a lot of false hangers on and required entourages, a lot of mingling and being seen whether they want to or not, a lot of contacts, a lot of necessary parties and a lot of traps and pitfalls- even for a human, let alone a Shimshana. I like how all of the glitz and glamour isn’t fully glamourised, the underside is seen, the risks are seen, they get into trouble and have difficult situations – even little things like none of them being willing to eat Angel’s dad’s fattening food because they’re afraid of putting on weight for the cameras.

It’s really well written and an excellently involved story – my disconnect is it’s just not a subject that appeals; subjectively it didn’t draw me in, objectively it was an excellent piece of storytelling with a very good balance.

It all also fed into Angel’s major character development this book – Angel being alone and having to grow up through it. In the last book one of the defining features of Angel I loved so much was that she had a passionate and involved support network she has good friends, she has a loving and supportive family – it was pretty rare and wonderful in the genre. And this book she, well, doesn’t exactly lose it but she has to stand without it (and I was glad this was done without all the angst). Her family has had a temporary tragedy but is also menaced by official and powerful forces which prevents her parents from focusing much on Angel (I do kind of think her elder siblings could have been a little more supportive at this point). As a relatively new supernatural with fraying control and immense powers, her friendship with humans is fraught to say the least. She wears away at her boyfriend Sawyer’s control – and since he’s a powerful and dangerous wizard that is most certainly not a good thing. Her Shimshana-ness has a terrible effect on her friends if she spends too much time around them – including her band mates – meaning she has to not be around them. Which is hard when producing a record together and ultimately there’s only one real way to do it – drive them off.

I have to say that the whole “I have to be mean to you for your own good because it’s bad to be around me” is a trope I would not only like to see die in fire, but has me gleefully reaching for the flamethrower, so I don’t like it – but it really works in this context. And part of how it works is because Angel,              Jules and Lalas are friends. Yes, they fight. Yes they spend some time apart. And then they come back together tearful and concerned and not really caring what they fought about because they love each other really. And, unlike many over instances of this trope, there is a real and strong justification behind it.

That’s not to say there aren’t times when I look at Angel and think she’s made the worst decision ever. Her decisions to trust Justin, for example, despite him virtually waving a big neon sign with “suspicious bloke” written on it. Or splitting off from her sister. Or embracing a Trad (supernatural as separate from humans who are pretty much snacks) lifestyle as opposed to an Inc (integrating among human society) lifestyle. These decisions don’t seem to be the best and are… dubious to say the least.

But I think they’re supposed to be. Angel is 16. She’s 16 with a developing music career, high stress business, super powers running amok and without any parental guidance and little guidance of any kind for that matter. She’s confused, she’s lonely, she’s in mourning, she’s a little scared and kind of cresting in despair. I hated all of these decisions as Angel made them but by the end of the book Angel had finished her growth arc and we did look afresh at the choices she’d made, the reasons and why they weren’t always the best.

The majority of the characters in this book are POC, Angel, her family, her friends, her bandmates – most of the people around Angel are POC (in fact, I think the two exceptions to this are on the cover). It’s refreshing, it’s very involved and pervasive without the usual tired stereotypes.

Some of the most important relationships in this book are also between Angel and other women – her friends. The two guys may be on the cover and they’re certainly vital – but Angel and her family, Angel and her friends who are always there and always a part of Angel’s life.
We do have LGBT characters – but they’re much the same as the first book: a gay man there when it’s useful for him to be there and a couple of lesbians to ghost around and show us how terrible celebrity culture is. They’re not really characters so much as narrative tools.

This book follows from the first book in being another story where a lot happens but the true focus is Angel’s growth – her adaptation not just into a fully grown Shimshanna but also into a fully independent adult. The star of the book is Angel’s growth as a character and as a person and it’s really well done. At the same time we have a nice little nugget of foreshadowing through it that suggests that the next book is going to be about far more than personal growth- now Angel and where she stands in the world is fully established.