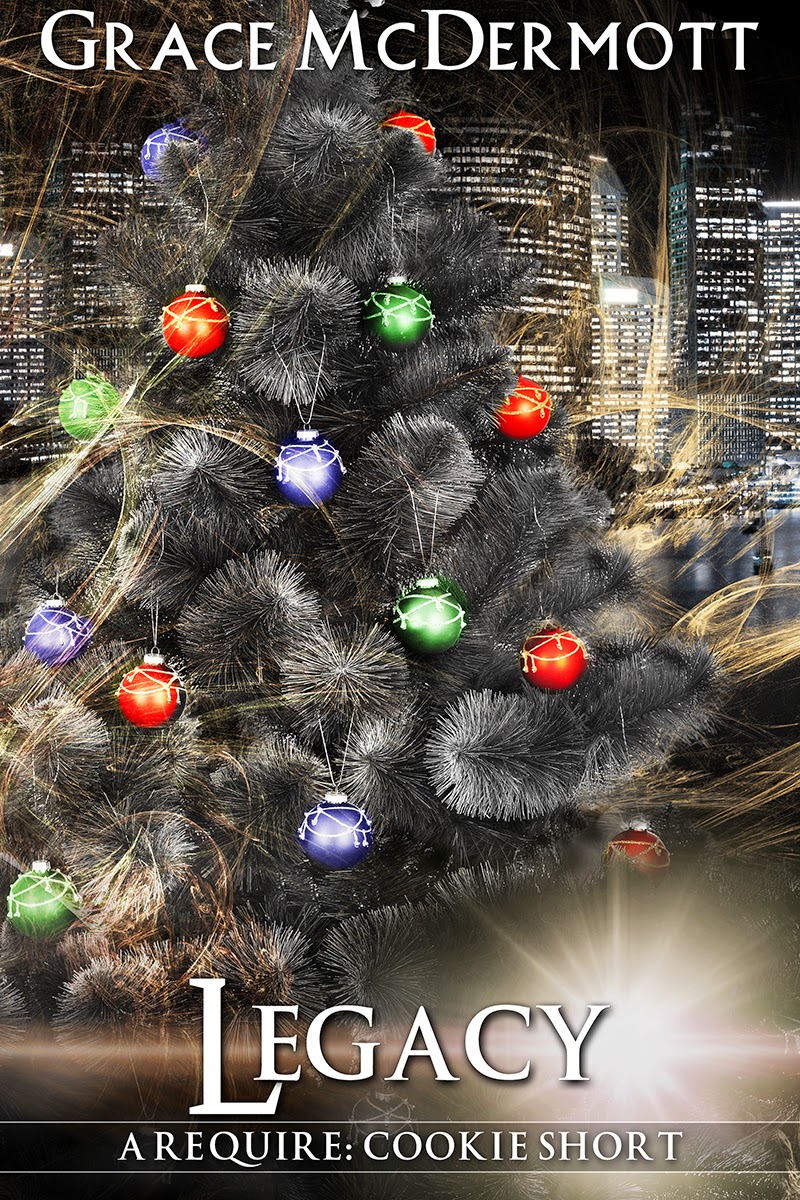 Novellas are always tricky, especially for pre-established worlds, which is why I generally don’t like them. I often find it’s hard to make them pointful, it’s difficult to put something in such a short book that actually adds something meaningful to the overall world.

This is even more true for complicated world settings because you have so much to remind the reader of, so much relevant information to refresh, and little space in which to do it.

The Require: Cookie series seemed to be a particularly tall order. The world is huge, complicated, nuanced and requires a lot of concentration. I was dubious, I admit.

But it worked – it worked by not covering all the vastness of the world but by covering one, gritty, grim corner of it. It alludes to the hugeness of the System and the various supernatural beings out there, but all the reader need know is they exist, not the specific details of them. By resisting the urge to explain the fundamentals of the world it works. And it works because it’s a very personal story. This isn’t a story of the world, the setting, how anything works – this is the story of Rhys. We don’t need the details of the bigger picture – just that there is a bigger picture and that Rhys doesn’t fit in it.

Because Rhys‘s story is also a nice snap shot into the history of the world. If you’ve read the original story, we know about Agents, the enforcers, police and general facilitators of the System who generally make things works. But the Agents in that book are very modern in their outlook and feel; this is a nice insight into what came before and how the System updates itself and how it needs different agents/employees/enforcers as the world changes

If you haven’t read that book, it still works as we look at the updating of agents of the powers that be, as bewinged angels give way to dark and gritty Duskers who in turn fall back to the precise and robotic Agents. It works as a concept even without the excellent back story.

And Rhys is a fascinating character full of conflicts. He’s crude and gruff and dangerous and disrespectful and full of rage and violence and even sadism – and he’s compassionate and protective and fiercely duty bound. The powers that be have handed down a decision that her ferociously disagrees with – but wouldn’t even dream of disobeying despite the personal cost. He is confronted with his replacement which he is sure will fail to do the job properly or in ways he considers utterly vital – but rebellion is out of the question even if his fellows have. He’s a mix of contradictions and conflict that is excellently portrayed.

And for all the grittiness, he cares and he is an agent for good which is what adds a level of poignancy to the whole thing. His ultimate objection to his replacement is the shiny new Agents do not go to the dark and gritty places they’re needed or, as he puts it, they don’t care about “the whores.” He emphasises how those most vulnerable in society need far more attention and protection even as they fall through the cracks

I do think that the super-grittiness of the story does damage it in some ways because it’s kind of hard to say that Rhys isn’t exploiting the sex workers he champions and defends. I don’t think it’s necessary for him to use them for sex (or even to desire sex given the givens) – or to have it so clearly defined as exploitation. It’s a difficult trope that has him basically defending these sex workers for “favours” more than genuinely championing them. There are also no minority characters that I remember in the book.

I think this novella actively adds a whole new nuance to the series; it manages to do exactly what I hope that a novella will achieve. It’s definitely worth reading on its own or as part of the series.