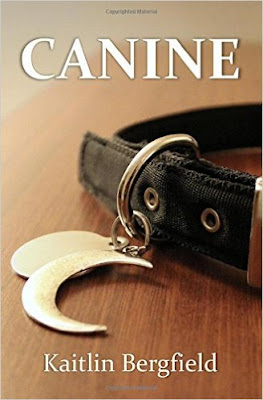 Our protagonist is a werewolf on the run from his family, desperate to hide from a legacy they are determined he will follow. He has found the best way to hide is as a dog, pretending to be a domestic dog he is taken in by various kind “room-mates” until his situation becomes impossible to maintain and he has to move on

He’s been managing for years now – but his latest room-mate has discovered his secret. Werewolf law is very clear – showing yourself to a human is a death sentence

And the wolf has to decide whether to run, keep hiding – or confront those hunting him.

There are several interesting elements to this book. A werewolf trying to pass himself off as a household pet is something I’ve never seen before and it’s definitely original. I really like how much detail has gone into thinking this through – the lengths the Protagonist (who is nameless for most of the book) has to go to to hide his humanity are quite extensive. Being able to wash, wear clothes, have ID, stay in the country (he is English and living in the US), brush his teeth or even read a book all take so much effort and thinking. There are nice elements like the effort he has to go to to make it seem like he doesn’t know what people are saying around him – because dogs don’t understand and it’s hard to maintain that fiction. I also like little references like his love of chocolate – even though it makes him terribly sick. Or having to cower in front of other dogs because even little dogs will bite him if he doesn’t.

There’s a lot of thought that has gone into the real difficulty of a werewolf living like this. It’s involved and a difficult way to live which requires a lot of interesting thought and development.

The characters he ends up living with – Galen and Sean – are an interesting gay couple. They have lives, histories, conflicts, hobbies and conflicts. They have problems with work and family, they have to deal with homophobia but other personal and relationship conflicts as well. Except for some of the problems I’ll get to later, they have the potential to be very good characters.

He also covers nicely how dog ownership can really help people, how it can help people dealing with high stress lives, people who really benefitted from the comfort and support of a dog.

Unfortunately this also comes with him being happy he can see his “room-mates” naked.

There are other problems as well

Firstly I think the plot has more than a few shaky elements that stretch my belief. I have trouble grasping that Galen and Sean so quickly and easily accepted the Protagonist into their lives as a werewolf. I don’t follow why they were so happy to have him mooching on their lives. I certainly don’t see why Galen was suddenly so eager to play Henry Higgins to the protagonist’s very reluctant Eliza Doolittle. I don’t understand why they are so very invested in the protagonist. They also really casually accept the existence of werewolves pretty casually

It also underscores how little we actually learn about werewolves, what it means to be a werewolf or even their greater culture and organisation. Through their lack of curiosity, analysis and the Protagonist’s extreme secrecy stopped any kind of real world building there

There was also a lot of decisions that were made - including the protagonists decision to tell all and sundry about his werewolfness – which just didn’t make a lot of sense. Or the whole way Galen decided to get the protagonist a fake ID. I think these decisions were made to advance the plot without any real foundation for them – they had to happen so they happened.

But my main issue is with the protagonist’s homophobia which completely undermines the depiction of these otherwise two excellent gay characters to such a degree that I would not recommend gay men read this book. The protagonist enters Galen’s home and quickly realises he has lucked into his utterly ideal situation; this ticks every box he could possibly want after he bounces from several disasters and has no idea where else he would go. But the fact Galen is gay is almost a deal breaker for him. Yes, he almost leaves – several times – because Galen is gay despite everything Galen does for him and how ideal this life is for the protagonist. It’s like refusing a cheque for £1,000,000 because it’s a gay person giving it to you. Actual quote:

“I can’t deny this place has its draws – in fact if Sean were a woman I’d roll over now and stay here until I die.”

The protagonist constantly refers to these men he’s leeching off in homophobic and othering terms (constantly making it clear how weird and creepy and abnormal he finds them). Several times he talks about being disgusted, nauseated and nearly vomiting because Galen and Sean do something like kiss. This never really gets better – all he does is tolerate them. He doesn’t realise these gay men are great people who have done a lot to help him which he doesn’t deserve: no, he sees them as great people who have done a lot to help him DESPITE being gay. It’s not “these guys are great men who happen to be gay.” It’s “these guys are great men but it’s a shame they are gay and I’m having to tolerate this”. That’s the message – because the gay men are so kind and patient and giving to him, he is willing to tolerate them – but it is always this very grudging tolerance. In top of that we have some horrendous stereotyping over and over again “more clothes than a straight man would ever own”, “lotions, creams, cleaners toners, colognes, gels and pastes that if I didn’t know better I’d have guessed it was a woman.” “Acting particularly gay.”

So if you’re a saintly gay couple who are willing to let someone move into your house, eat your good, buy them a whole wardrobe, get them a fake ID, risk your life keeping his secret then he may be able to tolerate your presence and probably not vomit on the carpet. Yay.

There are very few women in this book. His previous “room-mate” was a Spanish speaking woman (who he rejected for taking him to the vet but also being both clingy and vexing him by speaking in Spanish. We also get some random women he runs into expressly to have sex with – one is described as having “caramel covered skin” so I take her as a WOC who also exists as a sex object. There are no other memorable POC characters or meaningful female characters.

There are some good elements to this book – it is a very original story and it truly does develop its concept well and what it would mean for a werewolf to actually live like this. It has the core of an interesting world but I don’t think I’ve seen enough of it to be really drawn in – and the plot was more than a little clumsy at times. The main barrier for me is the appalling way the protagonist referred to his “room mates” which, by the end of the book, left me too aggravated to be that interested in continuing.