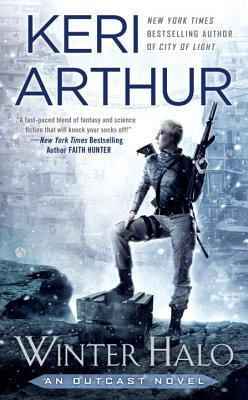 Tiger is one of the few reviled Dechet, super soldiers created by humanity to fight the shifters - before the shifters dropped the bombs anyway – left in the world. She lives alone, literally with the ghosts of her fellows.

But missing children, children being experimented on by dark forces possibly from beyond the world destroying rifts, is something Tiger cannot ignore. Her gifts and training will be essential to Jonas and his allies if he wants to get these children back.

Of course, the ancestral hatred between their people is something else they’ll have to over come

I reviewed the first book in this series very favourably and a lot of the stuff that happened there remained awesome in this book as well. The world building – with the war between the shifters and humanity, the creation of the dechet, artificial fighting beings as weapons for humanity are all still there and excellent. The idea of vampires as a vicious, terrible threat constantly lurking outside the light is a wonderful change from a genre so replete with super sexy angsty vampires. On top of that we have the wonderful addition of the rifts and the new threats lurking against shifter, human and dechet alike.

This leads to the current wonderful conflict with Tiger, our protagonist, a dechet having to leave the comfort of her isolation in the last book to chase her demons and save some children. And we have the ghosts, which are also awesome.

These are all excellent things that were in the last book and they continue to be excellent in this book.

But they continue, they don’t really progress. We don’t really know more about the world than we already have. We know the big bad guys plan, kind, but I’m not sure of their motivations yet. Or at all. We get hints here and there – of the hybrid creatures from the rifts who have different motives (whatever they are). We have some hints of others joining in because of bitterness over the war… but barring as few immortal beings this war has been over for 100 years; I need some more development to see why so many people are

In this book we have a lot of things happening but it all feels a little… disjointed. Partly it’s because of the way the motivations are presented: everyone cares about the missing kids. And I get it, kids are missing and being tortured and experimented on this is terrible – but so is the actual plan to destroy the entire planet which seems to be way down everyone’s priority list. When what Tiger does actually derails or damages other plans – like her infiltration of the big bad company it’s all about the kids, occasionally thwarting other plans in the process, but only as a tangent. It feels odd that we have this major apocalyptic thing that everyone’s kind of brushing over for the very noble cause if these kids.

This also kind of makes the story disjointed – especially when we get random events like Tiger randomly meeting a bigwig and trying to seduce him randomly on the off chance he knew someone and then she keeps pursuing this very long relationship with him which eats lots of time and I’m not sure what it achieves. Or there’s the infiltrating to the upper levels which makes a lot of sense if they’re trying to shut down the country but instead it’s just another stepping stone. I mean they do damage the company but it feels almost tangential.

It wouldn’t take much to just actually have made all this fit – just more clearly explain what they actually intend to achieve with each step, actually showing them achieve that and actually have them focus on more than the kids.

I also wish we’d continued the theme of Tiger being sick of how the group was treating her. I can understand her working with them because she’s practical and they have the same goal – but some more resistance, some more commentary on her trust, her refusal to tolerate any more threats from them – would have been nice.

Again, there’s a whole lot about this book I love – the world building, the main character Tiger: her conflict, her background, how that has shaped and coloured her and her motivations. The writing is well paced and strikes a nice balance between exposition and keeping the story moving, but the story itself needs more focus and foundation. I liked this book because it was very like the old book and I loved that – but I would have liked it to have built more on that old book

I also would have liked some more diversity – we have one almost definite POC, but she’s a nameless antagonist. And a shapeshifter (as in she shifts her human appearance) so I don’t even know what she looks like. Is Jonas, the love interest, a POC? I don’t know – but in one brief scene after being mangled he’s described as a “brown” lump on the road… which is kind of stretching the diversity front here.