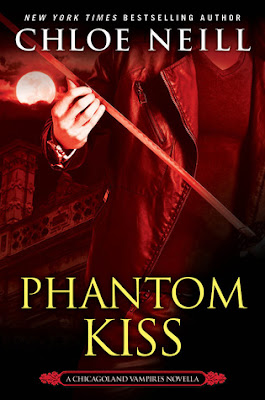 This is an intriguing little short story. It doesn’t particularly add to the greater meta plot – which, as I’ve said before – I quite like because I don’t like short stories and novellas to be actual canon books – in that I prefer them not to be essential reading

At the same time, I do like them to add something to the overall plot: like more exploration of a minor character, or a fun look into the “downtime” lives of characters who we constantly see consumed by action or some aspect of the world building that doesn’t really fit into the major plot.

So, yes, that is technically a new angle. I just am kind of left asking “who asked for this?” was there enough about ghosts ion the main series to leave anyone thinking “I really need to know more about this?” I don’t know, maybe it’s just because it has been too long since I read the last main book but I honestly can’t say “ghosts, I need to know about this” is really the impression I got from it

I think maybe if we’d switched out the protagonist and focused more on Annabelle the actual necromancer, delved more into her powers and the world of ghosts rather than seeing it through Merit’s lens we would have had more interesting and fuller book. Instead it was kind of weird that she was such a side character in a book that focused on hauntings. Even, in some ways, that she decided to call the vampires for help at all. I mean, she’s the necromancer – this is your specialty, lady! Necromance already!

We have a random Obligatory Bigotry Moment that reminds me of Anita Blake so much. A random guest at Merit and Ethans wedding shower decides to randomly spout a lot of nonsensical bigotry against vampires (and I don’t just mean that bigotry is nonsensical because bigotry is – but this bigotry makes no sense. I mean, vampires want to eat us all? I get that attack. But vampires are lazing around on benefits? That’s just blatantly cribbing from real world bigotry) setting herself up perfectly for Merit to slap her down and then everyone to basically say “oh how rude”. Seriously she shows up at a wedding shower and then spouts open bigotry against the bribe? Yes this kind of thing happens – but all too often in fiction this is how bigotry is presented: someone doing something so overtly terrible that everyone, EVERYONE, would gasp at how rude it is. And they do it in such a way that it’s easily knocked down step by step while everyone nods and agrees. It’s rarely that easy, that overt or that simple. This isn’t depiction of prejudice as it is – it’s depiction of righteously vanquishing easy prejudice and feeling good about it.

Annabelle is Black, we have the every-book-brief-appearance of Malik who is south Asian and as second in command of this House really really needs to be more involved in the plot than he actually is. Their House doctor (who you would think, given all the fighting and injury would be more involved) is also a woman of colour.

I am glad Mallory is back on team good guy because her and Merit work well together and this book really needs more front and central female relationships (and more Lindsey!) Especially if we’re going to make the female paranormal researcher the one who hates Merit (because of course she does).

In the end it’s a nice story. It’s a fun little story. I don’t regret reading it and I definitely enjoyed it. This was a good book and nicely whetted my appetite for the next book in the series – but it’s also supremely unmemorable and is already fading very quickly.