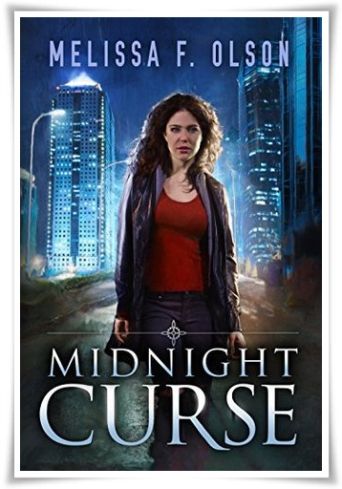 Scarlett’s job, as the null in Los Angeles, is to clear up any evidence that the Old World exists: to keep humans ignorant that vampires, werewolves and witches walk among them

Which is when she finds her friend, a vampire, surrounded by corpses killed by her own fangs… and Scarlett must try and find justice among expedient politics and preserve the city from someone is determined to upset this delicate balancing act

As I was reading this book it became clear that there’s a huge amount of history to this series. Usually that’s something that almost annoys me because I hate to start  series half way through – and this is a new book in a new series

But it works – it manages to convey this full sense of history and so many many many many major events that have clearly shaped this world and these characters – but it doesn’t drown us in Stand-Alone Stuffing and info dumping. It tells us exactly as much as we need to know, and no more. We get no explanation, we need no explanation –this book and its plot stands as it is. It doesn’t need all the detail that has clearly come before for me to still embrace and understand these characters and the conflicts they face.

Oh I wants some – and will most definitely be grabbing every last book this author has written and demanding to know more more more more more. The richness of the world is better for the history that clearly permeates it. It’s interesting to see characters starting a storyline without being a blank slate or with a very brief history – but with a fully developed past that comes from several books of growth which made it a fascinating book from the beginning without any kind of introduction needed yet without being lost. At the same time we have a lot of hints of so much world to see.

I don’t know whether it’s because of this rich history – but I really like the characters in this book and how they relate to each other. Not always perfect but recognising their flaws. Like Eli and his classic, clichéd werewolf possessiveness but still recognising that he’s wrong in this and it’s recognised as an issue between his and Scarlett’s relationship (ok, yes let’s address that. Scarlett. Really? Really?) rather than something that will just be ignored or tolerated. I think her misgivings about his being a member of a pack are also interesting and nuanced and not something we’ve often considered. We have the authorities who rule the city who actually treat Scarlett with a level of respect and make decisions she may vehemently oppose but they make sense, consider some severe consequences and don’t come from a place of evil or incompetence. Scarlett even comes close at looking at the as peers or at least people she can respect and like and honour.

The concepts of nulls are not new – people immune to and negating the supernatural – but I really like the take on that here, how it is worked into supernatural society and how Scarlett is valued and not just feared or hated because of her power.

On top of that we have a story with some excellent pacing running through it – the book moves quickly, is exciting, interesting without being overwhelming with mystery and world building. It all works really well. And the plot itself is interesting and different enough to engage me – the twist, politics, the way it all built into Molly’s history and drew in so much of the plot and world building all together was just absolutely excellent. The whole plot worked, never slowed down and was different enough to surprise me several times.

We have a strong, capable female protagonist who can look after herself, has useful abilities without being an all powerful Mary Sue with the Specialest of Specal Powers. She has a somewhat complex love life (since there’s clear history) but she has an ex she doesn’t hate (and isn’t evil) and a current difficult relationship where both parties respect each other. And no love triangles. Her primary motivation for this book? Is the saving of a female friend – and even she is not even close to a damsel, despite her tragic and horrific past. One of the heads of the city is a woman who Scarlett respects considerably. Even the women who don’t like Scarlett seem to dislike her due to her past – but even in that dislike there’s a level of mutual respect between them still.

We have 2 Black characters, a brother and sister: Hayne and Abigail – he plays an important role in that his importance and value is emphasised and he does form part of the pivotal events of the book. But the central reason why he’s important is that he is a servant of the chief (white) vampire and fiercely loyal to him – that concerned me but they expanded him to also being in a relationship with one of the other major characters to make him more than the loyal servant. His sister is also a disabled women – but again is defined primarily by her loyalty to her boss – except there’s a clear moment when she prioritises her brother over her boss.

Both are moments which prevent them from being just utterly loyal minions – but it wouldn’t be inaccurate to say this is their primary roles.

The second most important character in this book after Scarlett is Jesse, a latino man. Interestingly everyone talks about how sexy he is but that doesn’t consume Scarlett at all; the main reason she calls on him is his skills and talents as an investigator which he proves repeatedly.

We have numerous side characters who are POC – Latino witches, an Asian vampire, an Arabic vampire, a mixed race Werewolf (who is also fighting with mental illness) – to name but a few of a broad cast of minor POC characters, several of which hunt to have had greater presence in previous books in the world.

We have some LGBT mentions but no characters: like there’s a completely unnamed gay couple who buy something and it’s like “ok… why is this here?” Later we have mention of two female witches in a relationship who at least get names… but they don’t speak, they’re only spoken of. Honestly, I only mention them because if I say “there are no LGBT characters in this book” (which would be ACCURATE) is because we’ve a bad history of people nitpicking non-characters like this.

In all this book makes me wonder how this world setting has missed me? Because between writing, world setting, characterisation and vast potential for so much more - along with a clear back catalogue of books I can’t wait to leap into, I am hooked.