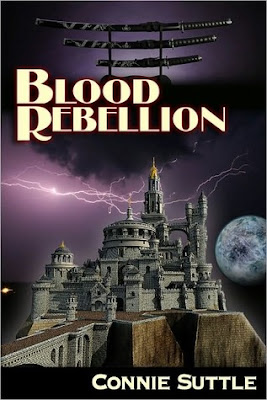 Normally I do a plot summary to start reviews, but really what’s the point? Lissa is awesome, faces absolutely no conflict or difficulty and is now ruling an entire functioning planet by wont of her Sueishness. Everything works out because it just does, there’s no conflict or complications and Lissa is just totally awesome and super powerful all the time.

Oh dear gods it gets worse. It actually gets worse

See, Lissa, the worst person of in the universe, Supreme Queen of Mary Sues is now in charge of an entire planet. She’s also, apparently An Adult.

But this adult who is the supreme all powerful dictator of a planet decides to run off and sulk every time things go wrong. Something happens she doesn’t like? She leaves the planet or goes back in time and pouts for a few weeks/months before coming back and deigning to rule her kingdom again. And absolutely no-one calls her on this shit. This woman is supposed to be, at least, well into her 40s. She behaves like a petulant teenager

Of course, everyone may be just happy to see her gone because she is an utterly terrible ruler whose planet would collapse were it not for the power of her Sueness and endless super powered lovers with god like abilities.

Her planet has absolutely no resources. She’s literally just moving a gazillion vampires and comesueli (proto-vampires which basically act as a slave race but no-one talks about that) to a planet with no industry, agriculture or industry but hey everything’s working out. And Lissa is micromanaging EVERYTHING. Sports, culture, nascent industry. Everything. She takes a day out of her schedule to help pick fruit with half her council for a winery. A single winery. She has an entire planet to manage and she spends pages concerned with this one winery run by one of her favourites because it’s going to shore up a PLANET WIDE ECONOMY. They make decisions on the economy and agriculture going forwards with no attempt to study what their planet or population can actually do – just “hey, let’s do this” and lo, they do.

She literally has a little snit because tourists will be coming to her capital and *gasp* photographing her palace. She seriously decides the capital city of her new planet will be closed off except for certain days when she can be out of the city and absolutely no-one questions either the draconian nature of this or how unworkable it is.

She has another snit because her counsellors raise the idea of tourism and gambling as a way to prop up her non-existent actual economy. Why? Because she doesn’t want such debauchery and dirty slutwhorejezebels on her planet!

So how does it not collapse? Because the author has decided it won’t. The comseuli are all magically becoming pregnant because they “somehow” know more of them will be needed. Oh and a sudden blood substitute has been invented which is convenient for a vampire planet. And the Reth Alliance – a kind of military and commercial union of several planets, has decided to accept them despite them having no infrastructure, military or, well, anything to offer at all (oh hey they may be able to produce wine and organic produce which there is a convenient demand for but they’re going to fund an entire planet’s economy on this?!) but hey join up they’re happy to have them.

Or the planet is HALF IN DARKNESS all the time which is super awesome for vampires but for some reason this doesn’t affect the temperature of the dark side or make it a frozen, pretty useless wasteland.

Of course a lot of this is helped by Lissa having the most ridiculous Sue collection of super powers ever. Not only can she travel through time and space and have infinite murder powers but she also has the ability to tell if someone is good or bad with a thought. She doesn’t even have to be in the presence of the person – she literally picks and chooses who is good or bad based on their RESUMES. (oh, and queen of the world? Is literally vetting every employee coming to her planet. Every last employee). This is such pathetic lazy writing and has been throughout the series – Lissa knows who is evil because she just DOES and she’s never wrong and then she has the stupidly over the top godlike ability to kill everyone she wants

Worse – not only does she have this incredibly simplistic ability to tell good from evil (because everything is totally that simple guys!) but she’s willing to slaughter literally thousands if not millions of people on that basis of this woo-woo sense. She will literally slaughter them or leave them to die. But it’s ok if thousands of people are dying because Lissa has declared them evil

In fact, let’s go with this brutal tyranny thing because my gods, this is awful. Remember in the last book when she decided to condemn entire species to become slaves because EVIL? It’s confirmed here that there are 70,000 of these people working in slavery and the only complaint is that they’re BAD at what they do (because you’ve taken people used to mega future technology and tried to turn them into 16th century farmers? Maybe? Did no-one recognise why this would be a bad idea? No because aaaaargh!?). Oh and there’s now only 60,000 because there numbers have been whittled down and absolutely no-one gives the slightest fuck about the genocide of 10,000 people through brutal slave labour conditions?! But it’s ok because Lissa has declared them evil!

They eventually decide to round up these 60,000 “trouble making” slaves and dump them on a completely wild planet with no shelter, food or water – and no means or knowledge of how to make any (Lissa doesn’t bother about this because they’ve ”had enough handed to them already”)

Even if you discount the mass slaughter and slavery, I’m not kidding about Lissa micromanaging everything. There’s not even a pretence of democracy or even reasoned decision making. She decides everything on a whim and we get cringeworthy moments like them deciding what the age of consent should be for the comsueli and they completely ignore what the comsueli themselves say – because this entire underclass of servile followers has no rights or say at all under Lissa’s dictatorship.

We have some brief diversions from her ruling to basically have Lissa swoop into a situation (hey taking time off from ruling again, don’t mind her and her nascent government) and fight in a war. Where she uses her super powers to never ever be at risk and totally slaughters all the enemy while everyone gathers round and declares how amazing and wonderful she is and it has all the dramatic tension of a Teletubbies episode. She is ridiculously power, ludicrously invulnerable, with masses of skills for no damn reason other than the fact she’s Lissa so there is never any tension ever. There is no loss, no risk, not issue – she has the power to literally depopulate entire planets now. There’s not even any moral quandary about using these powers. She just does and everything is pointless. These events don’t exist for plot or tension – they exist just so everyone can gather round Lissa and declare how amazing and awesome and special she is again and again and again. It’s embarrassing.

At this stage every man who has ever spent 2 seconds in Lissa’s company has now been resurrected into a new body (usually some alien species with super awesome super powers) and become Lissa’s love interest. Because this character cannot suffer even the slightest grief or loss because MARYIEST OF MARY SUES. This has caused the whole cast list, as mentioned in the last book review, to not only be ridiculously huge, but also ridiculously growing and containing only a tiny percentage of female characters. If 10% of the characters in this book are female, that is all. Look at the list I put in the last review and just remember even more men have been added and with even less characterisation.

And the women that are there either have vanishingly tiny roles or are either. Like the two prostitutes who are stand ins for the evil corrupting casinos coming to her prudish little planet – they try to kill her because they’re totally jealous and evil. Therefore vindicating her hared of the casinos because LISSA IS ALWAYS RIGHT. Or there’s Lissa’s mother, one of the 60,000, who is an utter caricature of evil awfulness. Seriously it’s COMIC how terrible this woman is. And when she goes on that military campaign to prove how awesome she is? She rescues 3 women from being sexually abused and has them trained as warriors – and one of them utterly hates her and is jealous of her and all the men she has. Because of course she does. Men can be in awe of Lissa and worship her. Women either disappear or hate her and are jealous.

Even the “nice” women on team Lissa get pregnant and then have to spend the rest of the book apologising for the fact to Lissa who can’t be pregnant because she’s a vampire (oh please, we all know in the next 3 books she’s totally going to get a magical pregnancy) and can’t have a second of happiness for these women and everything must centre Lissa at all times.

We have some minor POC who are aliens-but-Asian (in feature and stereotype. Called things like “dragon” and “crane” I kid you not) among Lissa’s vast stable of male lovers and there’s a gay couple who act as personal servants in the brief miliseconds they appear (and these poor guys have been resurrected to continue to serve Lissa)

I’m going to keep reading this series because I’m almost in awe at the terribleness of them and Lissa in particular – considering the terrible things I’ve read, this takes a special prize. I have actually read fanfiction written by very small children with more nuanced take on good and evil and a more moderately balanced powered protagonist than in this series.