Friday Discussion: Isolated Tokens: Being the Only One 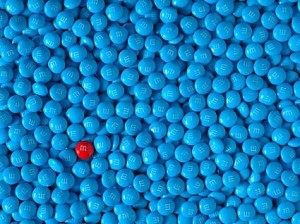 In our not-nearly-as-aware-as-we-wish times, more and more media creators are looking at their books, television shows, comics and games and realising “oh shit, everyone’s a cis, straight, white guy!” and realise they’re going to face the ultimate, horrendous scourge to ever befall an author: angry tweets


It’s amazing how they survive such cruel attacks


To avoid this terrible fate, they quickly drop in a marginalised character to wave that minorityness at the screen and call it done. Behold a token. One single, solitary, lonely token that, despite so much mocking, they still seem to think will earn them brownie points


But let’s examine this isolated token more closely and see just how bad it is.


So the author has decided to take the not so original step and dropped an isolated token into your story. Yes they are the one POC character in a sea of white folks. The one woman surrounded by men, the one LGBTQ person overwhelmed by an amazingly huge number of cishet people. The one woman to act as healer (or be “one of the guys”) in an all-male team. We have the one or two isolated, token characters giving a spot of “diversity” in a sea of homogenous privilege


And right away we will call “token” because “there can only be one” is such a classic indicatory of tokenism and a clear indication that the author is not actually invested in including the said marginalised groups so much as earning diversity cookies.


Why does this stand out so? Because marginalised people do tend to try and find themselves. From parades to churches, to barber shops to cafes to festivals to community centres to activist groups to shelters to co-ops to bars to clubs to hotels to resorts to craft clubs to sports teams  to dating apps, to community websites to ANYTHING - even the briefest of briefest google searches will find an enormous number of entities expressly created so marginalised people can find each other, socialise with each other and live in/create communities for themselves.


Honestly, it shouldn’t be surprising that real marginalinsed people not living in token world often build and seek out their own communities and aren’t always content being the odd one out in every single room they occupy. We, as fans of media, can completely understand the desire for fans to look for communities of their fellow fans just to discuss our hobbies, to cross entire continents to attend conventions and events - it should not be a bemusing idea that marginalised people would seek each other out for safe spaces, commonality of experience, understanding and community, it really shouldn’t.


But, ok, your token IS the only POC/LGBTQ/Woman/Disabled person in the village. That happens, we don’t all have communities and, for various reasons, we don’t all seek it.


Why is Bonnie Bennet on Vampire Diaries content to be the only Black woman at her town’s Gone with the Wind screening (beyond a desperate shame that another Black person would see her attend such an event?)


Why is Nightengale on Frankenstein Chronicles the only Black man in London? Is Penny the only Asian Magician in existence?


We’re not even saying don’t do it here - we’re legitimately asking why. Create a why. Invest enough actual development into this character to explain WHY they’re isolated from their community/fellows. Do they exist in a very segregated/oppressed world and if so why/how have they crossed the line? Do they have issues with their own groups with complex elements of self-hatred or feelings of being an outcast? Perhaps they have an intersectional identity which has left them feeling ostracised as a double minority? Have they had to move to a different location? Are they knew to the area? Have they lived isolated lives and have no idea how to reach out to their fellows? Do they not know what’s out there? Could they then develop from this - find their community, address their own issues explore this?


In other words, could you actually make this isolation a character point for THEM rather than just throwing in a convenient box-ticking exercise so you can say how diverse your book is?


But say you do find a reasonably why - maybe it’s Ezekiel on The Librarians, or Sam on Containment or Jinks on Warehouse 13 they’re been recruited as part of a team or been separated from the rest of their lives by an over-used plot point. You have a reason (I’m not saying “legitimate” reason because it’s amazing how these teams tend to recruit just one of a minority or the wall goes up trapping just one minority or the survivor group only has one… etc etc) but there’s still work to do


How does being the only one make them feel?


Do they feel lonely? Isolated? Are they frustrated that there are things they can’t discuss with their fellows, things they won’t understand? Things they can’t be trusted with? Things the minority character can’t even articulate because they’ve been so isolated from their fellow marginalised group that they don’t even have the language for the concepts? Does the marginalised character feel things from such a different culture from the privilege fellows


Doesn’t Bonnie feel differently than Elena and Caroline watching Gone with the Wind and all the slave-owning Founder’s day celebrations?


Is Jinks concerned that his new gig has moved him to the middle-of-rural-nowhere-North-Dakota means he is going to have little access to the gay community and may have to be closeted when going around the one town within easily travelling distance?


If they find a marginalised community, how do they feel? Overwhelmed? Excited? Out of place? Relieved? Sad?


Community and isolation, Otherness and kinship are major elements that can shape the marginalised experience and it weakens portrayals to erase these incredible, shaping forces in your characters’ lives.


To expand on this, this also applies to how your marginalsied characters relate to each other. Or doubling up your tokens.


Ok - do they interact? I’m not saying they have to like each other or be best friends or even get along. But do they not even try? Because if you’re the only POC/LGBT/disabled/female people in horde of white/cishet/able bodied/male people you’re going to at least say hi to each other. A  nod; something. All the more so if this is literally the ONLY person like them in the entirety of privileglandia.


Do they feel commonality? Kinship? Do they not have a lot in common but still try to stick together because of that connection? Do they feel awkward because they actually don’t like each other? Is one holding themselves apart because of damaging internalised issues (“I’m one of the good ones/I’m not like other/they’re too X”). Do they love the private time they have together when they can speak their own language (literally in some cases)/code switch/talk family business?


No they don’t have to be fast loyal friends - but their interaction with each other (or lack thereof) is another source of development in turning your token into full characters: into making it clear you see your minority characters as full people who have been shaped by their marginalisation rather than just a box ticking. And so you can avoid odd situations where, despite being the only apparent living Black women left after the end of the world, Sasha and Michonne haven’t exchanged more than half a dozen words together. Or Tara, the only lesbian left on the planet, hasn’t at least said hi to Aaron and Eric.


This treatment of tokens all comes down to an unwillingness to treat Marginalised characters as full characters. Too often they’re nothing but a word descriptor, a label, added to someone who is basically written as a cis, straight, white, able bodied man without any acknowledgement of how culture, experience et al will change that “template”. Sometimes the push of the Societal Default is so strong it feels “convoluted”, especially to a non-marginalised person who lives in a bubble, to include marginalised people at all, let alone multiple ones. We still have this prevailing idea that we need an excuse or justification for marginalised people even to exist in fiction