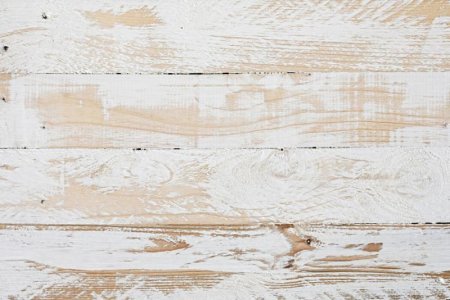 We, along with many others, have said time and again how important it is for us to have marginalised people depicted. Erasure is extremely damaging, and tokenism is little better improvement.


Many authors and writers are catching on to that - either due to a genuine hope to make things better or because they’ve caught on that diversity may be a useful marketing ploy in some circles (yes, I tend to be that cynical - indeed anyone looking at the conquest of the Shondaverse should have realised there’s money in diversity).


One of the things that feeds my cynicism are the “Quiet Portrayals.”


“Quiet Portrayals” can come in many forms: the Blink-and-you-miss-it-bisexual, the ambiguously-olive-skin-tone, the absent POC ancestor, the careful avoidance of labels and identities, relying on vague descriptors or relying on brief one off mentions in long series.


Ultimately, they are portrayals of marginalised characters - but kept as low key as possible. It very closely resembles the idea of having to Google The Minorities, but while there you can only tell that a character is marginalised by looking for extra-textual clues and statements by the author (the infamous Word of Gay which renders Dumbledore gay, honest), in this case you have to carefully study every book and every episode and pick out the one or two references that indicate that a character is a minority. The information is in the book, it’s definitely there - it is just very brief and easily missed to people who aren’t taking careful notes.


The marginalised person is portrayed as marginalised in the book or on the show - but
but carefully masked, subtly presented to not be too overt or too present or too offputting for the privileged mainstream. That’s not saying that the writers here are expressly thinking in those terms - in many cases I would say certainly not. However the pressures of “maketability”, the societal default and our overwhelming sense of what a protagonist should look like, as well as the ongoing insistence that a book with marginalised characters must be entirely about marginalised issues make the Quiet Portrayal a very easy trap to fall into.


For marginalised readers this may be a portrayal of themselves - but it comes with a subtext: yes you can be in these stories so long as you are quiet. So long as you aren’t TOO Black/gay/Asian/trans. So long as you don’t “flaunt” or “stuff it down people’s throats.” Again, this may not be the intended message of the author - and they may even have more overt marginalised characters (but who are probably not more prominent, not as major a character or not the protagonist), but it does carry this message. The main characters, the protagonist can be marginalised so long as they are sufficiently “low key” while marginalised characters who cannot hide, cannot pass or whose marginalisation is not easily overlooked are pushed to supporting roles.


There are many ways this Quiet Portrayal can be achieved. One of them is to make references to the character’s marginalised nature to be brief and one off in a more overarching story. Take Sanctuary, Dr. Helen Magnus, who despite being a co-protagonist and appearing in 58 episodes over 4 seasons there is one, one single episode, where her bisexuality was referenced. If you missed that episode, you would think this series completely lacked LGBT characters, it certainly didn’t help that this belated revelation only crept onto the scene in the second-to-last episode of the show. Doctor Who also lept on that trope with River Song giving us a last minute spoiler that she is bisexual. Witches of East End lasted only two seasons - but it was two seasons full of overwhelming amounts of graphic sexuality and sexual relationships between opposite sex couples; except two episodes. Two episodes in which it was revealed Joanna is bisexual and has had a female lover who we briefly meet. Her bisexuality is not mentioned before this and never mentioned again - in a show that is wall-to-wall naked skin and humping.


We see this in books as well - the October Day series has a number of excellent LGBT characters which is why I am so surprised and saddened that the most prominent by far is Tybalt. Apparently. You may not have realised because it is not mentioned or referred to in the nine main books in the series - but in a short story. It’s a shame that a series that has so many bisexual women, lesbians and a prominent trans character decided that the most prevalent of all of them is represented by a side reference. In the Elemental Assasssin’s Series the overwhelming straightness of the books is finally broken by the gay Silvio - who is mentioned as such in one book out of thirteen. And it’s not exactly a long reference. The Dorina Basarab Series circles around Radu’s sexuality repeatedly (though the confirmation was not exactly welcomed given the portrayal).


We see similar treatment with race in many books - falling back to implication far too often. Words like “tanned” and “olive” are often used - it could mean the character is a POC. It could mean they’re Mediterranean. It could mean they just love their bronzer. We had to write a whole post in part response to the depiction of race in Masks. The excellent Kate Daniels Series has a POC protagonist but my we had to dance around a lot of “olive” skinned before it was clear (despite this series having a lot of excellent POC represented). And, of course, The Hunger Games is well known for its ambiguously portrayed Katnis. In the excellent Hollows Series Ivy may have had some nebulous Asian ancestry but beyond some vague comment about her Asian-seeming eyes it’s never really followed up. This is a  similar trope which was played with Jeremy in The Otherworld Series  - which was only belatedly fleshed out in a much later book in the series (and, again, a short story); he was thoroughly white washed to such an extent that the TV series completely ignored he was Asian.


There’s also Holly Black’s book, White Cat.  You’ll note the white male on the cover holding a cat and yet in the description he is olive skinned and when standing next to the girl he loves is clearly darker than her. We are told that Cassel’s brothers are also olive skinned.  The book has several hints that Cassel and his family might not be white but the cover certainly contradicts this and “olive” does not necessarily denote a person of colour.


With protagonists, we see another common method of keeping POC low key - by using mixed race protagonists with no cultural markers or experiences (and often really downplaying their POC features: how many times were we told Anita Blake has porcelain pale skin?) often used as a vehicle for woo-woo. Again, this isn’t to say these characters are not POC and should not be represented - far from it - but it is notable that they appear quite often when we do get long series with POC protagonists, especially ones that are popular. Minorities that are seens as less overtly recognisable as minorities are much more likely to get prominent position - especially the protagonist’s role.


On the other side of this equation is the protagonist of colour whose cultural reference suddenly disappears. The perfect example of this is Jen Greyson’s Alterations series. In book one Lightning Rider, it’s very obvious that the protagonist, Evy Rivera is Latina.  Greyson does more than describe her as having olive skin, and long dark hair. Evy speaks Spanish with her family, her father is a fan of Lucha Libre (free fighting), the family congregates often and eats meals that are clearly Latino in origin. Everything about Evy and in fact her entire family screams Latina. By the time Greyson gets to Night Storm, the third book in the series, pretty much all of the cultural markers are gone. Evy isn’t even mentioned by her last name anymore. Anyone picking up Night Storm without reading Lighting Rider would have no idea that Greyson has actually written a story with a protagonist of colour.


The sad thing is that one of the simplest ways for us to counteract several of these methods would be for us to actually use labels. Why do gay or bisexual characters have to allude to their attraction to the same-sex rather than just saying “Sam is gay,” “Morgan is bi”? Is that so hard? Rather than dancing around careful skin tone descriptions, is there a reason we can’t say “Sonia is Black”, “Frederico is Latino”? Why is there such a huge taboo about actually using identity labels? It wouldn’t solve all of these problems, not even close, but it would help a lot to part this careful hiding behind ambiguity.


Part of me is heartened that diversity is finally being seen as something to chase - but it has to be seen as something meaningful to portray, not a box to tick (in the lightest, most faded pencil possible). It should not be a desperate attempt to try and find that minimal possible standard that will let you claim inclusion cookies while keeping everything as straight, white and able bodied as possible.