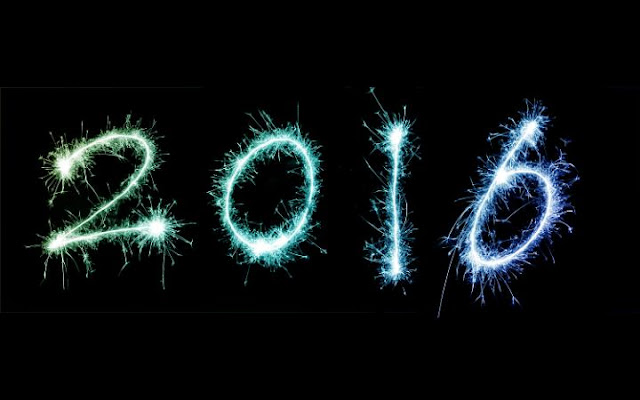 As is our habit, with another year passed, it's time for us to look back over the 200+ books we've read and innumerable shows and Friday discussions and have a review - and look to the future

What were you Top series/books you read this year?
I’m not going to mention all the old faithfuls (well, I’ll get to them) because Kate Daniels and Kara Gillian would always dominate this list

Normally I’d say the same about the Magnificent Devices series but I think it needs mentioning simply because of how the books are shifting and changing and still being awesome. They’re not maintaining their current awesomeness but moving to a whole new awesomeness

I also give a nod to The Astounding Antagonists being utterly awesome, and Don’t Tell My Parents I Blew up the Moon carrying on the awesome fun of this series. I’m also overjoyed that the Habitat Series is continuing and expanding. Sorcerer to the Crown also promises a whole lot of awesome to come.


What book(s) pleasantly surprised you?
I’m going to go with the Charley Davidson series because it is fun. Many series have drama, many others have angst, many have horror - but so few actually have hilarity. Sometimes you need some fun


What was the worst thing you read this year?
I am currently reading the House of Night Series. This must be a violation of several laws against cruel and unusual punishment


What was the worst thing you watched this year?
Under the Dome and Falling Skies can go head to head for being the utterly worst series because they lacked even the remotest pretence at coherence. And considering how many of these shows play fast and loose with their canon, it speaks volumes about how terrible these have been.


Stick a fork in ‘em, they’re done: Shows that need to be cancelled:
Why is Vampire Diaries still happening? Whyyyy? You’d think getting rid of the protagonist would earn us a reprieve!


What was this year’s guilty pleasure? Which book/series are you embarrassed to admit you liked?
Supernatural is probably always going to be on this list. It has a litany of fails, it repeatedly enrages me and, with the death of Charlie - and yet of all the shows we follow I find myself enjoying it more than most shows


Biggest Disappointment of the Year:
For books I think my biggest disappointment is simply that I didn’t get chance to read a new installment of some of my favourite series - Rivers of London, Dresden Files, Iron Druid Series.
Apparently I did get to read a new Kara Gillian Series book his year but it was soooooooooo long ago!!! At least I had Kate Daniels and Rowan Summerthwaite and the Others to comfort me.

Once Upon a Time probably takes the prize for disappointment I think. With Merlin, the return of Lancelot, Guinivere the much hyped return of Mulan and Regina and Emma being so very very very awesome together I thought we were going to see some legitimate reversals of the terrible treatment of minorities on this show. I thought it was going to turn it around and it looked like we were heading that way and then…. nope, death, shelved, plot box.


Were your expectations for 2015 met?
Looking back at last year’s post I apparently was looking forward to the return of Helix. My gods was I drunk?! And Olympus?! Someone get me the Doctor, I need to go back to last January and slap myself

iZombie was, thankfully, even more awesome than I anticipated, though its treatment of minorities has been sadly lacking.

One thing I am disappointed by is how this genre has not stepped up. Diversity has become a much more prominent discussion over the last year and some progress has been made in some areas - but Urban Fantasy really does seem to be lagging now. Relatively few of our shows has a minority protagonist or even significant prominent secondary characters: and the ending of Lost Girl, Defiance and the shakiness of Sleepy Hollow aren’t adding to hope

What are you looking forward to in 2016?
The discourse around diverse books has made more conversation out there and more lists - I am clinging to the hope it will help us find more books with minority protagonists. The only problem is both these lists tend not to include our genre and a few tend to be… optimistic about the diversity mentioned (I’m not a fan of side characters being presented as major)

I also want to make more of a point of looking for books with diverse characters written by authors who reflect that diversity - because there is power and importance in authentic stories.

And, just as there are shows ending, there are some opportunities for diversity in 2016 (GOOD diverse shows with non-tokened, non-troped minority characters!) Killjoys (ok, not quite our genre) is awesome, The 100 good go to excellent places, and Into the Badlands has been surprising while Sens8 is shockingly amazing, flawed in places, yet amazing.

And, in the plus side, Falling Skies, Under the Dome, Helix and Da Vinci’s Demons have ended which, cynically, means I don’t have to recap them

What were you Top series/books you read this year?


I think my favourite series this year is the Imp series by Debra Dunbar.
Sam is a demon who has spent years hiding on earth.  When she comes to the attention of an arch angel, things get really rough.  Sam knows that she should be on her best behaviour but the imp in her just cannot resist trouble.  I love this series despite its problematic elements and find myself constantly laughing at Sam’s antics.  I love how she has grown and her various relationships.  I came across this series quite by accident and am very happy that I did.


What Was The Best Thing You Watched This Year?


This is the year that I absolutely fell in love with Peter Capaldi as the Doctor.  I was never a really big fan of Matt Smith though I do acknowledge that he had a tough time having to follow David Tennant.  I wasn’t completely sold on Capaldi during his first season as the Doctor but that completely changed in the very first episode of series 10. Just like Tennant, Capaldi has managed to embody the soul of the Doctor. Sometimes without even a word, Capaldi says so much and you can see the years of pain and loss on his face.


What was the worst thing you read this year?


That’s actually quite easy, the Outlander series by Diana Gabaldon.  This series was recommended to us and though a little bit outside of our genre, the fact that he had been turned into a television series peaked by interest.  On every level that I can possibly think of, the Outlander series fails.  If that were not enough, the series is absolutely rapetastic.  I had to pause reading them because each book felt like hardship.  I know that there’s a lot of talk on the internet about the show and the book being woman positive but I think that they are given far too much credit.


What was the worst thing you watched this year?


This is actually pretty tough because some of our shows this year were pretty horrendous.  I think I’ll have to at least mention Helix which rebooted itself for the third freaking time and made even less sense than usual.  It’s a relief that the damn show has been cancelled really.  I think I will also have to give a nod to The Leftovers because like Helix it also did the reboot thing and made absolutely no sense.  From the very first episode when we were suddenly shifted to prehistoric times with absolutely no explanation I knew this season would be a problem.  The Leftovers is all about asking questions and providing no answers and I have little patience for that.


Stick a fork in ‘em, they’re done: Shows that need to be cancelled:
I am more than ready for The Vampire Diaries to be finished now.  I had hopped that with the loss of Elena, that we would see Bonnie do more awesome things but instead we saw the fumblings of Damon and Stefan.  None of what is happening in Mystic Falls makes any sense or is even remotely interesting.


I also think it’s time for the Leftovers to wrap up. They are pulling the Lost thing where they ask questions and never provide answers. None of this previous season even made any sense at all.  I cannot believe that it got renewed.


And finally, I have to nominate Sleepy Hollow.  I had a little bit of hope when they finally killed off Katrina but the show simply hasn’t gotten any better.  They have replaced Katrina with Betsy Ross and are meandering along with the whole Pandora thing.  They threw a hail mary with a crossover episode with Bones which made no sense, even for Sleepy Hollow.


Biggest Disappointment of the Year:


Without doubt my biggest disappointment of the year is Star Wars: The Force Awakens.  I wanted this movie to be epic.  I had so many hopes when the previews showed a Black stormtrooper only to find the character of Finn hopelessly problematic.  Even George Lucas wasn’t thrilled with Star Wars: The Force Awakens.  I understand that from Disney’s perspective the aim was to draw in new and perhaps younger fans but they gave nothing to the Star Wars faithful. I could say more but am refraining for the sake of spoiling it for those who have yet to see it. We do however have a review posted on Fangs.


The Biggest Disappointment of the Year


Due to various health matters and family issues, I wasn’t able to read as much as I normally do.  I guess that my biggest disappointment is that I fell behind on so many series that I have come to love and I hope that in 2016, I will be able to find more time to curl up on my couch and lose myself in a great story.


Being a massive Doctor Who fan I am anxiously awaiting the return of Doctor Who.  I want to know who the new companion is and what adventures the Doctor will have now. I am also looking forward to the next Star Trek movie.  I love the idea that the series will be returning to its roots having the staff of the enterprise boldly going where no one has gone before.  I have also heard whispers of Star Trek returning to television and if that is indeed the case, I will truly get my giddy on.  Having grown up watching the original series in reruns, this is something from my childhood that I have continued to not only embrace but enjoy.


I am very much looking forward to the new series Lucifer.