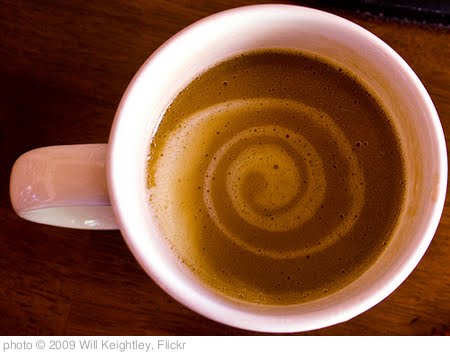 One of the recurring tropes we’ve found in Urban Fantasy is the use of token inclusion for people of colour. Unfortunately for many authors, the addition of one person of color in an all White cast, even in cities in which the population demographics would suggest a larger representation is necessary, qualifies for a claim of equal representation. This is beyond irritating in and of itself. But there’s a related trope that doesn’t even go so far as that to use the oft normalized tokens - mixed race protagonists. One of the major issues is that even though these people are technically bi-racial, they are often so light skinned that they exist with passing privilege, thereby never having to negotiate the racism faced by everyday people of colour. Urban fantasy gives new meaning to the phrase light bright and damn near White.

They nearly always have a disconnect with their heritages of colour. Often this is in the form of a dead or missing parent. For example, Anita Blake’s Hispanic mother is dead, Mercy Thomas’ Native American father is missing. Kelley Armstrong’s Jeremy has an absent Asian mother. Richelle Mead’s Rose Hathaway has an absent Turkish father. In Clay and Susan Griffith’s Greyfriar series, Adele’s Persian mother is dead. The dead parents trope in this situation gives the author the opportunity to iinclude a mixed race character, (and mention their physical characteristics) without ever having to include any cultural context or signifiers (Though, it has to be said, this is not limited purely to canonical mixed race characters and there are no small number of POC token inclusions that are also divorced entirely from cultural signifiers). It also creates the question of where are the other members of the characters family? Was every single raced parent an orphan, that they left no family behind to interact with their children? There is always a reason why these families completely disappear to justify the erasure, and allow the author to claim faux inclusion points. It also means that authors don’t have to research cultures outside of their direct experience and serves to privilege Whiteness.

Even when it makes no sense, a writer will at times include the exotic mixed race person in a series. In Kim Harrisson’s The Hollows, Ivy is a living vampire and sidekick to Rachel, the protagonist. Throughout the series, we are constantly reminded of how exotic looking Ivy is. There is a continual reference to the shape her eyes, as a gift from some far flung Asian ancestor. The fact that Ivy’s Asian heritage is reduced to shape of her eyes, without any other cultural markers -- is not only racist -- it is reductive. Failing to include markers is easily explained away by claiming that the raced heritage in the character in question is so far removed, that it makes sense for them to have little to no knowledge of it, but yet it is prevalent enough to give the author the appearance of having a racially inclusive story.


And this, in turn, gives us a very strong indication of one of the purposes of these mixed race characteristics - the exotic, “different” description. It makes them ”unique” and “special,” in a manner that is most certainly fetishised. In the description above, we’ve mentioned Ivy’s asiatic eyes, however, consider Anita Blake, and how often her black hair is presented as so special (but always assuring us of her glowing white skin). Even Rose Hathaway has her dusky skin mentioned as much as her curves. The “exotic” features are attractive and, yes, sexualised. These mixed characters are written by largely White authors, with no real inclusion of POC, who are not mixed race thereby furthering the project of dividing people of color from each other, because it specifically celebrates hueism. When we consider the history of Whiteness privileging lighter skin people of color or people who are mixed raced, we cannot accept that these portrayals are harmless, because they are based in a historical record that has proved damaging.

The second reason is, of course, the woo-woo. There is a prevailing believe that magic has to come in a brown skin - and it’s glaring that so many of these characters get their magic from their (absent) parent of colour. Mercy Thomas is a skinwalker, because of her Native American father. Anita Blake is a necromancer, because of her Hispanic, voudoun grandmother. Jeremy of the Kelley Armstrong's Otherworld series, has abilities above and beyond normal werewolves, because of his Japanese kogitsune mother.

For some reason, woo-woo and white skin don’t go together well (which we already see by the the inordinate number of magical mentors, advisers, helpers and servants, who constantly come to the aid of white protagonists) - but by having a mixed race character with some “exotic” features we get the explosion of magical forces. This is very reminiscent of white people being “civilised” - people of science and technology - while people of colour are more “mystical” “close to nature” and primitive. In the current prevalent model, authors are able to operationalize the civilised white character, with just dash of “mystical” person of colour to give them woo-woo. The mixed heritage is used as an excuse to give the protagonists magic, without going to the effort of writing a person of colour who is different than White characters based in specific cultural differences that would be natural in a fully fleshed out character of colour.

This naturally leads us to another reason for such faux includions - laziness. The mixed raced character without specific cultural markers beyond the physical, is one of the easiest forms of token inclusion and it frees the White authors from doing any research outside of their own comfort zone. To make the characters minority status apply only as an adjective used to describe them, and never in the actual characterisation or character development requires no work and because Whiteness is not otherwise heavily invested in learning about various cultures of colour therefore lived experience cannot take the place of solid research. These characters are invariably flawed because rather than researching, considering and writing how a person of colour may have different experiences, perspectives and culture markers and or knowledge, it’s easier to put in asiatic eyes, or dusky skin, or curvaceous bodied, or black hair, and then throw in a dead parent (another trope in Urban Fantasy we will certainly be returning) to explain away the cultural ignorance and job’s done - no need for research.

All in all, it’s an unpleasant trope. It has shadows of sexualisation and fetishisation. Their heritage is a tool to be used - but never respected. Mixed blood is a tool for magic; it’s a source of exotic features and it gets some quick and lazy inclusion cookies. These characters live through a lens of whiteness - their mixed blood only adding “quirks” to a specifically white baseline, so that they are just different enough to be understood as a pseudo racialised body, but normalised enough to give the appearance of Whiteness and therefore value.
Posted by Renee at 9:07 AM