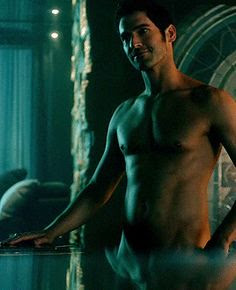 LGBTQ inclusion on television is improving - the rate is almost glacial, and it’s improving only when you consider that the previous standard was “non-existant”,”evil monster predator” or “tragic tragedy of tragicness who dies tragically. Probably of AIDS” (three genres that are still depressingly robust and enduring) - but things are improving.

While over half the shows we’ve reviewed still don’t have any LGBT representation at all, and a large chunk of the rest only have a character for maybe one or two episodes; we are seeing creeping LGBT inclusion among the extras, side characters and brief comic reliefs. Again, glacial progress but… progress… sort of.

What is still very sadly rare are actual meaningful, involved LGBT characters. Major, important LGBT characters with their own storylines, driving the main plot and generally being integral to the actual show. Major LGBT characters and, most rare and precious of all, actual LGBT protagonist in a show which isn’t all about the tragic-tragedy-tragicness AIDS-suicide-stray-bullet oh woe.

And this is definitely something to celebrate. To see protagonists be actually LGBT in a main role is sorely, desperately needed and a huge part of us celebrates every single time we see it. I just wish we could see it a little… longer.

But for many of these examples, the main character’s bisexuality has absolutely not effect on their lives, their experiences, their histories or anything about their portrayal. It’s a simple, usually very brief reference, often in very long running series.

The problem isn’t these characters’ bisexuality, nor these characters’ relationships. The problem is that if your TIVO frazzles or your lose power or your favourite show skips an episode because of some sporting event then you may never actually know that a character is bisexual. Some of these shows have gone on for 3+ seasons and there’s only one short reference in one episode to actually convey this character’s sexuality. You forget to pause it when you go put the kettle on? That’s it - you will never know this character is not straight.

Sanctuary ran for four season and during that time we learned about Helen’s daughter from a heterosexual relationship. We watched as she occasionally flirted with Tesla. Her heterosexuality seemed written in stone and more certainly cannon.  Imagine my surprise when in one of the last episodes of the series, Helen kissed a woman.  Where did this come from all of a sudden? Did the writers figure that since they were done with the show they might as well throw the audience a bone and make a character bisexual. Was it an attempt to collect a cookie and thereby evade the fact that for FOUR YEARS, Sanctuary had absolutely no LGBT portrayal. If one just so happened to miss this particularly episode, you would never know that Helen was bisexual and this has been the trend in a lot of the shows we watch.  When there isn’t a sort wink wink maybe they’re bisexual, there’s absolutely zero inclusion.

Librarians was, in many ways, more understandable in their portrayal. Cassandra was not a character for whom relationships or sexuality were a dominant part of her characterisation. Her struggles with magic, her opinions, her concern over her own mortality with her tumour as well as their ongoing mission were all far more dominant parts of her storyline. There was some minor side will-they-won’t-they with Jake but, really, romance wasn’t on Cassandra’s cards. So there not being any references to Cassandra being attracted to women as well as men is not a surprise - even if it takes 3 seasons for any indication to be portrayed.

This particular twist - the reassuring-opposite-sex-focus, a sudden emphasis on opposite sex relationships to try and assure a heterosexual audience that this brief revelation is all they need to “worry” about is really clear with Lucifer

Lucifer is a recent addition to this trend.  For all of the first season, Lucifer treated Chloe as his main sexual conquest though we did occasionally see evidence of him engaging in threesomes. Said threesomes were also strategically filmed to ensure that Lucifer was never actively engaging with a man and in fact a woman was always placed in the middle. Sure, the viewer could potentially look at a threesome and ponder whether or not any sexual activity occurred between Lucifer and another man but without full confirmation Lucifer’s sexualtiy was at best ambiguous as far as cannon was concerned.

It isn’t until episode eleven (Stewardess Interruptus) of this current season that Lucifer’s bisexuality became conferred.  It wasn’t confirmed with Lucifer sharing a kiss with someone of the same sex but introduced by having Chloe interview Lucifer’s lovers.  Of the long list of people who had sex with Lucifer, only two were male and one of them a murder victim.  Lucifer didn’t treat his male lovers any differently than his female lovers but because it happened within a framework of him pursuing Chloe, it’s clear that this is the relationship which will be the primary relationship.  Lucifer’s potential relationship with Chloe will be monogamous and therefore forestall any further interactions of the same sex. As aforementioned, a bisexual character in a heterosexual relationship isn’t a problem per say, it’s how the writers have chosen to portray it.

For Lucifer’s bisexuality to be confirmed, his sexual and romantic interest in women had to be firmly established and highlighted. We had to see him consider a monogamous relationship with a woman before we could broach the concept of Lucifer being with a man. And this followed several episodes where he pursued countless women.  Nary an episode passed by without Lucifer flirting with a woman. He slept with his therapist for heaven sake. Before this Stewardess Interruptus, in twenty-five episodes, only one man has expressed sexual desire in Lucifer and he was quickly and easily brushed off.  Now, compare this to the many times that we have seen women compromise themselves or throw themselves at Lucifer because of his sexual magnetism. It’s clearly an uneven portrayal.  Bisexuality need not mean an equal number of male and female lovers but it should be an essential part of someone’s identity and not thrown as a way of making said character seem avant garde. If Lucifer was the sexually free playboy, attracted to men and women without shame then shouldn’t we have seen even just one male lover among the many many women he slept with?

This is how it contrasts with Cassandra. While sexuality, romance and relationships have never been a major element in her story, Lucifer has oozed sex and sexuality from the very first episode - it beggars belief his bisexuality would not have been portrayed before this.

Lucifer’s sexuality isn’t about humanising him or having a legitimate LGBT character, so much as it is about emphasising his promiscuity: the whole point of the parade of lovers was to establish how meaningless Lucifer’s sex life is. It’s telling that, after 25 episodes of numerous female lovers (and only female lovers), male lovers are only (briefly) introduced when we need to emphasise how meaningless and shallow Lucifer’s sex life is. This is another common trope - bisexuality used as an indicator of debauchery.

The sad thing is that I want to just unreservedly celebrate this. I want to celebrate that we’re actually seeing LGBT characters in major roles, as protagonists even! This is so rare! And so important! But I’m sadden that my unabashed joy has to be tempered with the knowledge that if you missed one episode - or even 5 minutes of one episode - then the audience would never ever know that these characters are bisexual. I’m saddened that this excellent inclusion can be so easily missed and quickly forgotten. I’m saddened that these powerful, important roles and revelations need to be sandwiched with coded-reassurances of locked in or highlighted opposite sex relationships to comfort a straight audience (again again again, not that the presence of opposite sex relationships is a problem, but it’s the need to turn up the volume on them and focus the spot light in preparation for the bi-reveal).
It’s especially sad when these very brief, you-may-have-missed-it-because-you-had-to-let-the-dog-out reveals may be the entirety of the LGBT portrayal in an entire show (as is the case with Librarians, Sanctuary and Witches of East End. And the only reason it isn’t with Lucifer is because Mazikeen has had her own oh-shit-the-phone-rang-so-I-missed-it reveal moment). If you miss these brief references not only do you miss that this character is bisexual, but you miss that LGBT characters exist in this series at all. We have a constant LGBT presence which is excellent, but only 5 minutes to show that for the entire show. Your LGBT inclusion is constant, but your LGBT portrayal is downplayed and brief. And it can be especially glaring when, after following these characters through their various adventures, we only learn very belatedly something we would have expected to have been clearly depicted long since (oh Lucifer there really is no excuse).

I don’t need Cassandra or Lucifer or Joanna or any other characters to be in mandatory, essential same-sex relationships all the time, certainly not. Nor do I say their bisexuality or LGBT-ness is in any way lacking, because that’s certainly not the case. But it is sad that the more prominent and important an LGBT character is to the plot, then the more their actually being LGBT is obfuscated. It saddens me that their sexuality is reduced to a 5 minute reference, never to be relevant again, that the writers make no effort to include more signifiers as to how it affects them, their past, their present, their opinions or anything about them.

An example is Dutch in The Strain. It’s still not ideal and I certainly have issues with the portrayal, her character and ye-gods she can do better than Ephraim - but even when in an opposite sex relationship, Dutch’s bisexuality is still present and an informing part of her character. We’re never put in a position where we’re expected to forget Dutch is bisexual.