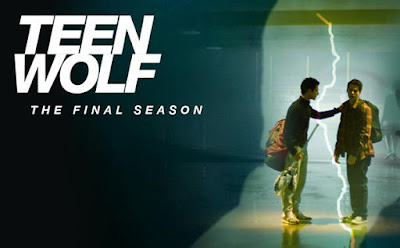 Confrontation time – and nearly everyone has now been disappeared to the Wild Hunt Station. Including Noah Stilinski

Yet Liam and Theo are still running around. It’s like the Hunt wants us to suffer.

They fight the hunt to keep it busy – and manage to do this all episode. All episode. Seriously the most dangerous, skilled fighters in this entire town have lasted no more than 10 seconds but Baby Wolf and Traitor Who Should be Dead manage to fight them for a whole episode?! They actually engage in wrestling.

And Theo sacrifices himself. Because of course he does. Don’t even pretend this character is good now because his murder dreams of his sister make him feel guilty.

Now to characters we care about

Last episode Scott, Malia and Lydia realised the best way to get Stiles back (and, hopefully, save the world) was to remember him as much as possible

Memories involve near death experiences. Apparently. This is how memory works now.

In this case they’re going to freeze themselves nearly to death and hope this induces a hypnotic state and allows them to then access their memories: with Lydia guiding Scott and then Malia’s memories

This leads us to a lot of powerful flashbacks to some of Teen Wolf’s past awesome emotional connections. Including that almost suicide scene. For the inevitable clip show episode it didn’t do so badly, it wasn’t that gratuitous and it was actually quite effective. They discover it’s less about memories and more about emotional connection.

Doesn’t leave me much to write given we’ve spent several years recapping Teen Wolf, though.

After going through Scott and Malia they confirm that Lydia is the one with the most profound bond to Stiles (hey Teen Wolf it’s bad enough you had Alison declare her eternal, SOLE love for Scott on her deathbed while Isaac and Kira watch – and now we get to see Malia tell Lydia how she had the most profound bond with Stiles? You’re cruel Teen Wolf so very cruel).

Lydia opts out of near death by freezing because she’s human and sensible. Instead she opts for actual hypnotism. See, she’s the smart one. Also Malia attempting hypnotism is hilarious.

We have another montage of moments and Lydia remembers she was the last person to see Stiles and he asked her to remember him… and he said he loved her. And she didn’t say it back

BANG with that emotional moment we get a bright light. No reveal of Stiles but I’m going to guess that Stiles is coming back