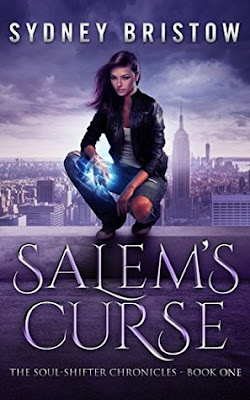 I stopped reading this book because I was wondering when it was actually going to start and when we’d get past the painful, introduction exposition and a whole lot of really clumsy dialogue then realised I was 40% in.

When you think a book hasn’t started and you’re 40% in, that’s a problem. Everything about this book was so terribly infodumped in such horrendous detail. We were warned – we started this book with Celestina begging her evil granny to restore a week of her memories that were stolen from her several years ago. This exchange goes on for pages and pages. Honestly by the end I didn’t care what those memories were, I was so done with this argument

It doesn’t help that this whole argument was designed to tell me that granny is evil but it didn’t quite work: granny made you attend debate club and martial arts training? Extra-curriculars are hardly abusive.

There’s a laughable moment where Celestina has a mental rant about how long it took her Aunt Serena to open the door – it’s necessary because she and Justin have just spent 8 pages on the doorstep having a discussion, infodumping Justin’s powers, his history and a whole lot of random information on the doorstep. As you do. Serena has to take 20 minutes to open the door because if she didn’t Celestina would never have had chance to ramble along and Justin wouldn’t have had chance to talk about not feeling anything to a complete stranger

After which they’re allowed in to which we have 31 pages of everyone talking at each other. 31 pages. 31- and that’s when I stopped so it could have kept going and going and going like an especially dreary Duracell bunny.  It’s also so convoluted and/or repetitive as well – we literally have people stand up and describe their powers. We have a long diversion where Serena’s demon boyfriend angsts about how he has to suck lifeforce and rob people of their life – which, yes, is totally a reason to be sad but why are you having this argument in front of 2 strangers or near strangers who have literally come from where Zephora, she of the big badness, is rallying an army. This. Is. Not. The. Time. We again talk about Justin not having his memory. And we talk about trust

For pages on pages on pages Serena and Celestina talk about trusting each other – completely brushing over the whole fact Celestina has only known Selena for a week – and that was years ago – and that was then stolen from Celestina’s memory. But Serena & co act like if they keep hectoring her she will start trusting them. She also doesn’t really explain what she wants from her as a gesture of trust – she just wants… trust. And is willing to argue over and over about it. And her boyfriend powers. And Justin. And whether he can be trusted. And round we go again.

There’s a lot of this infodumping that just feels really convoluted as well. Like Zephora gathering a gazillion supernaturals in a hotel so she can info dump her evil plan to them all and Celestina who happened to be tagging along (by the way. She takes 10 pages to find her seat. 10. 10 pages to find a seat. JUST SIT DOWN) explaining who everyone was and then evil granny Zephora asks her to come stand in front of the audience and introduce her as her second in command (a role she has been prepared for not by informing her but by attending those aforementioned extra-curriculars. Sure that’s an 800 year old vampire but you went to debate club girl, you got this!)

To top it off, there’s Justin who is hot. He’s a demon (whatever that means, never actually explained that much) he has no emotions and Celestina thinks he’s the hottest hunk of manflesh she ever did see. She tells us. At length with some glorious descriptions which really just showcase the writing:

He shut the door and walked with an arrogance mixed with just a tinge of humility.

I wish to see this walk. Does it swagger and then throw in an apologetic skip or something?

I couldn’t stop looking into those kind, humorous eyes

{Aside, this is the man with no emotions, remember}

I wanted to hear him say my name with that same sexy deep voice. I wanted to feel those strong arms around me, feeling safe and secure with a man who fought for the one he loved. And he would fight for her. His smile, his voice, those kind eyes… they told me everything I needed to know about him and more.
Justin was not an ordinary person who talked around the truth or told white lies. He wouldn’t like; probably found it morally reprehensible the same way I did. He believed in trust and loyalty. He would stand by his convictions and fight for hat he believed in. And he would never give up on those he loved. My soul told me all that just from this conversation. And yet, he was a demon

She. Has. Known. Him. For. 10. Minutes. It’s been a long time since I endured this much purple prose.

Under the weight of his eyes, I felt small and insecure, but I also felt beautiful, something I’d never really considered because my hair was too tin, my face was a little too wie and my skin was so fair. But he made me belive it. When he turned back to the road I couldn’t stop admiring him. Those chiselled cheekbones. Those unyielding eyes. Both seemed calm and steady

{his cheekbones were steady? Or did you expect one eye to be steady and the other to be freaking the fuck out? Also this like the 4th time she’s described the unyielding/impenetrable yet kind eyes}.

But I could tell they’d burn hot and bright when the circumstances called for it.

Then we have her babble dialogue

“This is just too weird.” Despite that, I loved the way he moved, so fluid and confident, so strong yet carefree. “Maybe that demon I killed shot me with some kind of freaky anaesthetic into me and I’m just hallucinating”. Why was I babbeling on like this?

{this is my question for the whole book}

It had nothing to do with how incredibly gorgeous I found him. It was probably because my mot was too dry. Yeah, that’s it. Other women didn’t act like this around hot guys. And being a total social butterfly, of course, I’d know how other women felt about men like Justin.

What adds a layer of hilarity is that not only is she doing this over the bodies of 3 demons they just killed, but it is actually taking this much time. Justin asks her at least twice why she’s just spaced out into her mental monologue. This character just FREEZES for mental babble.

This is the dialogue, this is the text. And the infodumping is no better –in that same car drive while she’s rhapsodising about how hot he is Justin has to explain to her that demons are chasing her because she told Zephora she wasn’t interested in being Head Evil Henchman. She’d just left the hotel 2 minutes ago – literally running for her life – but needs that explaining. No, really, she asks him questions and acts confused

I honestly could go on for 10 more pages just quoting chunks of terrible writing but I think the point is made. I absolutely cannot go on like this, it’s painful, it’s work, it’s not even close to entertaining