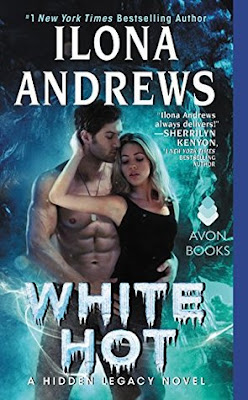 
But when Cornelius pleads for her to find the murderer of his wife, she feels she has to get involved. When a paedophile kidnaps a young girl she feels she can’t not use her magic


And when she uncovers a magical conspiracy that may destabilise the entire city if not the whole country she is again pulled in. More and more Nevada is drawn into Prime society.


But I think more than the magic world building I love how the politics between the Prime families and how they interact, the rights they have, the privileges. The magic is there and underpins everything which shapes both history and politics which in turn shapes the characters and their experiences-  but it’s more the maneuvering than the shiny powers that drives their actions.


Though I love how the powers are depicted, especially the subtle and horrifying impact of Nevada’s own power. As well as the comic and scary effects of her sister. Or how the power to talk to animals can render humans socially awkward. These are all excellently put together


I like the thought that has gone into magical intervention as well - how if a powerful magic user intervenes in one disaster they’re then blamed or attacked if a similar disaster strikes and they don’t step forward.


And the romance. This is generally where I say how much the romance is a distraction and how I hates it and, well, if you’ve read my reviews you know the drill of my annoyance. However, here is the mold being broken -ok i do think we, perhaps, spend a little more time on the romance than is ideal considering there is so much plot and world to get through but I can recognise that as a personal preference thing. What I do like is the conflicts between them - because they’re reasonable and sensible and don’t require one or both parties to lose their ever loving minds in order to have a disagreement.


Rogan is ridiculously rich and powerful and he decides he wants to protect Nevada - but in trying to do that he is using his vast wealthy to control her and the land and people around her. He sees this as defending her while she, rightfully, rejects this as it gives her a ridiculous amount of power over her, completely removes any chance of having an equal relationship - it’s not just that he has so much more wealth and power and influence than her but he’s willing to use it without consulting her of helping her.


Nevada is clearly right on this front - his control over her, his arrogantly deciding he knows what is best for her is clearly a problem. He’s right that she’s vulnerable and the political forces that are set to prey on her are more than she can defend against - so he’s not exaggerating or just making up a threat, but equally that measure of command and control without consulting her. There’s an excellent quote:


“For any kind of relationship to work, I have to have the choice to walk away from it”


Which is an excellent point on consent we’ve talked about before and I love to see it here.


On top of that arrogance there’s Nevada’s unwillingness to be a fling to him and his reluctance to push for an actual relationship are red lines for her. There are conflicts between them, but they are not unreasonable or foolish nor do they consume their story or make them unable to work together or co-operate. And when they start to come together it’s only after these issues have been aired and they begin to be addressed as something that matters


This book is an excellent one for exploring and developing Nevada’s character as well as her powers - in fact her powers feel very much secondary to her own personal growth. As she gets more involved in the world of the Primes and her powerful magic families she grows with it, thinking more and more in terms of politics, of things she has to d to keep her family safe. I can really feel her mind moving from the beginning of the book: family orientated, recognising the need to keep low and not stretch beyond safe limits: basically keeping their head down before expanding when she realised she had to engage in this society. Throughout that we can see her both motivated by compassion and money - and I like that money is a motivator and in no way is this shallow or looked down on. Nevada has relatives who need education, she has a business she wants to keep going and the family has been hit hard by her father’s devastating medical debts: it’s excellent that they’re open about the need for money and how much that money is important beyond simple greed. Relating back to their relationship that means Rogan is increasingly worried about their relationship on the basis that as Nevada thinks more and more like a Prime then it will change their interactions, as two Primes rather than 2 people.


This also touches on Nevada’s friendships, exploitation, connection and her value as a prime complicates all of this - and she is a woman with friendships and some very powerful, awesome female family members which is also excellent and wonderful to see as well as several powerful women around her (she hero worships the female attorney general).


There’s also a stark depiction of Rogan and his PTSD, after being a soldier for so long and enduring horrific combat experiences surrounded by atrocity he has no middle gears, he constantly is in combat mode, his reactions are excessive and it’s an ongoing element of his character that isn’t magically cured and pretty much affects everything he does.


Lenora Johnson the District attorney is a Black woman, many of the people who work for Rogan and have his trust are POC, including Black, Asian, Latino and Native American characters. They don’t play a major role but are constant. Cornelius’s wife and daughter are asian, but his wife is dead when he book starts and while there’s a definite effort to include lots of background diversity, foreground… well I think there’s a lot of characters who can become more meaningful
There are no LGBTQ characters


Reviews of Ilona Andrews’ books are difficult because copy & pasting “Awesome” 100 times is just considered repetitive and dull. However:

Also if the news ever reports that these authors have hunted down their cover artist and stabbed them repeatedly? Justified