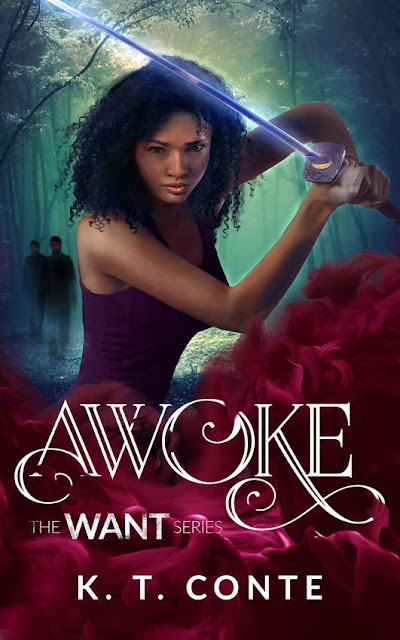 Katya has spent a long time struggling with her visions and ability to see things others cannot - but she has managed to carve out a normal life and put that behind her. It’s not perfect, her boyfriend is certainly far from it - but it is a life with normal problems.

In as much as anyone has normal problems in a world which seems ever more pressured, with growing earthquakes and horrors.

Until she meets Gregor, Kyrios, supernatural agent charged with making sure the dead cross over - and the monsters that haunt her and prey on humanity are dispatched. Those monsters are becoming ever bolder and more dangerous - and Katya with her unique ability and power may be the key to saving the world

We have an intriguing world setting here - one that takes the concept of demons and does something quite original with it. The Want, these beings driven to feed on human life energy and doing whatever they can to increase the number of vulnerable dead people to feast on. It all establishes a very frightening and overtly awful antagonist with enough variations to make for a varied enemy while not overloading the plot.

But the origin of the Want works well - without spoiling because it would be a shame, it adds a level of complexity and even tragedy beyond the atrocities they inflict. And this is further complicated by the Kyrios’s role: both as shepherds and warriors and how they actually come to be created.

I like that - I like how we’ve balanced a relatively simplistic thread of an antagonist but then included enough complexities to prevent a simple good & evil reading of the world. Which works well with Katya’s own growth because, as an outsider to this she does arrive with a narrow viewpoint which in turn makes it difficult to fully integrate her with the Kyrios

I also like that this, the first book, has been smart enough to include some more hooks to the world building - specifically nodding towards angels - while resisting the temptation to stuff all the things into the first book

Other than the romance, which I’ll get to, I generally like the plot - it moves well but does have a pacing issue in the middle. We’re told about the terribad awful things the Want are doing in the living world and how essential Katya’s help would be but she doesn’t seem to be spending a huge amount of time training or, well, doing anything about it.

I do like Katya’s working with the Kyrios - there are times when I thought we were going to see some signs of Keillie Independence and Spunky Agency. But Katya doesn’t run off on her own or decide to ignore the input of others. When she acts emotionally and angrily towards the Kyrios hierarchy it fits: it’s not necessarily how I’d act, but I can see her firmly drawing her lines. She isn’t a member, she isn’t a servant, she’ll be polite but expects the same back, it works really well

On top of this interesting story and world we then decide that our ancient immortal warrior will fall in love with our teenaged, high-school attending protagonist 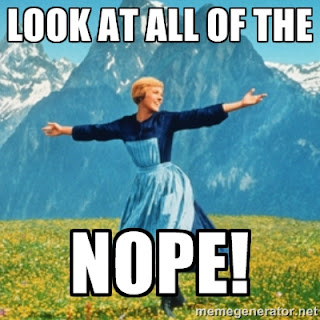 An all-too-predictable plot element that is as welcome as Gregor’s absolutely terrible Scottish accent. Honestly it was difficult to read his voice, it really was. But I saw absolutely no need for this romance - nor for all the Kyrios, undead fighters against invading demons, to be smokingly hot. Katya even says this and it just seems bizarre - the physical attractiveness of the protectors of humanity seems moot: and since they are dead humans can only hot ones apply? Do ugly people not have the necessary mojo?

I think Gregor and Katya could have been equally bonded in mutual respect, in mutual goals and even if she did find him smoking hot he could have decided that they’re not going to go there, for real, because she’s a teenager and he’s an ancient, many centuries old adult who could practice some basic self control. Instead we then have semi-but-not-really love triangle, lots of really dubious “he loves me no he doesn’t yes he does” moments which; again, when you’re an adult with a really vulnerable teenager is even worse than pulling that hot & cold nonsense on another adult. And it allowed us to introduce Lady-Who-Is-a-Villain who would have been absolutely fine as a villain and had a perfectly good motivation for villainhood and had to be JEALOUS-Lady-who-is-a-villain because of course. In addition to being simply problematic, I feel that it took up space which could have been used far more productively: like on Katya’s training or developing her relationship with her best friend Cynthia who makes such an important part of Katya’s life

Our protagonist, Katya, is a Black woman and race is carefully wound into her character. From her failed relationship with her highschool boyfriend (which also excellently laid out his flaws and selfishness and how a relationship can be broken and even abusive without overt violence). Her race informs her, is a clear part of her character, is important to her and never dismissed without any level of tokenism or caricature. She’s an excellent character. She also has a racially diverse circle of friends, we only meet a few but early on but Black, Asian and Latino people are very apparent: and her closest friends who we see more of are Latina. This continues among the Kyrios - the high council is led by an Asian man and there are numerous POC represented among them - the majority. We meet several Kyrios where racial diversity is the norm - as should be expected from a group that recruits from people all around the world - and the third leg of her love triangle is an Asian man. There’s a clear consistent dedication to showing

Unfortunately there’s no LGBTQ inclusion in this book despite the large cast - and we have a more-than-a-little-tasteless gay “joke” as Katya decides to tell her friends that Gregor is gay for no apparent reason which apparently deeply angers him and deeply amuses her. It’s puerile, unnecessary and adds nothing especially to a book that has no actual LGBTQ characters. It’s disappointing

In all I like very much how this book has begun, I love Katya and how she makes her way through this plot and I definitely like the world laid out here. I’m intrigued, I’m interested and if Gregor could take two big steps back I’d be super happy