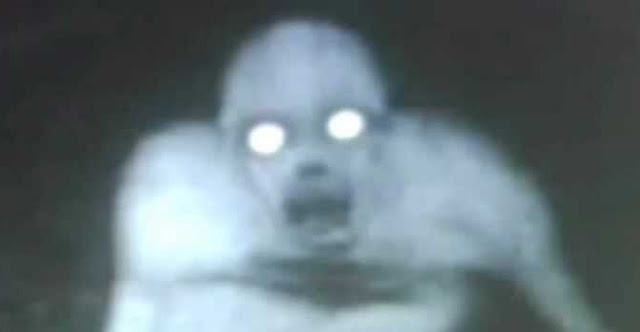 One thing I appreciate about a good Urban Fantasy series is world building - I do love a nice, complicated, involved, rich world with all these wonderful supernatural gribblies all co-exist with humanity, their politics and how it all comes together in wonderful complexity

But what I really really want to see and very rarely do is how would normal daily life change with the existence of the supernatural? Perfectly, normal mundane people living perfectly normal mundane lives - but in a completely abnormal, absolutely supernatural world.

Take Haunting for example. Now in our perfectly mundane world where, if ghosts do exist they don’t do a whole lot, we have spooky cemeteries and spooky haunted houses and all kinds of scary places. But in, say, Supernatural’s world where ghosts regularly up and murder people for all kinds of random reason what happens then? Do cemeteries need armed guards? Are abandoned buildings quickly demolished? Are abandoned asylums nuked from space? Are people more likely or less likely to silly things like camp in cemeteries or examine abandoned hospitals?

Are cemeteries armed camps? Do people even HAVE cemeteries? I mean in a world where angry ghosts, zombies, vampires, ghouls and who knows what crawls out of the grave on a regular basis, cremation looks like a much better option. Debates of religious freedom and the rights of the dead are likely to fade quickly after the fourth near zombie apocalypse.

And what about museums? I mean when a good third of your exhibits are cursed, haunted or coveted by some terrifying immortal being of some kind, how do you even function? Suddenly Indiana Jones actually looks like a reasonable way to go about Archaeology - though, I’d want a damn site more than a whip when any of those tomb being robbed could still be occupied by scourges, curses and monsters. Seriously I want to see Archaeologists dressed like this:

But then, the whole profession of historians must be fascinating when it becomes more a case of skilled interviews with beings that may try to eat you. I want to see the plucky historian detective interviewing vampires about what really started the Great Fire of London and figuring out which one had an agenda. Or working with mediums to learn what various ghosts knew only to find them trying to manipulate history - or being totally uninterested. Or wanting to tell their relatives how pissed they are. And yes, I’d love to to see a professional medium whose job is to track down long lost relatives and read them the riot act. Or stand up during a eulogy and yell “your granddad says you need to fuck yourself!!”

And what about Urban Legends? All those little Superstitions? What does a world look like where saying the wrong thing in front of a mirror will get your eyes torn out? How many random superstitions are there every day? How many monsters can be invoked by stepping on cracks, how many monsters lurk in closets and under beds?. Never mind fearing vampires and werewolves, does fear of the Slenderman keep people in their homes at night? Do superstitions become laws? Do we make paths without cracks? Do we just flat out ban mirrors because of all the many many many many many terrifying myths and legends attached to them?

How do we incorporate magic and woo-woo into the real world in a wonderful mundane fashion? Is the 9-5 work day warped by the presence of so many nocturnal creatures? Do hospitals have witches on site for some woo-woo help - or to identify curses? How do police even deal with a populace that can regularly turn into a tiger or is pretty much immune to mundane weaponry? Do you need a species check in hospitals before beginning treatment? What do planning laws look like when you ley lines, feng shui, and various enraged supernaturals could cause all kind of nonsense if not handled carefully. I want to see a room full of super boring elderly people sit around a table and question the ramifications of disturbing a local standing stone and whether they have anti-leprechaun measures in place.

And how do you even run a religious service when the people you’re actually preaching about, or their representatives, may check in. And maybe give you marks or critiques. I can picture a reverend stuttering as Gabriel sits in the back pew with a clipboard, a red pen and a judging expression? Or Abaddon shows up to heckle.

There’s so much potential for the wonderful mundane ins-and-outs-of our world being affected by magic, monsters and general woo-woo. I’m sure there’s a vast well to explore here