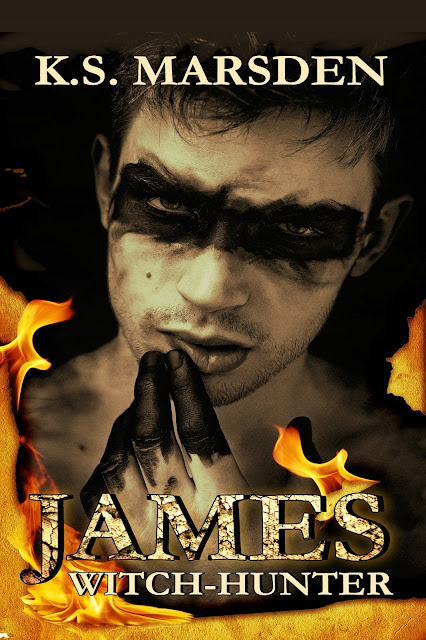 James has managed to get a scholarship for Oxford University. He expects challenges from academics, from sports, from being a poor notherner in the elite college. He even could handle a dangerous and unpleasant room mate

He did not expect murder. He certainly didn’t expect witches, witch hunters and being in the middle of an ancient war.

One of the hardest kind of reviews to write is for a book that…. Isn’t terrible? Especially when that kind of covers everything you need to say about it. Honestly I find reviews like this are both harder to write than a review that condemns the books very existence and an utter offense to the eyes of everyone who read it and in some ways more damning. I mean, everyone can read my passionate loathing for a book yet somehow it feels better than my… mild amusement?

But unfortunately mild amusement is the best this book gets from me: I don’t dislike by any means, I enjoyed it, it was an entertaining read, but there was nothing especially unique or compelling about it that drew me in or made me want to pick up the next book

Like the enemies - they’re witches. I do appreciate that the book took steps to distance evil, non-human witches and actual wiccans so we’re not demonising a whole religion, so applause (I also like that secrecy in this case is maintained because past witch hunts have shown what damage revelations can bring). But the book also did very little to define what witches were other than “evil”. Inherently evil - evil for being born, power hungry, ruthless and dangerous. It feels.. Cheap to just decide “hey evil” especially when your antagonist is so very near-human. This leads to things like the Council “binding” witches magic so they can’t use power - does this happen every time or just witches who commit crime? Is there any kind of nuance in terms of sentencing? Can witches be seen as possibly innocent? Do all of them need binding? These are all elements that aren’t explore and even james, as a man who chatters incessantly as he tells us, fails to look at even remotely.

There’s also very little exploration of magic beyond “it exists” and less real making magic an actual appreciable of the story or the witch’s existence. You could, honestly replace “witches” with vampires, demons or wereracoons and not appreciably change the story. The actual nature of the bad guys is pretty much irrelevant, they’re just a rather Generic Bad Thing to fight

Similarly, while there’s a little more information on the Hunters, in that we know they have a council and Generations, with each generation having more abilities. But there’s, again, painfully little exploration of this. How do they get these powers? (And their large stash of magical artefacts for that matter) WHAT are these powers (beyond an ill-defined magic sense?) Are they human? What counts as a generation? Does one or both parents have to be a Hunter? What about James who is a “first gen” does that mean his children would become second? If so how is this inherited?

And why isn’t James asking these questions? Without this the world building just falls flat. We have Generic Hunters attacking Generic Enemies. We have some good fight scenes, James confronting the reality of killing and fighting for his survival are well done. The basic characterisation and James and Charlotte is really well done (Hunter not so much, being more two dimensional), including James’s experiences as a poor northerner in often elitist Oxford, his own habit of babbling and general decent personality make him interesting and intriguing and someone I can definitely identify with. And Charlotte is intelligent, capable and definitely a skilled and useful ally and confidant. These characters were what made the book worth reading for me but ultimately, very little was done with them that hooked in me. That also applies to the general amount of the supernatural here - until we get to the last third, even the last quarter, I think we spend more time on James’s rugby playing than we do on witches, hunters et al

There are no minorities in this book at all, despite Oxford and Oxford university, being multicultural centres. There’s also a dubious gay joke in the book - I’ve said it before and I’ll say it again: gay jokes and bigotry are annoying at any time but extra annoying when you don’t even have any actual LGBTQ characters

In the end, this book could have been a lot more, I think. It had some great characters and great potential - but the supernatural elements were lacking and the world building sorely unexplored or developed to create a compelling, original story. Without the detail, we had excellent characters in a very generic setting.