The Librarians, Season 4, Episode 8 and the Hidden Sanctuary

Opening prologue: a boy abandoned and alone in the woods happen to find a fairy which he frees…

Now to the Library - and Cassandra having a terrible nightmare/memory of a recent mission in Ecuador which nearly went badly because everyone was relying in Cassandra and she panicked and had a meltdown.

More terrifying - Jenkins is losing his vision and reminding us of his mortality... 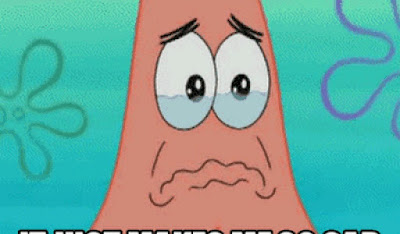 Jenkins encourages her to talk because Jenkins is made of awesome. She faced death and panicked - and though she has faced death before it was the certainty of it. She was terminally ill, she knew she was going to die soon. Knowing that she could die on missions meant less to her when she didn’t have much life left, when the possibility of a long, normal life was completely out of the question… now it’s possible to have that long life she’s afraid to risk that. And that fear stops her thinking

She does - and decides to take a sabbatical to the normal world. As we’ve seen in previous episodes, Cassandra doesn’t know what this means. She’s never had a normal life - she needs to experience this if she wants to make an informed decision.

Eve freaks out. And it’s perfect. From seeing her team dissolve, to the abandonment she already feels after Flynn to a HUGE dollop of mother-figure-empty-nest-syndrome, Eve is not remotely happy with this. But Jake and Ezekiel are much more supportive

So she chooses a town that is the safest in America. There she finds… an improbably nice and peaceful with dubious barbershop and creepily friendly town. I would be running but Cassandra fits right in. She rents a room from Karla (who has a son called Freddie who is far far more sensible than anyone else in the town). She gets a job improbably easily as a librarian and quickly fits in in this impossibly perfect town, taking up baking, public events, quilting and all to a superior degree because she’s a Librarian and awesome. It’s in the job description.

But the town becomes more and more obviously wrong. They have a record of 10,000 days without an accident. The town has no traffic signs or fire departments because everyone is so very very very safe. Cassandra is nearly hit by a car and manages to avoid it improbably. It’s just such an improbably perfect town.

She also does an amazing job of introducing Freddie to the joy of reading but Freddie is playing the role of the only sensible person here and repeatedly tries to get Cassandra to see how very very very very very weird this town is. Much to his mother’s annoyance because she wants him to stop asking questions - she lived in such constant fear before she was desperate to move somewhere where she can feel safe

Cassandra tries to back off on him, but Freddie shows her his impressive array of research. She desperately clings to her denial but his research is thorough and her Librarian brain can’t ignore the obvious. Especially when he puts his arm in a bunsen burner and isn’t hurt…

He points out everyone is ignoring it - including Cassandra - because they so want it to be true. But it hasn’t calmed everyone’s fears - just moved them. His mother is so terrified of the outside world she won’t even let her son go one town over.

This becomes abundantly clear when the magic cracks and there’s an accident in town. An accident in which a man breaks his leg (causing some trouble as they’d closed the emergency room). The town goes into uproar, utter panic at this relatively minor accident. Panicking further over the benign activities they do every day - like sewing with oh-so-dangerous needles

Living so long without any kind of risk at all has left them unable to properly evaluate risk or deal with fear or tragedy or worry. Even the slight possibility of minor injury is met with utter panic.

And what do panicking humans do? They find a scapegoat to attack. And the person who most recently arrived is Cassandra - who promptly finds herself running with an angry mob behind her.

She tries to reach the Library but the barrier around town makes it hard to get any contact out. She begins to worry about doing things alone - but Freddie steps in with more research and confidence that she can. She examines his evidence and photographs and realises there’s a fairy around.

Fairies aren’t her specialty - so it’s research time before they run into Councilman Weeks. The sappy but kind of nice guy who is the kid from the beginning all grown up. The fairy offered him a wish for freeing it and he wished for his dad - who just died in a car accident. But fairies can’t restore life to the dead. So instead he asks for no-one else to get hurt. And the fairy has been zooming around saving everyone since then. Until now

Because Cassandra arriving through the magical gate from the library which damaged the fairy’s presence. It technically is her fault and councilman Weeks pushes the mob to blame Cassandra. But Freddie protests, epicly blames everything on him and proves it by breaking the fairies’ prison. Which does indeed free the fairy and prooves that Wilks is to blame

Except said fairy has been imprisoned for the last 20+ years, enslaved and forced to protect humanity from their own stupidity (and in a town where everyone assumed safety that would have taken a lot of work) and she is SUPER ANGRY. She decides to kill everyone, most inefficiently so everyone has chance to run and hide in the Library and blame Weeks. But Freddie speaks up about how they’re all responsible. Everyone knew something was up, everyone knew this wasn’t real, wasn’t possible - but they all ignored it all because it was convenient to them.

So they all turn and rely on Cassandra to save them all. She has another panic moment - everyone relying on her, everyone afraid. But she works through her melt down with a plan

It works, drawing on her fairy lore and research and using the towns people to lock up the fairy with iron long enough to reason with her. She doesn’t really want to listen to reason given she’s full of rage and vengeance. But Cassandra points out that she owes Freddie a wish since he rescued her - and he wishes that she know fear.

Experiencing fear for the first time she realises how terrible it is to be human and why humans do foolish and even evil things and decides to forgo her vengeful rage.

That leaves the town to choose a new mayor - they choose the Librarian - who sets out to make safety of the town a priority. A simple realistic look at safety. Like having road signs and fire departments

And Cassandra returns to the library, welcomed home and sure of what she wants to be. Screw you Derrington Dare

So we have Cassandra truly affirming what she wants to do and what she wants to be. We have lots of technically-good-but-not-exactly-novel messages: fear cannot be eliminated, a safe sanctuary can become a prison if you can’t bring yourself to leave it, risk can be sensibly managed but it cannot be removed, and if something looks too good to be true it probably is. Oh and fear turns humans into very very very very silly creatures. I think the really good one came from Freddie - that if you don’t question things you are responsible for the result. That ignoring inconvenient truths for your own comfort makes you definitely culpable in the result. You can’t let others do evil on your behalf and not be responsible for what is done for you.

I do hope Freddie, Librarian in waiting, shows up in the future. He would be an excellent choice (and some nifty none-troped diversity)