The Problem with Fandom in Urban Fantasy 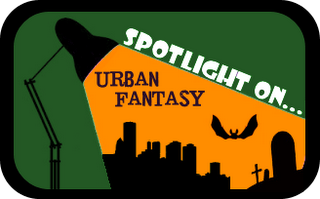 As you know, I have been watching and reviewing Buffy The Vampire Slayer for a project that I am working on. I have written a review for each season, and each time I do so, some silly fan nonsense occurs.  I am of the belief that because we live in an imperfect world, that you simply have to say fuck it I like it from time to time, otherwise you would never be able to listen to music, read a book, or watch a movie or television for that matter.  There is however a line between saying fuck it I like it, and ignoring the multitude of isms that are perpetrated daily in our mainstream culture. It is more than possible to think critically about a text and still enjoy it. Warts should never disappear, because when they do, it means that we are internalizing an ism that is harmful, or we are openly and passively denying our various privileges.

On a post I wrote regarding the chaste lesbian relationship in season four of Buffy the vampire slayer, quite a few of the people who follow us on tumblr were upset, but one response really stood out to me.


Uh just so you know, the network that Buffy was airing on at the time, the WB, wouldn’t allow them to do anything more than hold hands. They weren’t allowed to kiss, they weren’t allowed to be shown in bed together. Joss Whedon wasn’t the culprit in that area, and what he did with their relationship with the boundaries set, was absolutely amazing to the point where Alyson and Amber got letters from fans saying they didn’t kill themselves because they were in that relationship in Buffy.

What the flying fuck.  Yes, to defend the fact that two meters of air were kept between Alyson and Amber throughout the season, except when it encouraged the sexual fantasies of a straight male, the author decided to invoke gay suicide.  My head began to spin. The rate of gay teens committing suicide is absolutely horrendous, and to invoke this to defend Buffy is unconscionable.  Something this serious should never ever be used as a ploy.

Even if I were to believe in the veracity of the above statement, how exactly does this change the fact that the relationship between Willow and Tara is unreasonably chaste in comparison to the heterosexual relationships on Buffy the Vampire Slayer? If people embraced the relationship, it was not because it was good, but because it was the best of the bad at the time.  Buffy the Vampire Slayer may have been progressive in terms of the GLBT community for its time, but it is far from progressive.


When I wrote about the racial erasure in Buffy, I was told that I was focusing on the wrong thing and that I should have paid more attention to the feminist undertones of the show.  As a woman, I can absolutely agree that strong female characters are needed, and should be supported when they appear, but as a Black woman, I cannot in good conscience stand behind the idea that the only real example of a strong woman looks nothing like me, or any other WOC for that matter.  As of half way through season five, I have seen three slayers of colour, and each one was quickly dispatched.  What does that say about the value of WOC?  Woman cannot simply mean White woman.

I honestly don't comprehend the difficulty with being a critical fan, and yet when it comes to people like Joss Whedon, Cassandra Clare, or Octavia Butler, the slightest critical engagement often leads to a rapid denial.  When I wrote about the pedophilia in Fledgling, rather than consider the fact that Shori not only looked like a prepubescent child, and that her own race of people the Ina, considered her to be a child, many quickly set about justifying it. I have only read one other book by Butler and was once again not sufficiently impressed, but as an avid reader, I can completely understand what it is to adore an author and their work. If we can agree that we live in an imperfect world, it thereby follows that whatever is produced in said world is also flawed.  This means that every text, no matter how much we are fans of the genre or the author, is in some way problematic. One does not have to go actively looking for fault, for it to exist.

I know that part of the denial is based in the fact that we are dealing with genre that few take seriously. It does after all involve, fae, werewolves, vampires etc., - essentially flights of fancy about a world that is supposedly not akin to ours. This fact however is not reason enough to give the genre a pass.  Consider for a moment the current resurgence of urban fantasy.  Between the Twilight juggernaut, True Blood, The Vampire Diaries, Teen Wolf and the various books that have not yet been converted to television or movies, we are talking about a massive market share in terms of entertainment. When millions of dollars and countless hours of time are being devoted to creating, consuming and circulating new texts, how can we justify ignoring the multitude of isms that are daily reified in urban fantasy?

As I read through some of the comments at Fangs for Fantasy, what I discovered, was that our sincere critique was often seen as a dislike of the genre, when nothing could be further from the truth. I would never spend the kind of time that I do reading and watching urban fantasy, if I didn't absolutely love it. In fact, it is my belief that our continued critique, is a testament to how much we love the genre, because few will actually take the time to look at it critically, because far too many think that it is beneath them.  This attitude is not something that is unique to urban fantasy, far too often texts in popular culture are demeaned simply because they appeal to the masses.

Finding something we truly like is a good thing, especially when we consider how much nonsense is thrown at us on a daily basis, but should POC, the disabled, the GLBT community, and other marginalized people put up with the tropes that are harmful, and in many cases out right erasure, so that you can enjoy your fluff in peace?  If the answer to that question is yes, then you clearly have a problem owning your privilege.  Discrimination of any kind should never be acceptable, and until equality becomes a project for all, we are always going to live in a society where certain persons are considered to exist without value.
Posted by Renee at 9:30 AM